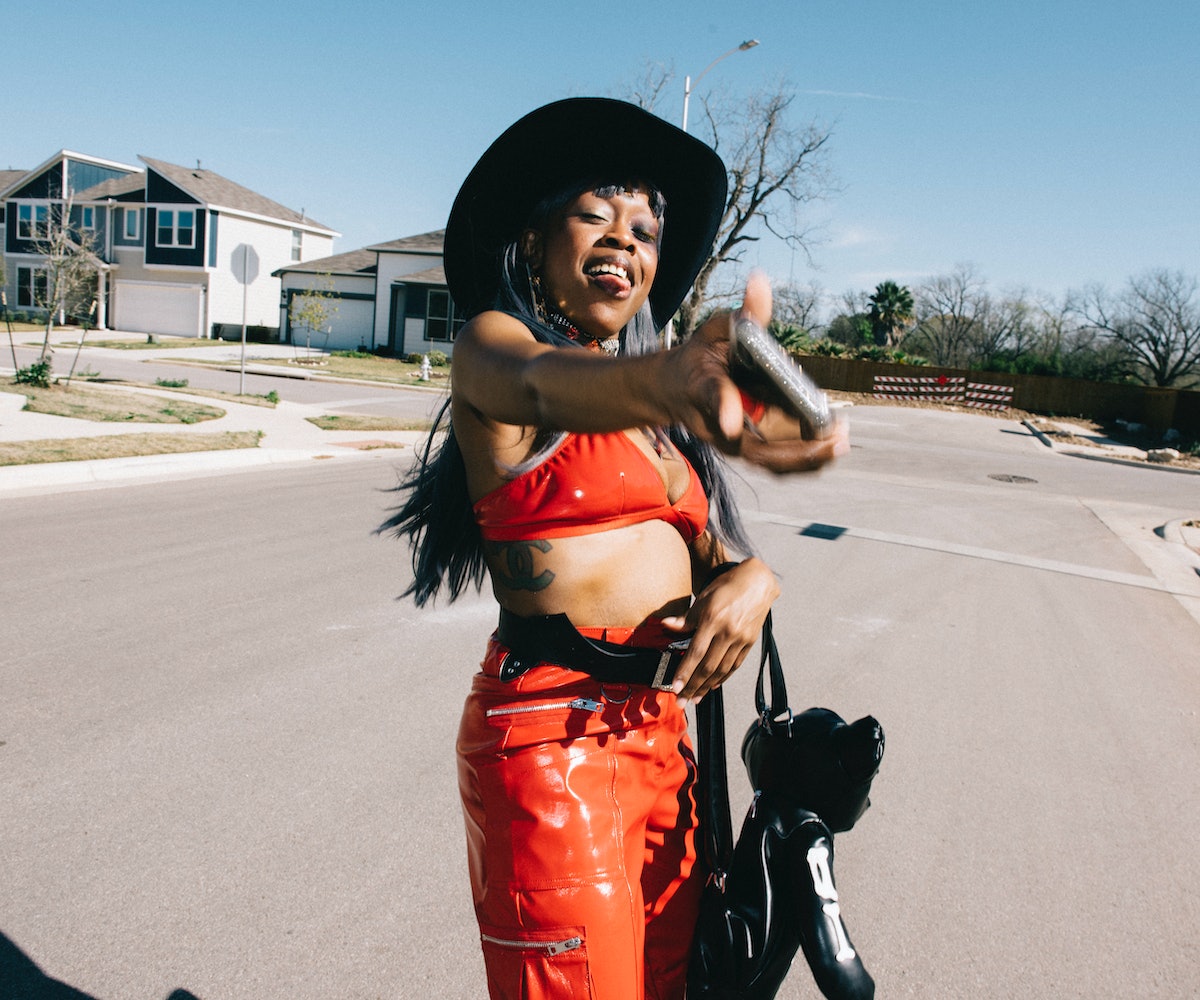 Not everyone is excited about the sounds of bbymutha as we are. One man, in particular, was apparently so upset about the rapper's sound check—which looks like it was happening in an airport in London—that he appeared to want to throw a drink at her.

Bbymutha, who usually goes live on Instagram during her sound check sessions, was in the middle of practicing "Heavy Metal" when the man approached her. He had one arm drawn, with a drink in hand as if he was going to throw the liquid on her, and the other hand pointing at her. After a staff member grabbed his arm to intervene and they had an exchange, the man moved closer to bbymutha and was, again, stopped.

At this point, the music stopped and bbymutha asked into the mic, "What's going on here?" What followed was a verbal altercation with staff where the man became irate. At one point, he can be heard yelling, "How in the hell do I have a quiet day?" and "Can you hear me?!" He eventually stormed off and threatened to call the police.

At the end of the clip, bbymutha seems rather amused. Check out the incident, below.