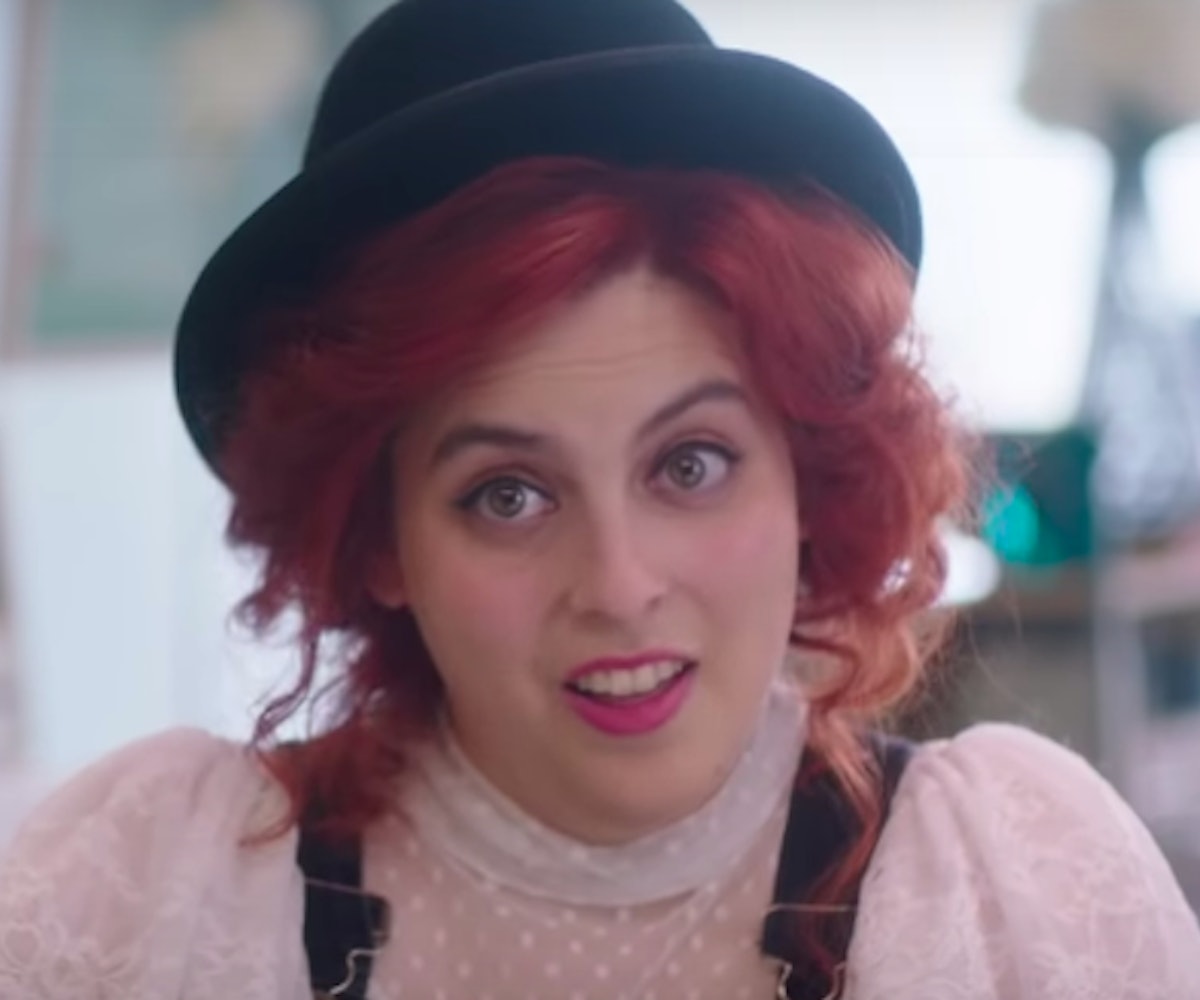 After stealing every scene in 2017's sentimental Lady Bird and then stepping up to the lead plate in last year's raucous Booksmart, Beanie Feldstein has done more than enough to solidify herself as one of the most relatable coming-of-age actresses of our generation. Charming, down-to-earth, and uproariously funny, the 26-year-old has been working under the radar for years, but is now finally getting her overdue moment in the spotlight. Soon, Feldstein will appear as Monica Lewinsky in Ryan Murphy's highly anticipated American Crime Story: Impeachment — and in 20 years, she will appear as Mary Flynn in Richard Linklater's film adaptation of Merrily We Go Along — but before we reach that, the current talk of Tinseltown will star as the lead in the upcoming film adaptation of How to Build a Girl..

Based on the 2014 semi-autobiographical novel by Caitlin Moran, How to Build a Girl follows Johanna Morrigan (Feldstein), an English working class 16-year-old, as she seeks out a job in order to help her financially-strapped family. After realizing that she might have some real talent as a writer, Johanna reinvents herself as one "Dolly Wilde" ("a venerable, impossible-to-please music critic with an insatiable lust for fame, fortune, and men," according to the official synopsis) and enters the snobbish, self-important arena of rock music criticism. But after using her new post to travel around the world and meet a whole new set of interesting people — including a potential love interest — Johanna/Dolly begins to wonder if this new life of glamour and leisure is really the future she had always envisioned for herself. Like any good coming-of-age story, it's a journey defined by conflicting emotions.

Check out Beanie Feldstein's awesome British accent in the trailer for How to Build a Girl below.

How to Build a Girl will be available to watch on VOD starting May 8th.