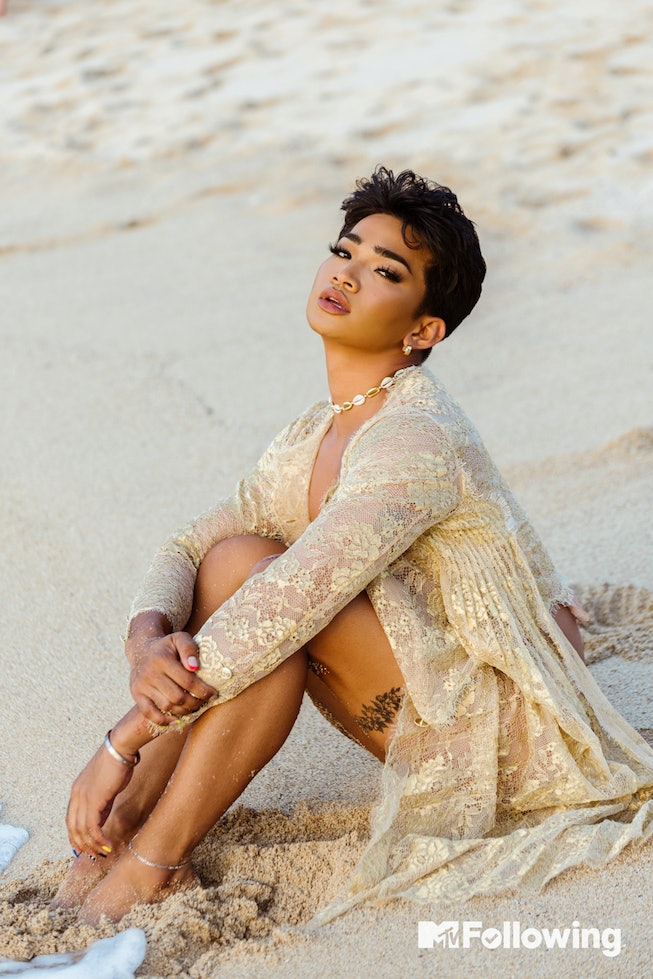 Fans of Bretman Rock will get to see a new side to the star. There's finally an official premiere date for a MTV digital series, which will focus on Rock's life over the last few months, chronicling as he navigated fame and personal loss during the COVID-19 pandemic.

The first episode of MTV Following: Bretman Rock will debut on Monday February 8 at 4 p.m. EST on MTV's YouTube. New episodes will be added to the YouTube each week.

Although Rock has already shared much of his personal life on social media and his YouTube channel, MTV Following will center on "exclusive" aspects of his life. Family and friends are also slated to appear in the series, with a press release noting that the episodes will center on Rock as he balances a new business, the loss of his dad, being an Internet superstar, and his mom's move.

News of the series was first announced near the end of 2019. At the time, MTV had wrapped a series starring YouTuber Tana Mongeau. Taking to his Instagram at the time of the announcement, Rock compared the show's premise to The Osbournes and The Simple Life.

In an interview with The Daily, that occurred after filming started, Rock said the role was his calling. "Everything is happening so fast. I go to work every day and realize this was just something I’d think about as a kid. I’m living my dream. It’s so surreal. I go to set every day and I’m in awe. I just know I’m made for the camera," he said.

As for what fans can expect from the series, Rock hinted that he doesn't intend for his life to ever be boring, especially when it's being shared with the world. "We can watch only so many reality shows filmed in L.A. It gets boring and repetitive. I don’t think anyone really knows what a content creator’s life is like when they’re away from all the L.A. bullsh*t and mainland stuff. I wanted to bring in more of who I really am and the business side of Bretman Rock onto the show," he said.