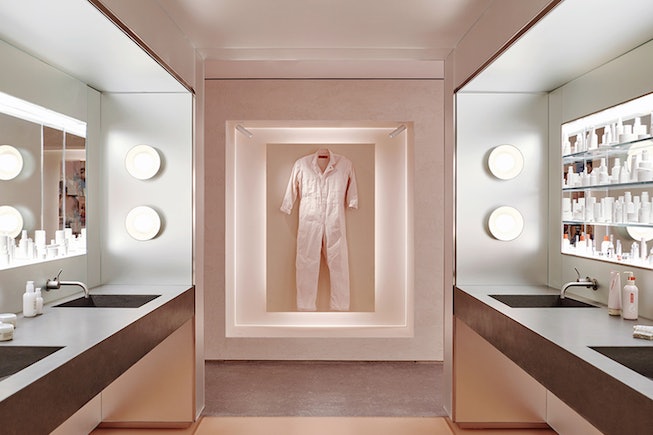 As protests calling for an end to police brutality and racial injustice continue around the world, Glossier is getting involved, announcing a $1 million contribution black-owned beauty businesses and organizations including Black Lives Matter. On Saturday, May 30, Glossier shared news of its planned monetary support, writing on Instagram that the company "stands in solidarity with the fight against systematic racism, white supremacy, and the historic oppression of the Black community."

Noting that it's inspired by those calling for change, Glossier announced it's beginning its support with a $500 thousand donation to organizations including Black Lives Matter, the NAACP Legal Defense and Educational Fund, The Equal Justice Initiative, the Marsha P. Johnson Institute, and We The Protesters. The beauty brand's support comes as nationwide protests continue in response to the death of George Floyd, a Black man killed in act of police brutality.

Glossier then went on to announce that in an "effort to make an impact within our own industry," it would be donating an additional $500 thousand in the form of grants to Black-owned beauty businesses. The company did not reveal what businesses might benefit from the grant, but wrote that an additional details would be announced in June. In a comment to one follower, Glossier noted that it was still finalizing the details of its grant contributions.

News of Glossier's contribution comes as others in the beauty community, including Bretman Rock and Jackie Aina, called for both brands and influencers to use their platform as a means of support. Followers of Glossier have expressed support for their decision on Twitter, writing, "That $1million Glossier are donating to BLM & black businesses will not go unnoticed. They’ve gained a lifetime customer & i’m making my first purchase rn" and "This is the first major company i’ve seen actually giving back to our community. not a post, not a hashtag, but donating actual funds to racial justice organizations AND black-owned businesses."

Below, read the complete statement from Glossier.