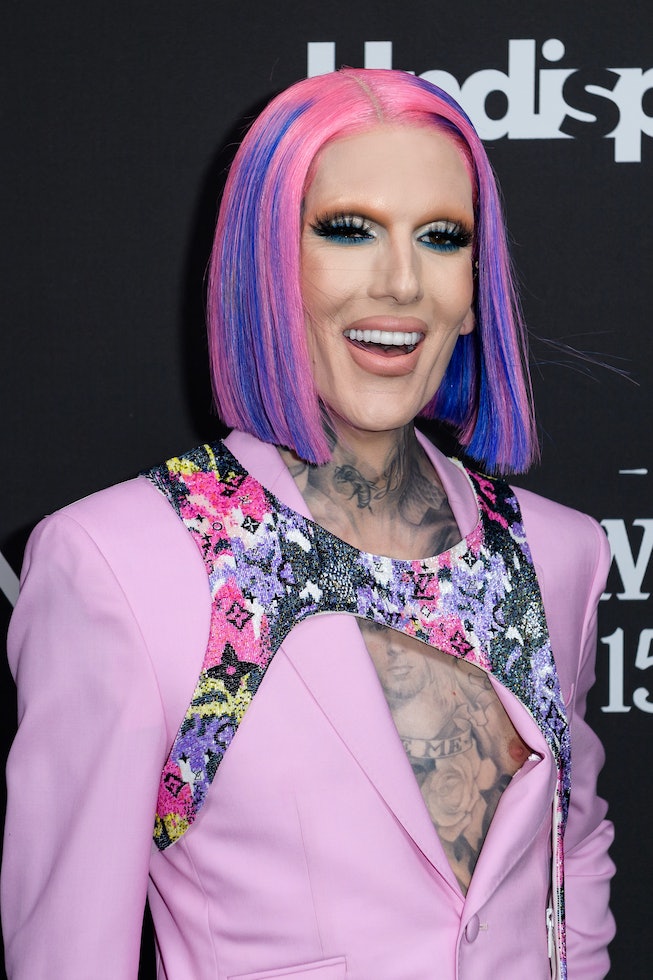 There's some form of peace in one part of the beauty YouTube kingdom. In a recent interview, Jeffree Star discussed his relationship with James Charles, revealing that he has no ill-feelings towards the fellow YouTube MUA. In fact, Star blamed reports of animosity between the two on fans.

Chatting on the podcast Mom's Basement, Star responded to reports of an ongoing feud with Charles,Teen Vogue reported. "People want to create a feud between against me and James. There’s no competition. "I’ve been doing this for a very long time. His fans really try to create an animosity. I’ve been doing this for so long. I’m really in my own lane. Yeah we’re boys in beauty but I’m a fucking icon...To me it isn't a numbers game, because I've already won," Star said.

Prior to the podcast interview, there was social media speculation that Charles and Star were on better terms, as Star had previously left a supportive comment on the YouTuber's latest video. However, that remained unconfirmed, as reports of animosity between the two date back to 2019 when Charles became the focal point of a video created by Tati Westbrook, Buzzfeed reported. The former friends apparently had a falling out, as Westbrook created a video that called out Charles for a number of things; Charles later responded, giving his side of the story.

At the same time, Star got involved, tweeting and then deleting a remark that called Charles a danger to society. As E News reports, he addressed those comment in the podcast, saying, "The truth is that someone... and right now... I legally can't say who, but someone told us a few things and we trusted that person's opinion and then another person said some things that was friends with that man and it really convinced us that he [Charles] was a predator. At the end of the day, I'm not going to out a victim of James Charles....because I don't know if it's real."

Star went on to say that although he's not enemies with Westbrook, the two are not friends. He then invited Charles to reach out to him, saying, "Look, if James Charles is ever listening, call me, or sit down with me, and I will show you what was shown to me, and I will tell you a year later exactly what happened behind the scenes. And either he cares or he doesn't."

Listen to the full podcast on Spotify, below.

NEXT UP
Culture
Spice Girls May Reunite For King Charles’ Coronation
Entertainment
Emma Chamberlain Is Officially Moving to Spotify On February 23 (Exclusive)
Nylon Nights
Backstage with UNI and the Urchin’s Charlotte Kemp Muhl and Jack James Busa
Beauty
This Viral Black Honey Lipstick Dupe Is Only $5
Style + Culture, delivered straight to your inbox.