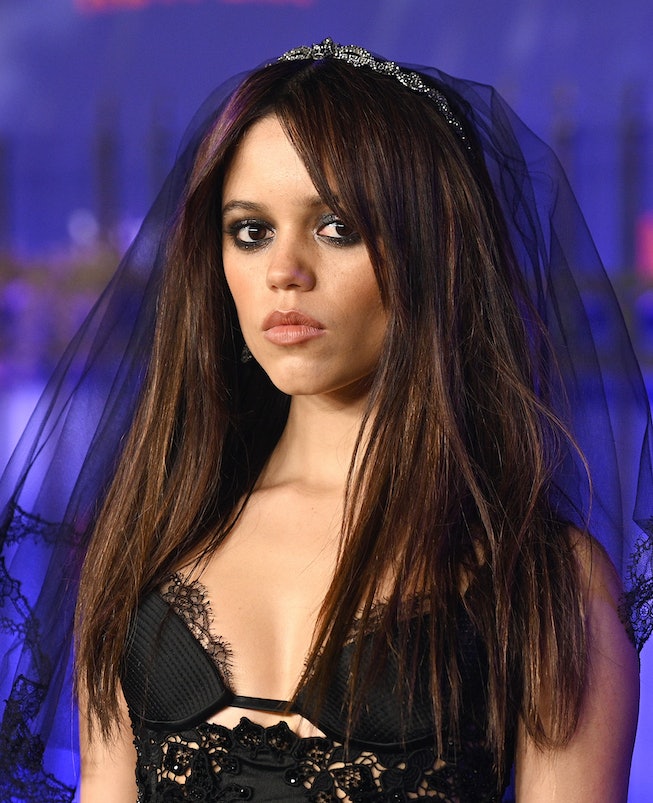 This long Thanksgiving weekend, it seemed everyone either was watching Netflix’s new series, Wednesday, (which fittingly dropped all eight episodes last Wednesday) or was at least having their timeline flooded with the viral dance scene in episode four set to the Cramps’ "Go-Go Muck". The star of the new series and past NYLON It Girl, Jenna Ortega, has been praised for her performance as the titular Wednesday Addmas and her bizarrely captivating dance moves. Naturally, the TikTok cosplay has also already begun, inspiring makeup transformation videos for the new favorite Addams family character. One viral TikTok even reveals Jenna Ortega’s exact lip color for the role and it’s the perfect soft goth shade to wear throughout the winter.

Cat Quinn, who calls herself a pop culture and beauty “trend whisperer”, started the video by saying she is the “first person” to tell us “Jenna Ortega’s exact lip color in Wednesday”. Quinn then shared her source as the UK-based hair and makeup designer Tara McDonald who shared with her “exclusively” that Wednesday is wearing the MAC Lip Pencil in Nightmoth mixed with clear balm throughout the show. Quinn says that Wednesday’s soft goth look was achieved by mixing the shade and lipgloss in a pot (or on your hand) and then dabbing it on Ortega’s lips.

McDonald and Quinn have also been working together to share the details of almost every iconic makeup shade in the show, including Wednesday’s smokey eye and Catherine Zeta-Jones's exact lipstick as Morticia Addams (which was Tom Ford Lipstick in the now unavailable Bruised Plum shade, by the way). While Morticia was known for her red lipstick in the original series, the gothic update adds the perfect touch of modern makeup trends to the show, with goth and grunge makeup trends having a major comeback this year.

As far as social media is concerned, Wednesday Addams is the new source of makeup inspiration for us all to pull from. With her exact makeup shades and techniques used being shared online at regular intervals, we all officially have permission to let Wednesday take us to the next level of our soft goth makeup journeys. We also wouldn’t be surprised if the character also inspires a new wave of bang-cutting over the holidays (for better or for worse).