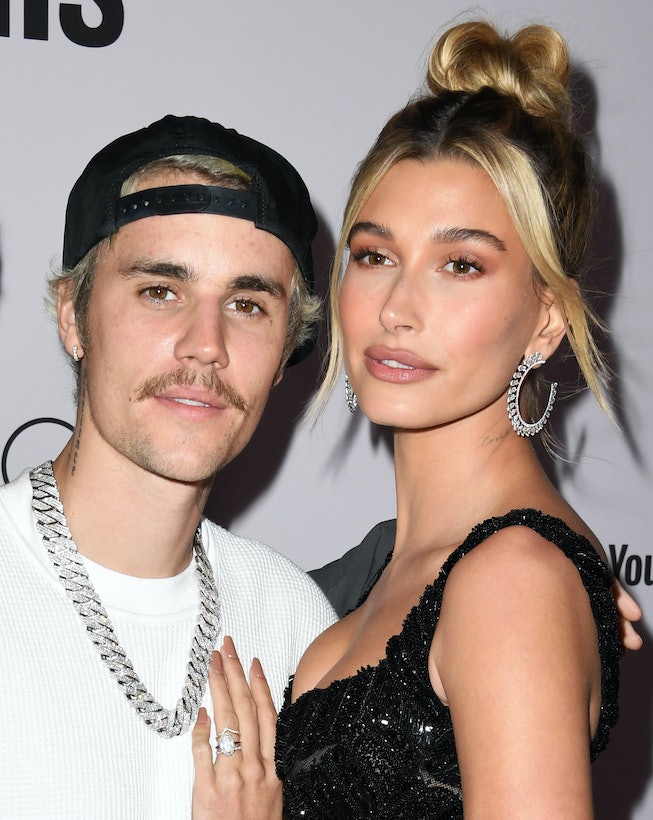 Watch out makeup artists, because Justin Bieber is officially coming for your job. For the latest episode of The Biebers On Watch, the pop star filled in as Hailey Bieber's makeup artist, and the resulting look had the model encouraging her husband to pursue a future in beauty.

In the midst of continued social distancing practices, Hailey decide to entrust her day's makeup routine to Justin, who not so quietly started the video by announcing, "I have no idea how to do this." Luckily, the model guided him through the process, handing him each product and ensuring the correct order of application.

While Bieber did struggle a touch with applying foundation, Hailey was on hand to offer advice. And luckily, the singer had a clear vision for his MUA process, saying, "I want you to actually look good." After applying foundation, he moved on to bronzer, concealer, and finally, eye shadow. Although he chose to only apply one color of eyeshadow, Hailey did give him his choice of lip color, and Justin went with a light pink. For the final step, he added a touch of gloss.

Once the makeup had been applied, Hailey took a look at the completed process, and she seemed surprised by the results. “That’s actually really good…It’s not bad at all," she said. “Justin’s coming for every makeup artist.”

Although Justin hasn't confirmed whether he might pick up an eyeshadow palette ever again, it is pretty impressive that he managed to leave Hailey impressed. After all, she does serve as an ambassador for BareMinerals and she was reportedly working on launching a beauty line of her own.

See the moment of Bieber makeup artistry, below.