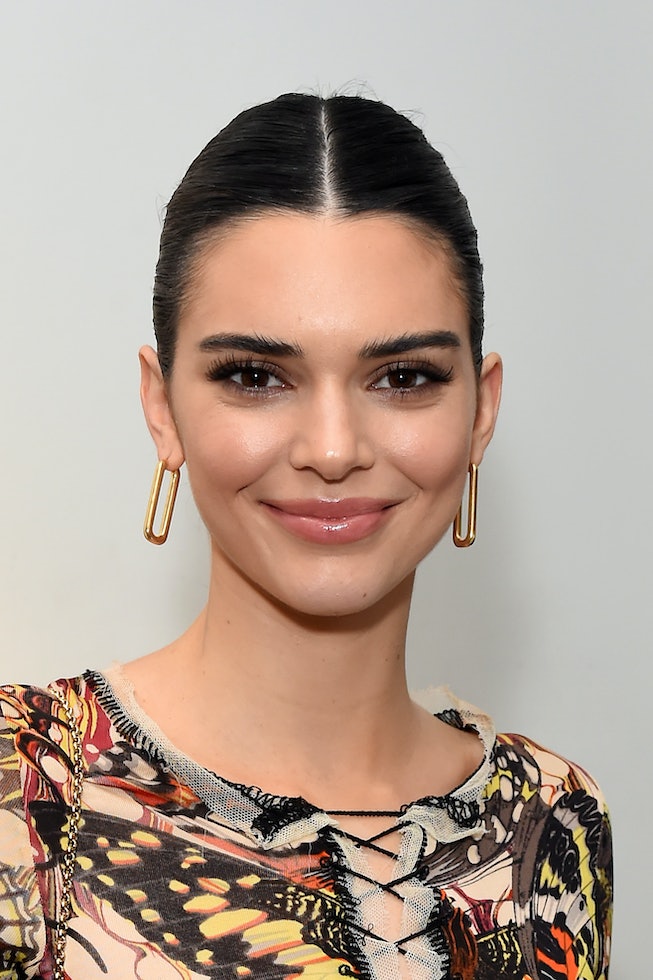 Following in the footsteps of other celebs upping their beauty routines during quarantine, Kendall Jenner revealed she dyed her hair a honey shade of blonde. She made the grand unveiling on her Instagram Story, using a blue-eyed filter to pose for a video selfie that had her capturing the hair from every angle.

The video, which was captured and reposted by a fan Instagram account, shows the model with hair that's much lighter than her usual brunette shade. It's not immediately clear when Jenner made the change in color, but a previous April photo had hinted at a golden hue. As Elle reported, an additional image also posted to her Instagram Story around the same time showed a shade that had included highlights.

Jenner hasn't confirmed whether this latest look was a DIY dye job and why she had chosen to go lighter, but her recent Instagram posts had hinted at her fondness for blonde. Nearly a month ago, she asked followers if they remembered her week spent as a blonde, and over the weekend, she shared a Story of her past Halloween costume, which included Jenner donning an extravagant blonde wig. As Jenner noted in her Instagram post, her last time with a lighter shade was only temporary, as made the change for fashion month.

The model now has a shade of blonde that's similar to Kylie Jenner's natural shade, and as Teen Vogue reported, both sisters showed off their current hair, and some dance moves, in a joint appearance for the video release of Ariana Grande and Justin Bieber's new track "Stuck With U."

Check out Jenner's new color, below.