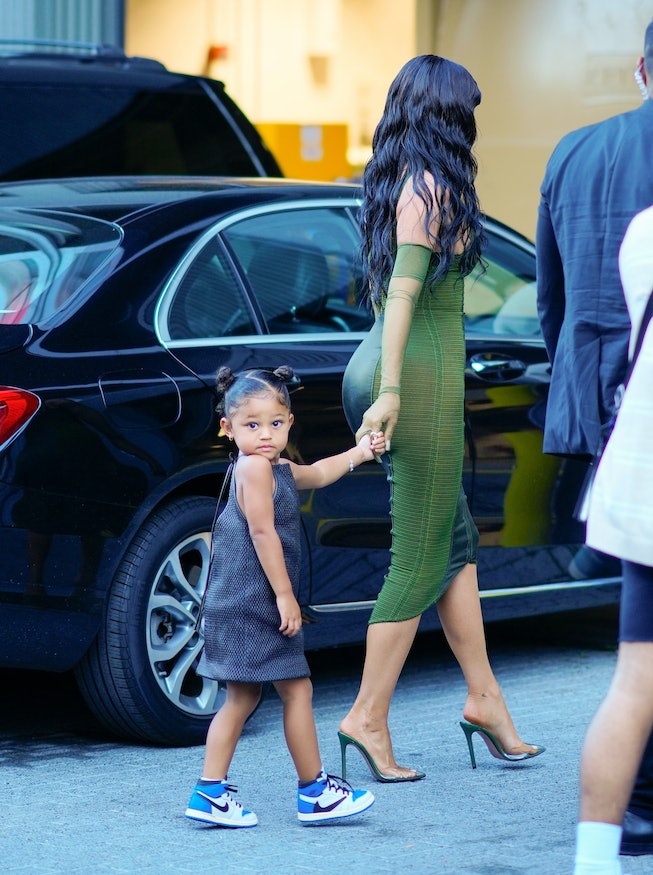 After a brief hiatus, Kylie Cosmetics will be relaunching later this week with revamped clean and vegan line and a new direct-to-consumer website (where you’ll be able to shop both Kylie Cosmetics and Kylie Skin).

Last week, KKW Beauty also announced a relaunch, leaving us curious as to what the Kardashian’s (and their beauty empires) are up to. Luckily, yesterday Kylie gave us a sneak peek inside Kylie Cosmetics on YouTube, even hinting at Stormi’s own entrée into beauty entrepreneurship.

If Kylie discussing the insecurities she was plagued with growing up on the public eye wasn’t enough to bring a tear to your eye, seeing Stormi’s office would be. In the video, Kylie shared Stormi’s space which includes a child-sized table and ball pit. “I work right here,” Stormi says.

Kylie also teased news of the baby boss's first business venture. “She’s actually launching a little secret brand soon that we’ve been working on for a while,” she said in the video. Considering @Kyliebaby is already verified on Instagram, we’re guessing it’s an adorable baby care line (Stormi’s actual input and involvement remains to be seen).

The child celebrity is already following in her mom’s influential footsteps, sharing that she gets her hair inspiration from the movie Raya and the Last Dragon. “Stormi has such strong women, and men, in her life,” said Kylie. “I hope Stormi looks at me the way I look at my mom.”

With her millionaire family behind her, we’re sure Stormi’s business first venture will be a huge success– even if she is only three years old. In the meantime, you’ll be able to shop at Kylie Cosmetic’s first-ever live shopping event (hosted by Kylie herself) on the soon-to-be-revealed website on July 15th at 9am PST.