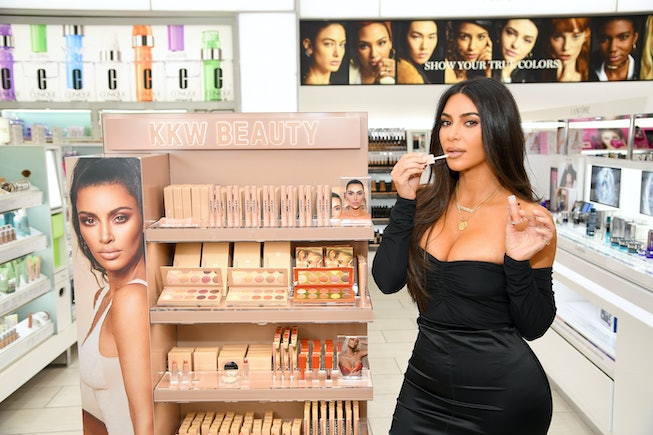 In the past few years, Billionaire tycoon Kim Kardashian has expanded her fortune with two lucrative businesses—Skims and KKW Beauty. Today, she announced the end of KKW Beauty as we know it.

Posting on her Instagram story and Twitter, Kim stated that the brand’s website will be shutting down on August 1st at midnight in order to eventually return with a new brand and “new formulas that are more modern, innovative and packaged in an elevated and sustainable new look.”

While the news is a nod to the general shift towards sustainable beauty, the timing (not-so-coincidently) aligns with the end of her marriage to Kanye West, potentially signaling an upcoming official last name change.

After her split, many fans have been praising Kim for returning to her old self, posting herself in glamorous outfits across Europe. She’s also received attention for wearing skimpier outfits, bright colors, and long nails – all understood to against Kanye’s sartorial preferences.

Whether the re-launch is an excuse to shed the West name or to align with the new (old) Kim still remains to be seen, but some people are speculating that it’s due to a lawsuit filed by a previous manufacturing supplier Seed Beauty last year, preventing the brand from leaking trade secrets to Coty.

With her sister’s makeup brand, Kylie Cosmetics, also recently relaunching as a clean, vegan brand it’s clear there are big changes in store for both of the Kardashian’s beauty empires. Whatever the reason, we’re excited to see what the new more sustainable Kim will come up with.