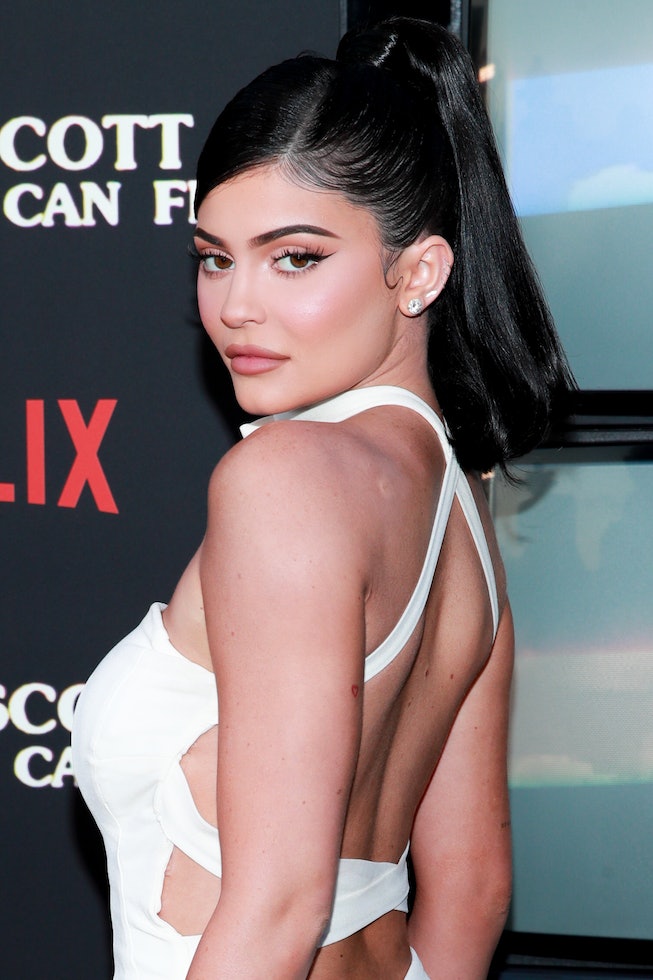 After trying it all when it comes to her hair, Kylie Jenner says she's returning to a familiar look. Currently wearing her natural shade of honey brown during quarantine, Jenner said in an Instagram Story post that she's planning to go platinum blonde again.

On Sunday, Jenner shared a photo of herself with blonde hair from an Instagram fan account, writing that she was "working my way here." The comment appears to be made in reference to the hair she has in the photo, as she added two emojis to her caption, including a girl with a ponytail and a white heart.

Her idea to eventually go blonde came on the same day she posed for selfies with her natural hair. Throughout quarantine, the Kylie Cosmetics founder has given followers peeks at her honey brown hair, which currently sits above her shoulders. She had said in a previous Instagram post that she was using the time at home to temporarily take a break from wigs, nails, and eyelash extensions.

There's no word from Jenner on whether this platinum blonde moment might happen while she's at home, but knowing her extensive collection of wigs and extensions, she could always take the style for an Instagram test run.

Back in 2016, Jenner had debuted her blonde hair, Glamour reports. According to her stylist, Priscilla Valles, the entire process had taken nine hours. At the time, Valles said the celeb's hair took well to the major coloring process as it hadn't been dyed in more than a year. "The key to getting Kylie's shade was Olaplex and a really low peroxide volume," Valles told Glamour. "I washed it a couple of times and did Olaplex treatments in between the stages of lifting. We dried her hair after each wash to see how it was handling the bleach, and then we'd talk a little more about if we were going to keep going lighter."

According to Valles's interview, the pair hadn't intended for Jenner's hair to end up that light, but after the first bleach application, her color started lifting fast, and the two went with it. It remains to be seen whether Jenner will go that light again, but it's likely her social media followers will be the first to know if and when she does make a change.