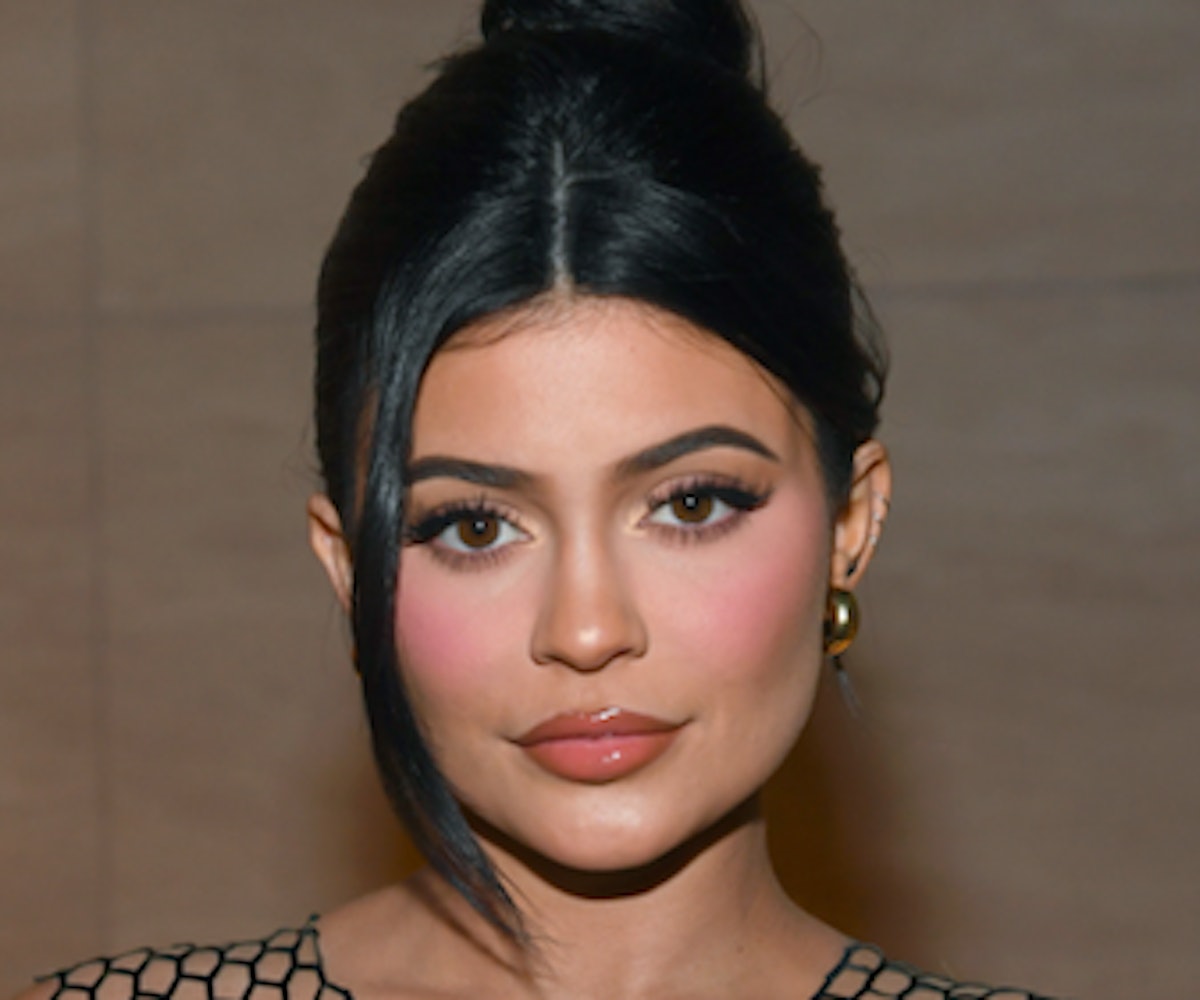 While some celebrities are using the time during quarantine to experiment with their hair and makeup in bold ways, others have decided to do the exact opposite. Such is the case for Kylie Jenner, who has given up on her typical glam during quarantine, opting for a full-on "natural" look instead. The beauty mogul was first seen dialing things back in early March when she showed off her natural hair — sans any wigs or extensions. In a recent Instagram Live video, Jenner shared that she's using all of her newfound time at home to take a break from not only wigs, but from her routinely long, coffin-shaped nails and lash extensions, too.

On April 3, Jenner joined best friend Stassie Karanikolaou for an Instagram Live group session, in which she shared an update on her new, low-key look. "This is actually my first time wearing my natural hair," she said, after noting that she "used her little Dyson thing," potentially referencing the new Dyson Corrale hair straightener. In the video, Jenner can also be seen with her natural nails which, while not stubby or short by any means, are far from the length she opts for with extensions.

"My nails didn't even need to be taken off, I just felt like this is such a good time to let your hair out, and your nails out, no lashes," she said, to which Karanikolaou added, "we're just natural queens."

See the video, and Jenner's natural look, below.