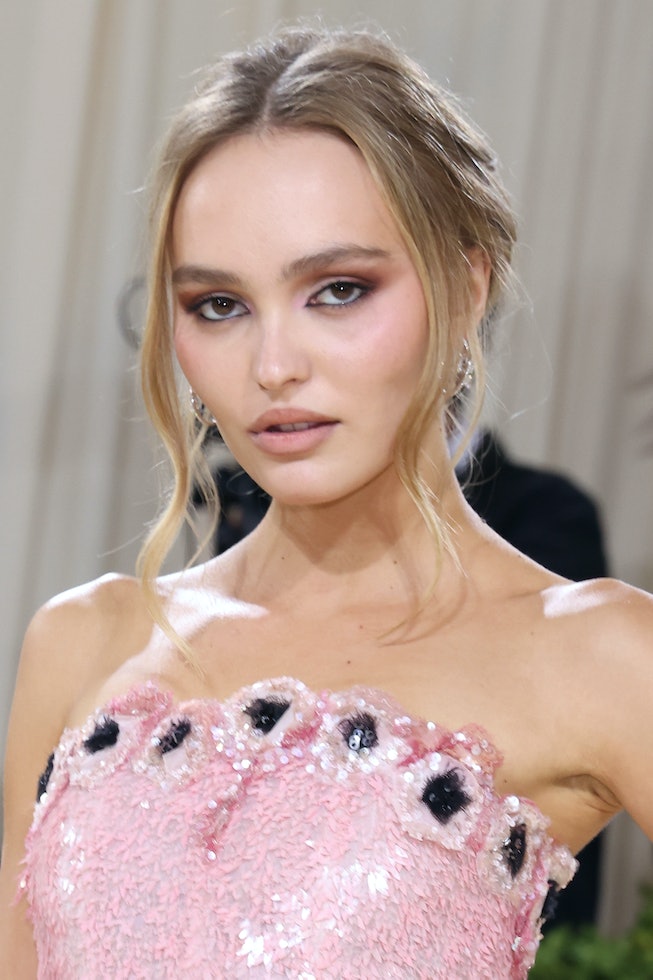 This week, Lily-Rose Depp has made waves across the internet with the release of the heart rate-raising trailer for HBO’s upcoming series The Idol, in which she co-stars with The Weeknd. Co-created by Sam Levinson, who is also behind the network’s hit series Euphoria, the new raunchy series is set to catapult the 23-year-old further into superstardom, after starring in mostly indie film roles and Nelflix’s 2019 release, The King.

As excitement builds for the upcoming series, and with Depp’s name circulating and getting more attention online, it’s only natural that TikTok creators are digging through the actor’s archival looks for beauty inspiration. One such beauty creator Ella-Mae Rennison even posted a makeup tutorial this week that has over two million views already. Replying to a comment suggesting Depp for a makeup video, Ella-Mae recreated Depp’s signature party-ready sultry brown smokey winged eyes with a bronze flush and an over-lined lip. The cool girl look features heavy black eyeliner, darker lip liner, blush, and brushed-up brows.

Ella-Mae’s followers were convinced she nailed the makeup look, also noting that the creator looks somewhat like Lily-Rose Depp (which can help). “You have the same eye shape as her omg,” commented one person on the video. “You actually look pretty similar,” wrote another. However, regardless of your eye shape or how similar you look to Lily-Rose Depp, this makeup tutorial is a sophisticated look for any event. Be right back — about to buy every product she used!