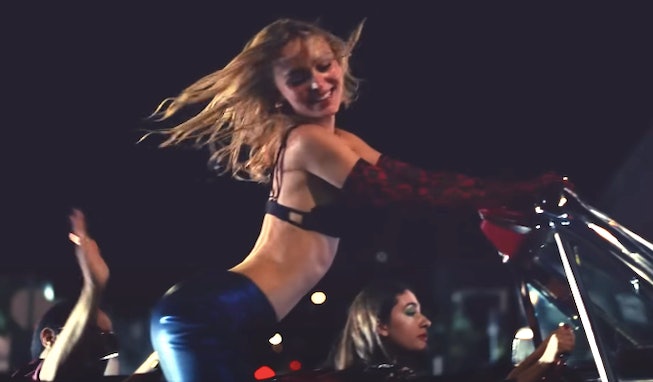 The first trailer for HBO’s newest series, The Idol, is finally here and from the looks of things, it’s shaping up to be the messiest show of the year. According to the brief teaser, The Idol comes from the “sick and twisted minds of Euphoria” — aka, Sam Levinson — and Abel “The Weeknd” Tesfaye.

The Idol was originally announced in 2021 and has undergone some major changes since then. The show’s original director Amy Seimetz reportedly left due to creative differences, along with actress Suzanna Son. Following their exit, Levinson took over as the series director, and Debby Ryan was hired to replace Son’s role. Then six-episode series was reshot with an updated cast and crew.

Now that all the adjustments have been accounted for, The Idol is ready to be released. Keep reading for everything you need to know about the upcoming drama.

What is The Idol About?

The Idol is a drama series following a rising pop star (Depp) who becomes romantically involved with an enigmatic self-help guru turned modern-day cult leader (Tesfaye). While the details of their affair remain a secret, the first teaser for the show hints at pure chaos.

The Idol is described as “the sleaziest love story” — their words, not mine. Set in Hollywood, the upcoming series will explore the dark side of a glamorous world without any limits.

Who is in The Idol?

When can I watch The Idol?

HBO has not released the premiere date yet, the trailer simply states The Idol is “coming soon.”

In the meantime, check out the show’s first trailer below.