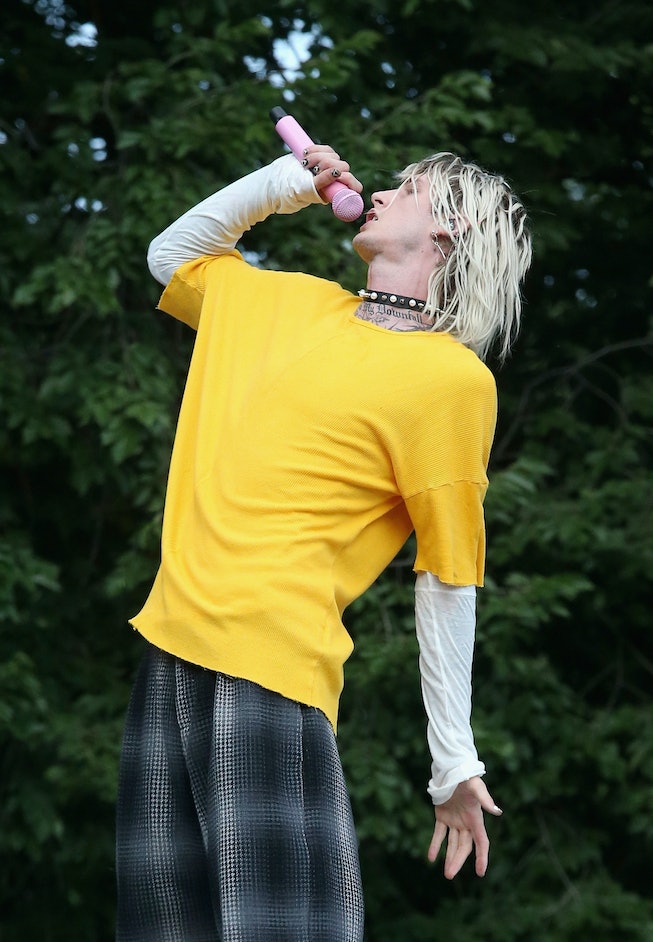 For someone whose Instagram bio is simply “the blonde don”, Machine Gun Kelly isn’t looking so blonde anymore. In fact, yesterday the 31-year-old musician debuted a new cleanly shaven head with a head tattoo, posting a screenshot from a Facetime video between him and director Cole Bennett.

In the photo, MGK is wearing statement earrings, a nose ring, and has a head tattoo in the shape of a diamond. It’s unclear if he had the tattoo prior to the buzzcut as he had previously been growing his hair out.

The post comes just a day after MGK announced his upcoming sixth album Born With Horns with friend and producer Travis Barker. The pair celebrated with some new ink (the album title) and the caption “we’re back for round two.”

Never afraid to make a dramatic change to his appearance, tattoos and his shaved head seem to be part of his Born With Horns album marketing strategy. Teasing the first single on Instagram last week, the visual for the single "Paper Cuts" (directed by Cole Bennett) will be released tomorrow (August 11) at midnight EST.

Tune in to find out what MGK shaved his signature bleached blonde locks off for.