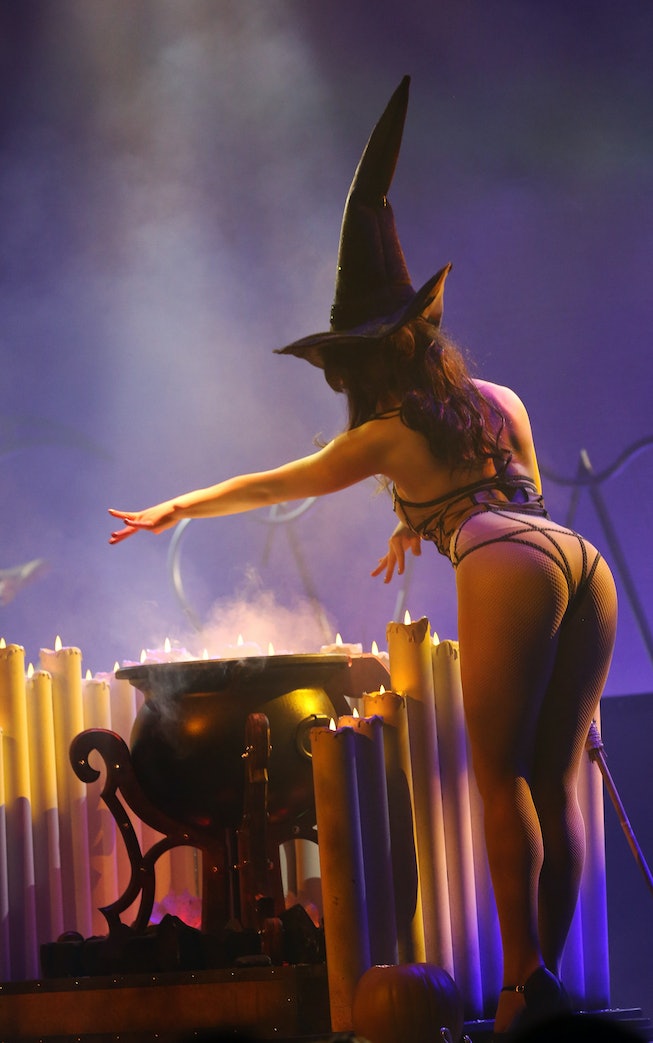 Last year was the year that manifestation went mainstream. From March to mid-July 2020, Google searches for the term jumped by over 600% and TikTok and YouTube became inundated with manifestation or subliminal affirmation videos. The hashtag #manifestation has 9.5 billion views on TikTok alone. If the videos are to be believed, manifestation TikTok can bring anything into being. What’s not attractive about that?

In simplest terms, manifestation is intention-setting by focusing your thoughts on the desired outcome until it happens. It’s part of psychological thought that became popularized by books like The Secret. There are, of course, many caveats and conflicting messaging. One popular TikTok video claims you unconsciously manifested a their video (the proof is, you came across it), and others believe you have to connect to the spiritual world first.

Armed with new-age spirituality, what is it that young people today are attempting to will into existence? Unsurprisingly, it’s being hot. Subliminal affirmation videos harnessing “extreme physical beauty” have been popping up all over YouTube and videos explaining how to manifest bigger lips have gone viral on TikTok.

Then there are the creators that manifest on behalf of their followers. “My followers have a flat stomach and a skinny waist,” stated one viral video. In the comments are people “claiming the message” with positive energy, a common refrain on spiritual TikTok. This encouraged engagement only adds to the virality of the manifestation videos, pushing them to the top of everyone’s algorithm.

Best-selling author and spiritual speaker Gabrielle Berstein says it’s possible to manifest anything, even beauty. “There's nothing sexier than a happy person and feeling good is the key to manifesting,” she told NYLON. “When you feel good you become a super attractor, which is literally a magnet for what you desire.”

Alongside manifestation techniques, Berstein also encourages people to meditate as a way to reduce stress, saying that the key to looking and feeling good is to “live a stress-free life” (easier said than done during a global pandemic).

Porsche Little, a Los Angeles-based artist, diviner, and aborisha (a practitioner of Yoruba religion), says online tutorials can be a helpful entryway into manifestation only as long as they’re also educational about the dos and don’ts of spirituality.

“Manifestation videos are cool because a lot of people struggle with coming up with their own affirmations, or even figuring out what to manifest,” she told NYLON. “Someone could be seeking money and go online and figure out that they needed an affirmation on self-confidence. Maybe their lack of confidence was making it harder for them to attract abundance.”

Little herself uses manifestation videos. She’s a “firm believer that you cannot change your outcomes unless you change the way you think about things.” Take manifesting clear skin as an example: “I could think I have the worst skin on the planet and my negativity towards my skin will only manifest more stress into my life,” she says. “As we all know, stress itself could cause your skin to get worse.”

She does concede that manifesting better skin involves both telling yourself your skin could be better while practicing healthy habits. “Instead of staring at my reflection and whining about a zit, imagine if I recited positive affirmations about my newly fresh skin that will soon be here,” she says. “Someone who’s always anxious and mentally tired can physically look exhausted and gray because of their mindset.”

Little offers over-the-phone tarot readings. If a client is looking to improve their looks, she takes them through a process of finding the source of their low self-esteem. Then she teaches them about the importance of meditation and being present inside your physical body and asks them to visualize how they would like to look. She then helps them draw up a list of how they can achieve those things, giving a list of affirmations for them to recite to keep them “on track towards whatever desired look they were trying to obtain”.

One thing Little notes is missing from the viral videos is the direction to put action behind your manifestation. “If I decide to get up every morning and tell myself that my skin was getting better. That’s great. But what if I proceeded to eat unhealthy every single day?” she says. “I would be going against what I was trying to manifest.” So, if you’re trying to get in the practice, remember there’s a tricky part two: “You must work with your manifestations,” adds Little. Unfortunately, you still can’t manifest whiter teeth by drinking coffee or longer hair immediately after you cut it.

While manifestation videos can improve confidence and positive thought processes for some people, it’s also important to remember that beauty ideals are constantly changing (and often heavily photoshopped). Hyper-focusing your energy on one standard of beauty will be less impactful long-term than working on improving how you feel about yourself. Therein lies the truth; just like so many other quick fixes, manifestation TikTok and YouTube is far from a cure-all that doesn’t involve changing other habits. “The work isn’t done just because you claimed it,” says Little. “If that was the case, I’d be Jeff Bezos by now.”