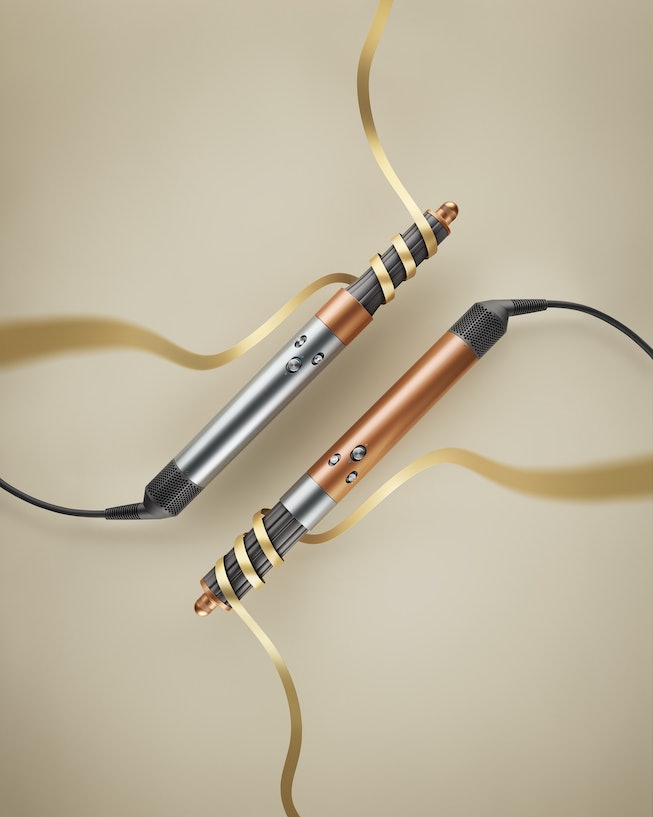 Over Christmas last year, the Dyson Airwrap—a styler that smooths, volumizes, and curls hair without using extreme heat—went viral on TikTok and thus sold out. While the tool launched back in 2018, its newfound virality was born from rave reviews across the internet. One TikTok user even said the Airwrap curls her hair in ten minutes, and that “everyone needs” the styler. Now, those eager to get their hands on one can look forward to upgrading to an even newer and more improved version. Dyson just announced that the next generation Airwrap multi-styler will be launching soon.

The Airwrap styler you know—or at least have seen on TikTok—has been “radically redesigned” per Dyson. Those who have used the Airwrap, have experienced that the clunkiest part of using the tool is swapping out the curling attachments in the middle of styling in order to get the machine to curl your hair in the direction you want it to go. Now, the new version includes re-engineered attachments including new styling barrels featuring a rotating cool tip which allows you to redirect airflow as you go. Or, in other words, you can now switch up the direction of the curl without changing out the curling barrel. Other new attachments include enhanced brush attachments for more precise shaping and a new smoothing dryer attachment that smooths and hides flyaways fast.

“The Dyson Airwrap is a styling revolution and unlike any other tool – back when it first launched and still today. Now, the tool does even more, allowing owners to personalize to suit their styling preferences, personalized for their hair type,” Jen Atkin, celebrity hairstylist and Dyson global styling ambassador said in a press release. “Something you thought couldn’t get better, just did.”

If you were one of the lucky ones who were able to procure an Airwrap already, don’t feel left out from experiencing the exciting new features. The new attachments will be compatible with the original machine and for the first time ever, you will be able to buy new attachments on their own to upgrade the Airwrap you already own. Which is relieving information for everyone who just got one over Christmas. The new Airwrap multi-styler is expected to hit shelves across the US in the summer of this year.

The main benefit of the Dyson Airwrap Styler is in its ability to shape hair using lower heat than traditional hot tools, especially because the tool dries and styles hair simultaneously only using air. With a rising interest in hair health, the alternative to extremely high heat stylers is perfect for those concerned with hair damage or who style their hair every day. And while the price tag may be hefty—the previous edition sells for $550—according to its thousands of reviews (82 percent agree they would recommend it to a friend), it’s well worth it.

Currently still sold out on sephora.com and on dyson.com thanks to TikTok, the new release may be the first opportunity for many to jump on the Airwrap bandwagon since the tool first went viral. Thankfully, Summer 2022 is just around the corner (and hopefully so too is the official release date).