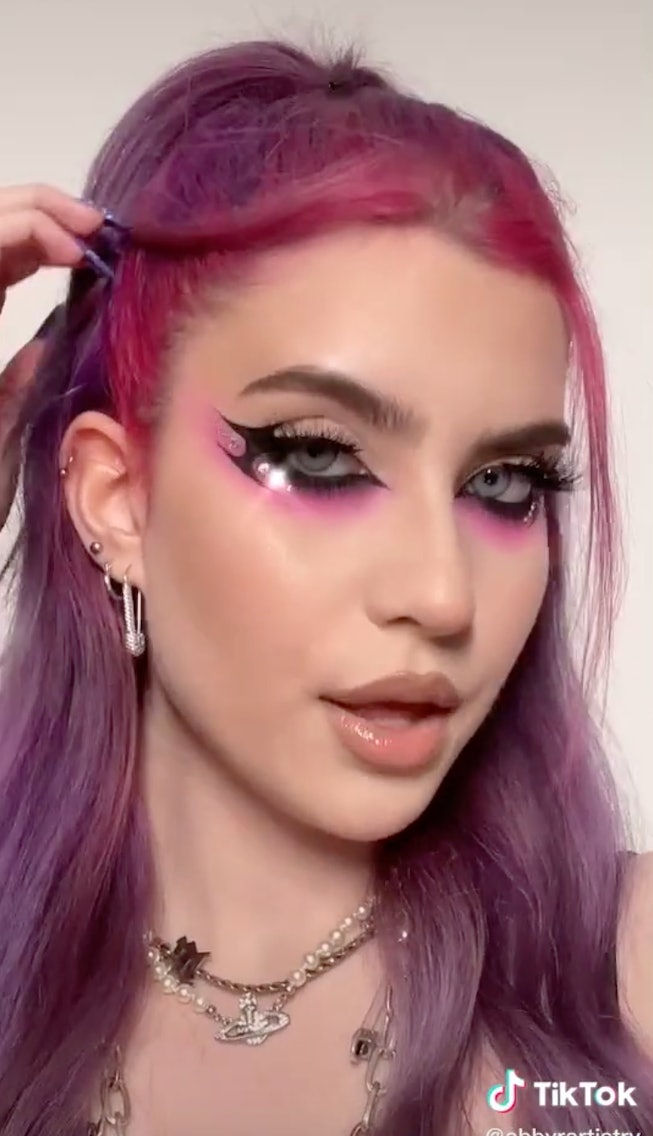 Beauty rules simply don't exist on TikTok. In fact, the platform is a place where future trends are found, and the next makeup must-have is often discovered. In a social media era that's brought users the chance to participate in some truly chaotic makeup challenges, some TikTok users are now participating in a new trend that's all about highlighting the under-eyes.

Within the last few weeks, a growing number of TikTok makeup artists are creating glam looks centered around purposefully highlighting or creating under-eye bags. Yes, the area so often covered by concealer and product is now apparently glamorous. Finally, insomniacs have a reason to celebrate!

The trend appears to have started near the end of December, when @sarathefreeelf used a dark-colored eye pencil to draw a thick line under each eye. She then patted the color in, creating dark under-eye circles. Others have since joined in, and while @daniellemarcan also used a darker-colored product to create her bags, @abbyrartistry went glam, opting for pink eyeshadow along with black eyeliner to create an entire look.

Not everyone on TikTok is necessarily on board with the trend, but some are simply happy to participate, noting they don't even need makeup. One TikTok user even declared an end to the use of concealer, while another tweeted, "Dark undereye circles becoming a trend on TikTok .... it’s my time to shine."

See a few takes on the newest TikTok trend, below.