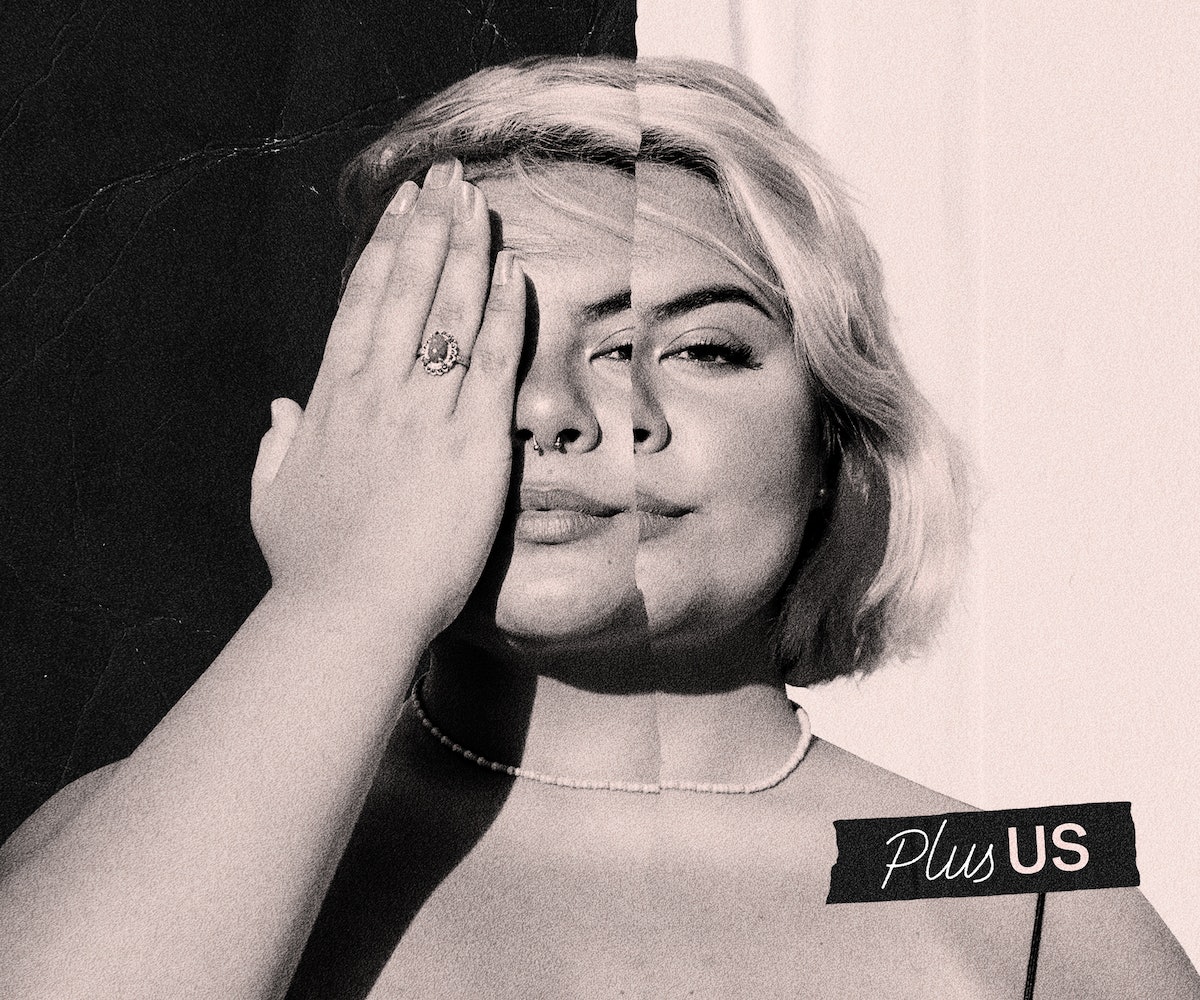 For many, fitness journeys seem incomplete without frequent progress reports, often taking the form of before-and-after photos. Stacked side by side, these images serve to show how weight loss has not only improved their physical appearance but miraculously brought a previously unattainable level of happiness to a once-incomplete life.

But what may be intended as a “motivational milestone” post can, in effect, cause serious harm to those who see themselves reflected in the before.

“Before-and-after photos are an image that particularly thin folk hold in their minds as this visual representation of what is possible [with enough determination],” says Aubrey Gordon, creator of Your Fat Friend and author of What We Don’t Talk About When We Talk About Fat. “And that visual representation belies what the science actually tells us about weight loss, which is that someone my size has less than a 1% chance of becoming thin in their lifetime.”

The conversation surrounding before-and-after photos became reignited last December when Lizzo shared a week-long detox journey with her followers. And while Lizzo’s body is her own business — and she should certainly not be viewed as the savior of body positivity or fat liberation in any way — her side-by-side shots fed into an all-too-common narrative: that healthy eating and detoxing can bring overnight joy to one’s life.

The format is always the same: In the poorly-lit before photo, there stands a fat body, usually hunched over, with a grim look painted across their face. Then, in the after, suddenly all has changed: bright lights, perfect posture, and a smile so wide you’d think they’d just returned from the dentist. Time and time again, the before photo serves as a caricature of failure, while the after shows a real human who has successfully escaped the “purgatory of fatness,” as Gordon explains it.

For Alex Frankel, a New York-based big-and-tall model, before-and-after photos served as a huge trigger in his teenage years. Later, however, after losing a considerable amount of weight, he found that others around him showed more value in his thinner body, which caused him to believe just that.

“I was really proud of the work that I did, and I didn't even think about it at the time, what that could have meant to someone seeing those images,” Frankel explains. “But I wasn't comfortable when I lost that weight, and I had to be unhealthy to be able to maintain it.”

Not only can before-and-after photos be triggering, but they also emphasize the false notion that health can be judged simply on physical appearance. In turn, this gives online commentators and trolls permission to comment on health status, without a medical degree and lab coat to back up their claims.

“No matter how we want to dress them up, and no matter how good they make us feel, fundamentally before-and-after photos only operate if we judge someone based on their looks."

“No matter how we want to dress them up, and no matter how good they make us feel, fundamentally before-and-after photos only operate if we judge someone based on their looks,” Gordon says.

Recently, Gordon has noticed an upswing in influencers posting lengthy captions under their before-and-after photos to justify them, claiming to not support diet culture or fatphobia. But those issues can not be removed from the images themselves, despite good intentions.

“We’re expected to just understand and consent to the idea that our bodies are universally undesirable. There's not really a way to talk about before-and-after weight loss photos without talking about the inherent superiority of thin bodies over fat bodies.”

Before-and-after photos paint the picture that extreme weight loss is attainable by anyone, but only if they put in the work necessary to make the change. This furthers the notion that fat people are lazy, sedentary, and unconscious of their health status — or conscious of it, but not concerned enough to make intentional efforts to shrink down.

And when someone in the spotlight takes the time to share their weight loss journey, their audience fuels them with support. Because finally, in their eyes, they’re taking “control” of their health, even if getting into that smaller body requires unhealthy methods.

Ivory Jinelle, a Los Angeles-based content creator, faced an unexpected situation recently: After losing a considerable amount of weight, a straight-size friend reached out and asked why she hadn’t posted any before-and-after photos, or anything about weight loss for that matter.

“And I told her that's because that’s never what my platform has been about,” Jinelle says. “I feel the before is an indication that something was wrong with me, and that’s just not true.”

Jinelle even had a stranger go as far as personally creating a before-and-after collage of her body, completely unprompted and without her consent. Because despite not discussing her weight loss online, the mere fact that she had “escaped” into a smaller body gave this stranger enough agency to take matters into their own hands.

But before-and-after photos don’t just harm the plus-size community. They can, in fact, impact all who struggle with eating disorders, body dysmorphia, or body image-related issues, across the size spectrum.

But before-and-after photos don’t just harm the plus-size community. They can, in fact, impact all who struggle with eating disorders, body dysmorphia, or body image-related issues, across the size spectrum. Like Sutton (name has been changed), who was diagnosed with anorexia in college, spiraling down a never-ending pursuit of thinness. Before-and-after photos fueled her addiction, giving her hope that happiness was within grasp, as soon as she reached her final form.

“But when you have an eating disorder, the truth is that there is no goal weight that makes you feel good,” Sutton explains, “because it's never about the number. It’s about the lack of control and the spiral of it all.”

Sutton, who is thin, finds that before-and-after photos assign too much morality to the body when, instead, we should be reminded that our weight is not indicative of our worth.

“At the end of the day, even if you’re comparing your size to a different size that you were, you're still you. I think we should just celebrate our bodies in general without having to compare them to anything, which, to me, feels more productive and healthy,” she says.

And Jenna Doak, owner of Body Positive Fitness, agrees, explaining that, “When we're posting those photos, we're not doing it for ourselves, we're doing it for that outside validation. There are so many things we can celebrate in fitness that don’t revolve around before-and-after photos, whether that's mental health, anxiety, sleeping, your overall mood — like to talk about what working out has done for you in your everyday life as well.”

Each individual has the right to choose what is best for their body and lifestyle, and that includes embarking on weight loss journeys. However, the issue lies in the broadcasting of such harmful narratives. As society remains riddled in fatphobia and the thin ideal, we must push back against the notion that thinness is the most valuable gem you can acquire. Because bodies are bound to change numerous times throughout one’s lifetime, with no perfect final form. Instead, the focus should be on the internal improvements, and the small wins that make you a better human, regardless of how much space you take up.