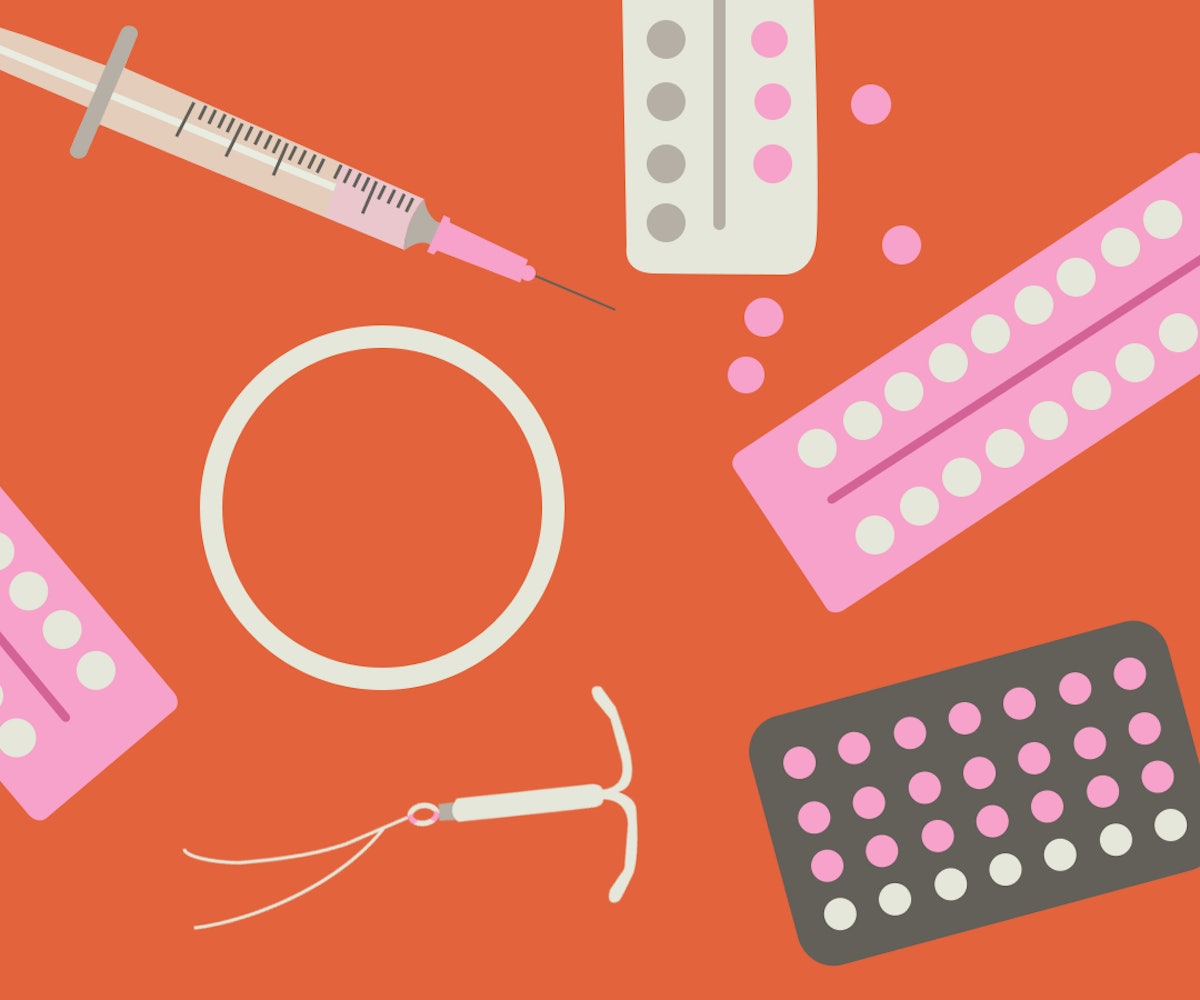 Every month in high school, I put my social life on hiatus to spend the week of my period curled up in my bed with one heating pad on my stomach and one on my lower back, a rigorous six hour-cycle of Midol the only thing that helped me survive my labor-like cramps. Then, my gynecologist put me on birth control pills, and they worked like a charm when it came to regulating my cycle. But recently, when two of my friends switched from pills to an implant and loved it, I started to wonder if the implant would work for me, and why some doctors favor some birth control methods over others.

Two-thirds of women in the U.S. between the ages of 15 and 49 use some form of contraception, according to a report released in December by the Center For Disease Control and Prevention (CDC). Among those women, the most popular methods are female sterilization, at almost 20 percent; birth control pills, at 13 percent; and Long-acting Reversible Contraception (LARC), like IUDs and implants, at 10 percent. With the plethora of birth control options available, and with each method having its own upsides and downsides, finding the right one for you can be overwhelming. And it doesn't make it any easier that many women—particularly young women—are inclined to go along with the option their health care provider recommends, without being totally sure which birth control method is the one that actually meets their needs and goals.

So how best to find the right birth control for you? "Before [a woman] goes to her doctor, she needs to think about what kind of sex she has, her period cycle, and STI risks," says obstetrician and gynecologist James A. Simon, M.D., clinical professor at George Washington University School of Medicine. "And does she need short-term contraception? Or does she need contraception for the next 10 years? She needs to feel empowered walking out of there—and that doesn't happen enough."

To get rid of your birth control woes, we delved into the most popular methods so you can make an informed decision.

"The most common form of birth control is female sterilization, with about half of [my] patients using it," says Kristyn Brandi, M.D., a family planning obstetrician and gynecologist and assistant professor at Rutgers, New Jersey Medical School. Female sterilization is a surgical procedure that prevents sperm from reaching eggs. Sterilization methods include tubal ligation, sealing (or "tying") the tubes off with electrical clamps and the non-surgical Essure method, a soft, flexible insert that creates a barrier in the fallopian tubes. "Sterilization is great for people who do not want to have kids anymore," Brandi adds.

As the second most popular form of birth control, combination pills use estrogen and progestin to stop ovulation and prevent sperm from reaching the egg, and they're 91 percent effective. "Oral contraceptives are great because they have millions of brands—including generic—are inexpensive, safe, and patients like them," Simon says. One upside to oral contraception is their ability to make periods lighter and less painful, Brandi adds. However, pills wind up being less effective than sterilization or LARC methods because they rely on the user. "Even though the pill is [theoretically] just as effective as any other [method], it's going to look less effective because people might not remember to take it every day," Simon says. "It's method efficacy versus user efficacy."

Similar to oral contraception, the NuvaRing is a small, flexible vaginal ring that releases combined hormones to prevent ovulation and lasts one month. At 91 percent effective, the ring stays in for three weeks and is then removed for the last week of the cycle before a new one is inserted. The ring can make periods lighter, like pills, but doesn't require a user to remember to take a pill each day. However, its effective rate is lower than LARC methods.

While IUDs are among the more effective forms of birth control—an almost 100 percent effectiveness that doesn't depend on the user—their popularity, particularly among women who haven't yet had children, has been relatively low. One reason for this is that IUD insertion can be painful, something that is an understandable deterrent for many women. Despite this, the IUD's popularity is starting to change, and the IUD has been requested 900 percent more since Trump's inauguration. "The long-term IUD is gaining popularity because it's the 'set it and forget it' type of contraception," Simon explains. "It's the most economical type of contraception because it can last 10 years. So even though the upfront cost is high, the long-term cost is low—and it's reversible [unlike sterilization]."

There are two general groups of IUDs: hormone and hormone-free. The four hormonal options are Mirena, Liletta, Skyla, and Kyleena, which release varying levels of the hormone progestin to prevent ovulation, and last three to seven years. The only hormone-free IUD option, ParaGard, is a copper device that acts as a spermicide to create inflammation inside the uterus and prevent sperm from fertilizing eggs; it lasts up to 12 years. Hormonal IUDs often lead to light or even nonexistent periods, however, with the non-hormonal ParaGard option, users may experience heavier periods, according to Brandi.

And the Affordable Care Act has made LARC methods more accessible. "It used to be that people who have not had kids yet may have trouble [getting] an IUD, but that's no longer the case," Brandi says. "Particularly teenagers are great candidates to use these LARC birth controls."

A newer LARC method is the implant, called Nexplanon. The implant is a matchstick-sized rod that releases the hormone etonogestrel, which tricks the body into thinking it has already released eggs and, in turn, prevents ovulation. "It has progestin only and goes inside the crook of your arm under the skin, which lasts for about three to four years," Brandi explains. "That's our most effective form, even more effective than an IUD or sterilization." Implants are best suitable for women who are waiting at least five years to get pregnant.

However, the implant can cause unscheduled spotting, staining, or light bleeding. "Some [women] feel spotting is a sign of something wrong and it's concerning from a medical standpoint, even though the contraceptive efficacy of that method is extremely high," Simon says. "Patients who would rather have predictable bleeding episodes like birth control pills more."