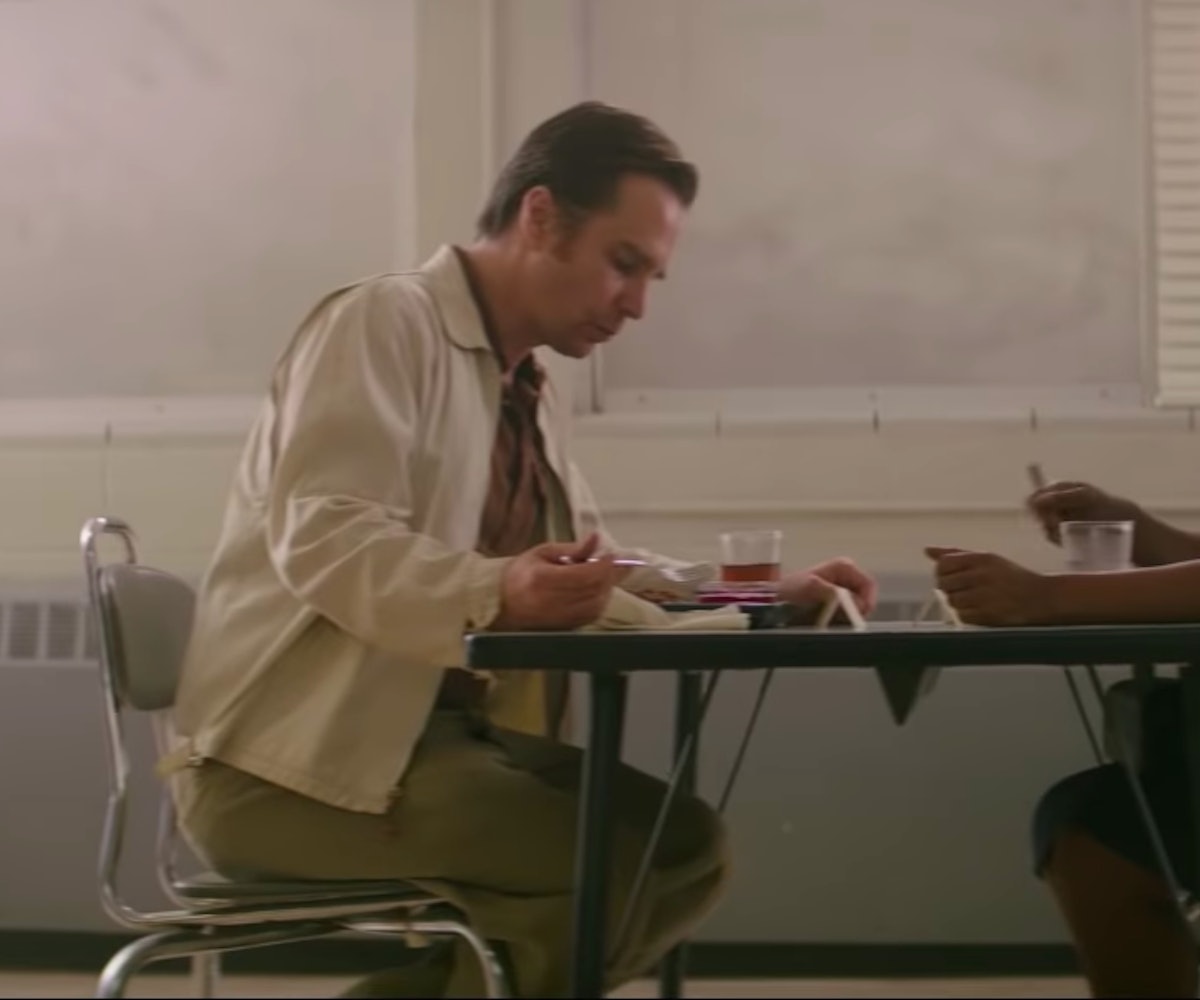 Taraji P. Henson and Sam Rockwell sound like a dream pairing to lead just about any movie. But when I saw the trailer for their upcoming film, it felt more like a nightmare—a very annoying nightmare. Set in Durham North Carolina in 1971, Best of Enemies tells the true story of civil rights activist Ann Atwater (Henson) and local Ku Klux Klan president C. P. Ellis (Rockwell), who became friends after being forced to work together in the midst of a heated school segregation debate. Ellis would come to denounce his hateful ideologies and ties to the KKK, and would continue to work on civil rights causes; when he died, in 2005, Atwater delivered the eulogy at his funeral.

While this is undoubtedly a fascinating story, it also sounds like Green Book 2.0, in that audiences are being reminded that Racism Is Bad via the lens of a white man's redemption via proximity to a Black person.

No disrespect to Henson or Rockwell—or, for that matter, Atwater and Ellis—but I'm really resistant to any narrative that depends on a sympathetic portrayal of a KKK member. Don't get me wrong, it's essential to progress that bigoted people have changes of heart. But racism is systemic and doesn't crumble when one white person decides that their years of extreme bigotry are over. So celebrating the change in one white person through projects like Green Book and Best Of Enemies, even when made with the best intentions, miss the point by centering around a white person's transformation instead of all the work Black people have to do to be treated like people in the first place. These films tacitly encourage us to soften our hard opposition to racists, and allow white people to think that they don't need to do the work of dismantling systemic racism, because that's the job of Black people—to educate and change white people's minds—meaning that, once again, Black people are given the burden of solving white people's problems.

Best Of Enemies is out on April 5. Check out the trailer below.