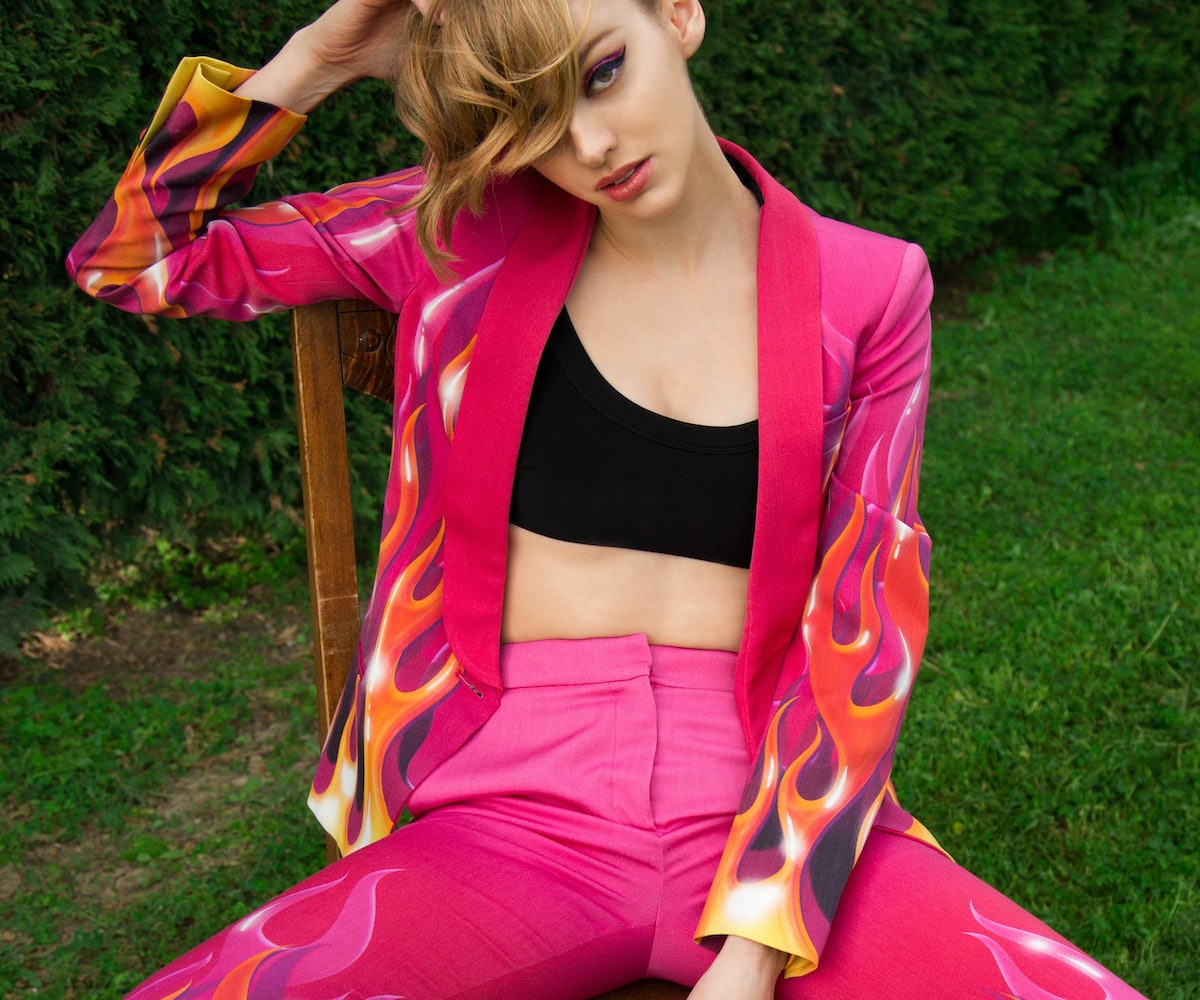 Montreal-bred singer Betta Lemme is "ready to paint the town pink," she says, as she finally releases her new music video into the world. After gaining quite a bit of traction over in Europe with her last single "Bambola," her new single "Give It" represents a sonic polar opposite. Today, she premieres the accompanying visuals exclusively via NYLON.

"Not all of me is glittery," Lemme says, expanding upon the shift in sound. "Something about this song felt powerful and cinematic. Upon playing it, we could all transport and picture our own film in our heads." She adds later, "Plus, it sounds like the offspring of Britney Spears and Nine Inch Nails and that in itself makes me very happy." You have to hear it to believe it.

It wasn't hard to imagine what the visuals for the song could look like, according to Lemme. "When I closed my eyes, I pictured a curious girl walking down a long corridor of a dark club in Berlin," she says. "I couldn't shake the image of this hallway in my mind since recording it, so the video treatment was built around the track's immense drop."

With the release of "Give It," Lemme hopes fans can begin to embrace sharing their inner fears and hopes more often. "Let [them] come out to play every now and then, and you may learn something about yourself you would've never imagined," she says, adding, "Enjoy them. Explore them. They're probably more fun than you think."

Watch the video for "Give It," below.