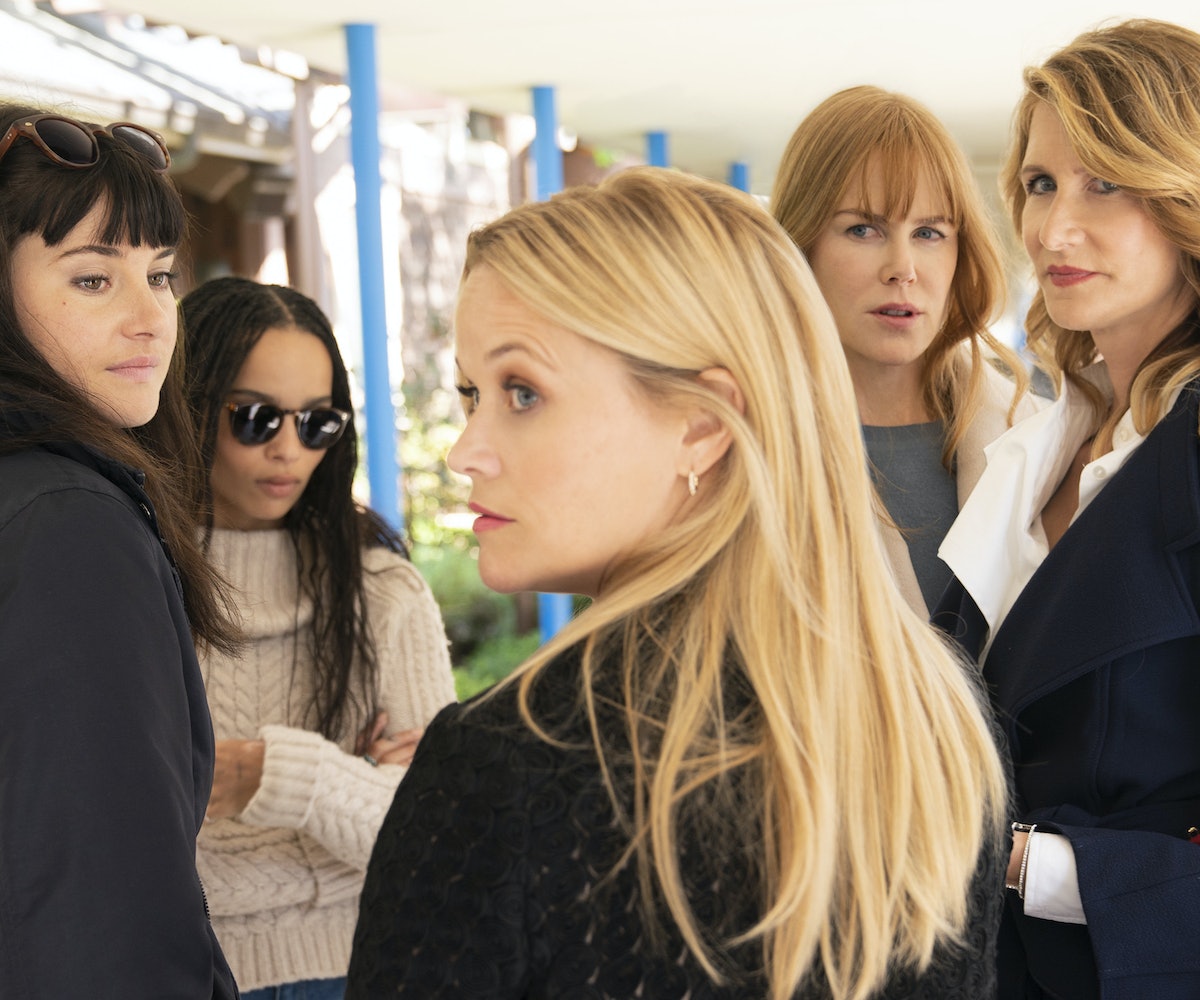 The cast of Big Little Lies is back together in the first look at the second season, and it looks like they're scared that the truth is going to catch up with them.

Bonnie (Zoë Kravitz), Madeline (Reese Witherspoon), Celeste (Nicole Kidman), Jane (Shailene Woodley), and Renata (Laura Dern) all appear in the trailer, which picks up in the aftermath of Perry's (Alexander Skasrgård) death. Now, the whole town is watching the "Monterey Five" suspiciously and talking about them behind their backs.

Bonnie, who pushed Perry, seems especially worried about the coverup, telling Madeline that "it's gonna get us, it's gonna get us all." She has reason to be afraid. According to a press release from HBO, the new season will test their staying power: "Relationships will fray, loyalties will erode… the potential for emotional and bodily injury shall loom."

Meryl Streep's character, newly added to the show, seems like she will cause trouble. Streep joins the cast as Perry's mother Mary Louise, who is on a mission to find out what really happened to her son. She doesn't seem to believe the story that the "Monterey Five" have given: "I want to know what happened that night," she tells Madeline. "I am very tempted to ask you, but I don't think I would get the truth, would I?"

The second season of Big Little Lies premieres June 9 on HBO. Watch the first trailer, below.