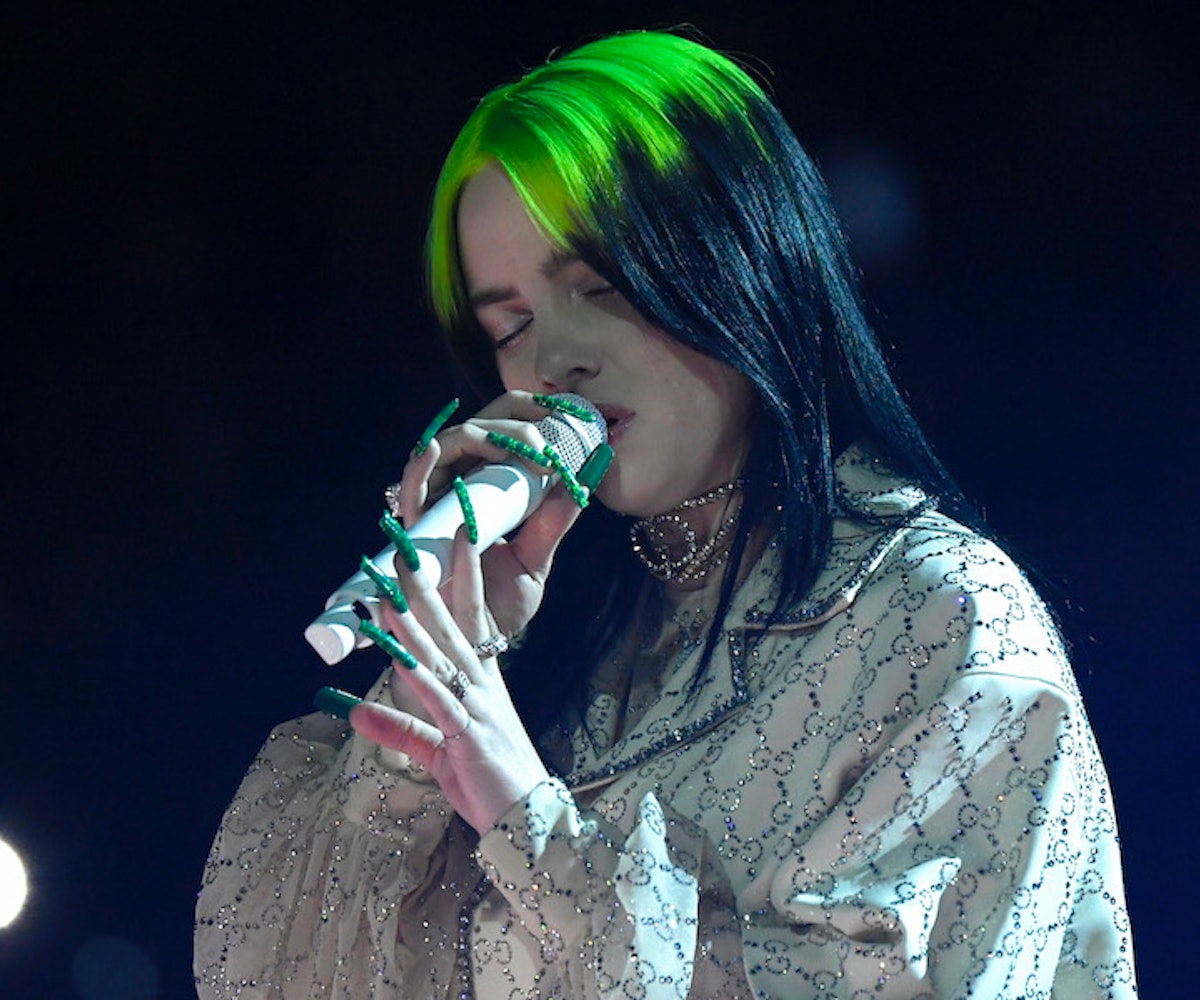 Billie Eilish made her Grammys debut during the 2020 awards season with her performance of her song "When The Party's Over." The 17-year-old bedroom pop singer made history back in November when the 2020 Grammy Awards nominees were first announced, becoming the youngest performer to be nominated in the four main categories in the same year. Ahead of taking the stage for her debut Grammys performance, Eilish secured her first-ever Grammy Award for Best Pop Vocal Album.

Eilish was accompanied by her brother and collaborator Finneas for the dramatic performance, enlisting a full choir to bring the WHEN WE ALL FALL ASLEEP, WHERE DO WE GO? track to life. To follow-up her first sparkly-green Gucci 'fit of the evening, Eilish changed into a similarly sparkling ivory-hued coordinating set. It was basically as close as you can get to bedazzled Gucci pajamas, which is arguably the best thing you could be wearing during any awards show, onstage or on your couch.

While not totally ruling the Grammy Awards, Eilish has been making history all across the music industry. Earlier this month, it was announced that Eilish would be the youngest artist in history to sing a Bond theme song; she'll be recording the anthem for the upcoming installment, No Time To Die. It wouldn't be surprising if we were calling her Grammy and Oscar-winner, Billie Eilish, around this time next year.

Watch a clip from her Grammy performance below.