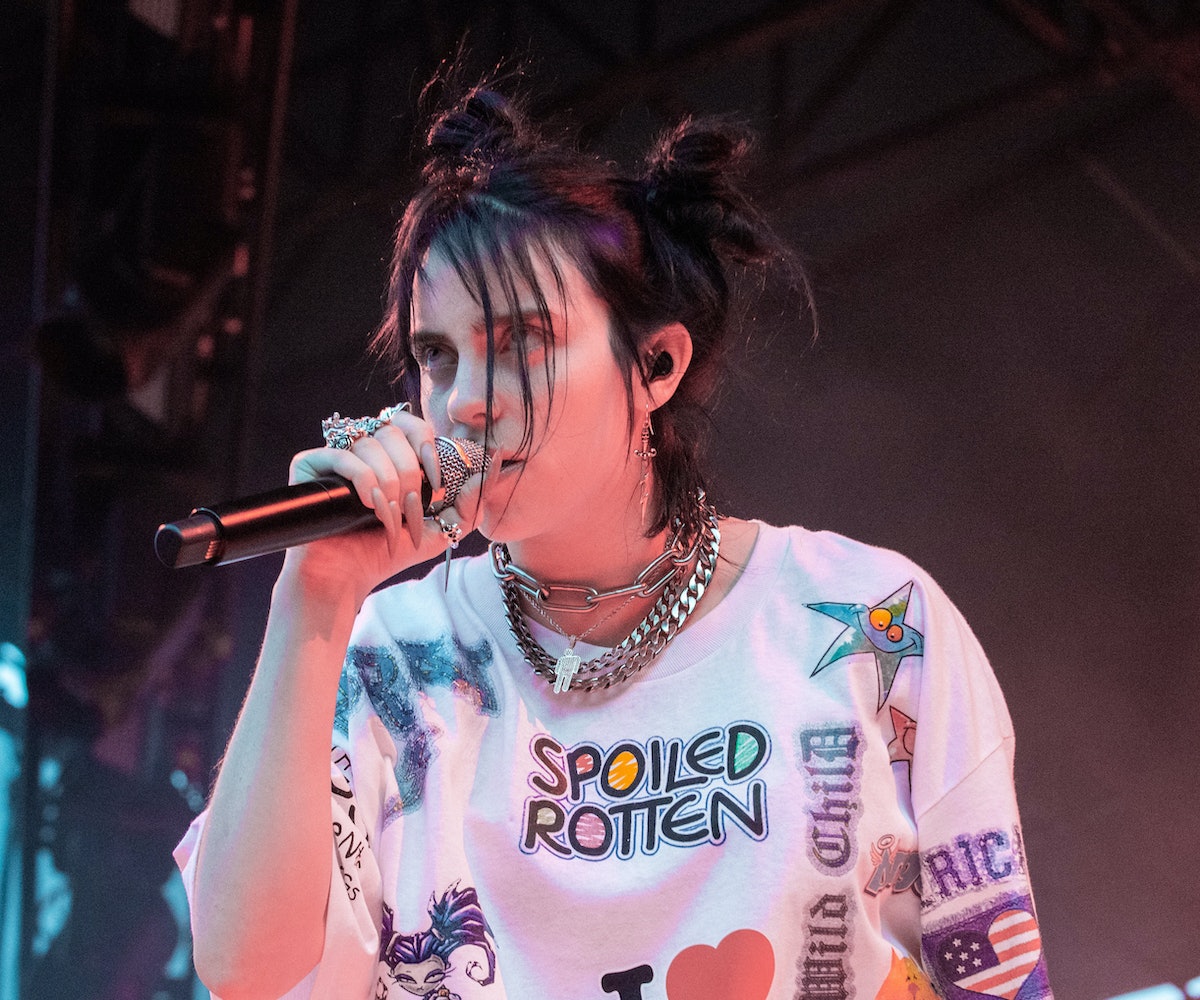 A troll on Twitter made a gross comment about Billie Eilish after she wore a tank top instead of her usual oversized clothes, and we're here to join the chorus of people telling them not to do that ever again.

On Saturday, a Twitter user posted a photo of Eilish wearing an unzipped hoodie with a tank top underneath, with the caption, "Billie Eilish is THICK." Which is gross.

Even though it's never okay to say something like this about a 17-year-old, the tweet is getting more heat following an interview Eilish did. Just last month, Eilish said in a video for Calvin Klein that she wears baggy clothes, and has done for her entire career, because she doesn't want men sexualizing her body. This tweet, unfortunately, only further proved her point.

In response, tons of Twitter users came to her defense. Many pointed out that she's a minor, so any sexualization of her is predatory.

Others are voicing a reminder that this type of attention is directly against her wishes. @FullMetalCunt wrote, "The fact that Billie Eilish is a child going to great lengths to hide her physical self from people to avoid being sexualized only to be sexualized the moment anyone sees her in something not reminiscent of a TENT makes me want to snap necks I'm just sayin."

Let this be a warning to people who think it's okay to objectify a teenager.