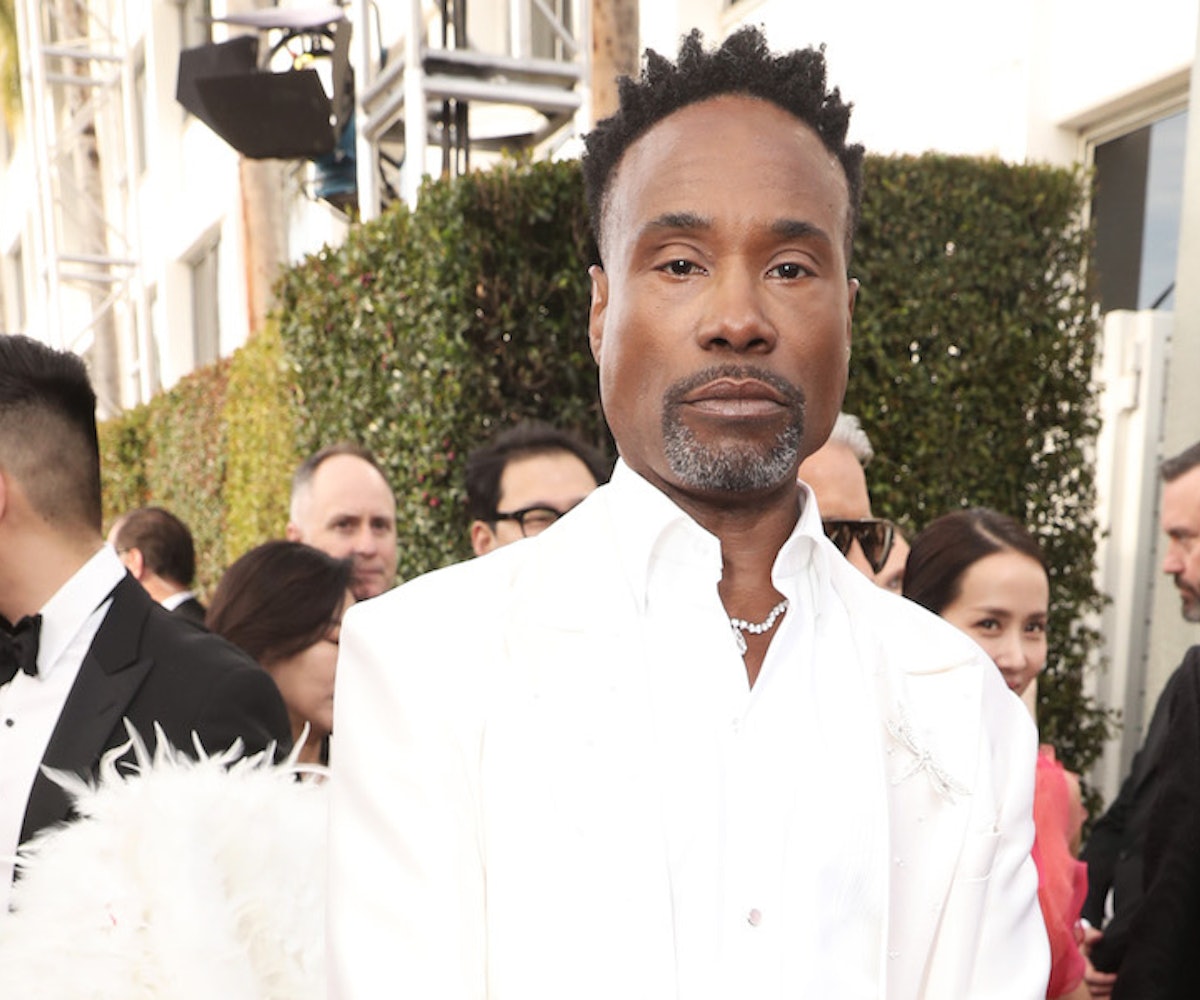 When it comes to awards season fashion favorites, Billy Porter's Golden Globes look has already made him a clear front-runner. But when doesn't Porter win the red carpet? In 2020, Porter has continued his series of show-stopping capes, arriving to the Golden Globes in a dramatic feathered number by designer Alex Vinash, with a team of helpers to ensure the train made it down the red carpet in one piece.

This latest ensemble combines the magic of multiple classic red carpet looks from Porter, notably blending his initial bold cape from the 2019 Golden Globes with the intricate decadence of his golden Met Gala outfit. According to Porter, the full 'fit took three months to complete. "It's really odd to have to work on clothes before you were even nominated, so it was with hope," he told Ryan Seacrest in an interview. Porter paired the white attire with Jimmy Choo shoes and Tiffany jewels. "The feathers are fragile," he added, noting they were for the red carpet only. "This is not a sitting outfit; this is a standing outfit." Luckily, the feathers zip right off so he'll be ready to party once inside.