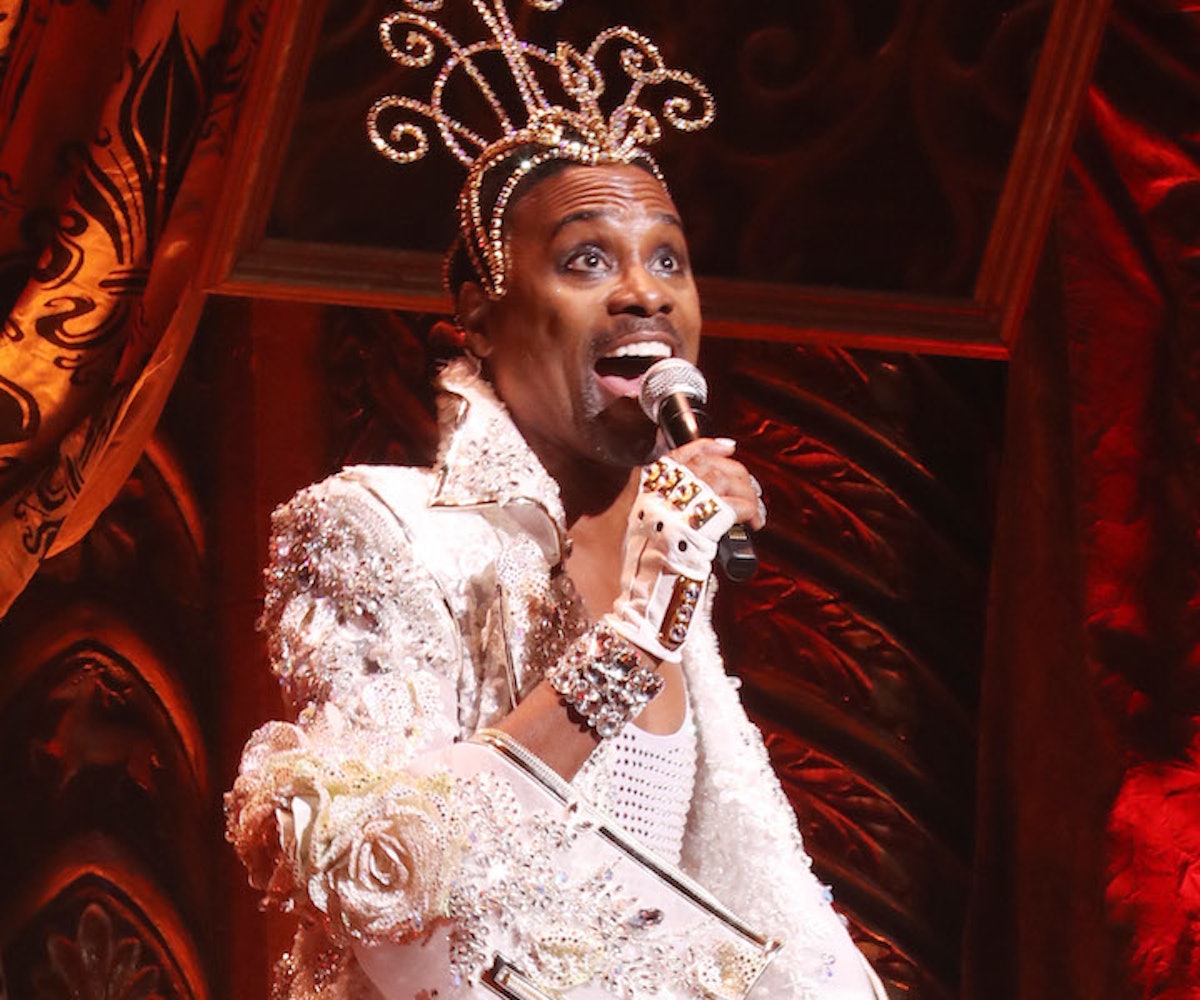 Billy Porter knows how tosteal ashow, and flawlessly did so as he closed out The Blonds NYFW runway with a performance of "Lady Marmalade." This season, The Blonds teamed up with the cast and creative team of Moulin Rouge the musical for their collection and runway, which debuted at the Al Hirschfield theater on Broadway. The Poseactor appeared multiple times throughout the show, performing his own single "Love Yourself" and donning a glittery AF catsuit, proving that if there's anything NYFW needs more of, it's him.

Porter was joined by cast members from the show to perform the iconic Patti LaBelle song, re-popularized when Christina Aguilera, P!nk, Mya, and Lil' Kim covered it for the 2001 Baz Luhrmann film. Luckily, writer Laurie Brookins caught a clip of the performance, which I was unable to do because I was too busy dancing (and dying). TBH, if Porter is ready to step onto Broadway at any point, I'm pretty sure this performance alone would secure him a role in Moulin Rouge. Could you imagine Porter as Harold Zidler?

Earlier on in the show, Paris Hilton rode onto the stage runway on an Eiffel Tower set piece, only to be lifted off by a crew of men so that she could strut and show off her crystal-encrusted bodysuit.

As well, Moulin Rouge cast members Aaron Tveit and Ashley Loren treated the crowd to a performance of Elton John's "Your Song," one of the many songs that made it from the original film to the Broadway musical adaption.

Familiar faces filled the rest of the runway, comprised of cast and models alike, including Gigi Gorgeous, Halima Aden, and more. Below, relive the magic of Moulin Rouge and see some of the best looks from the collection.