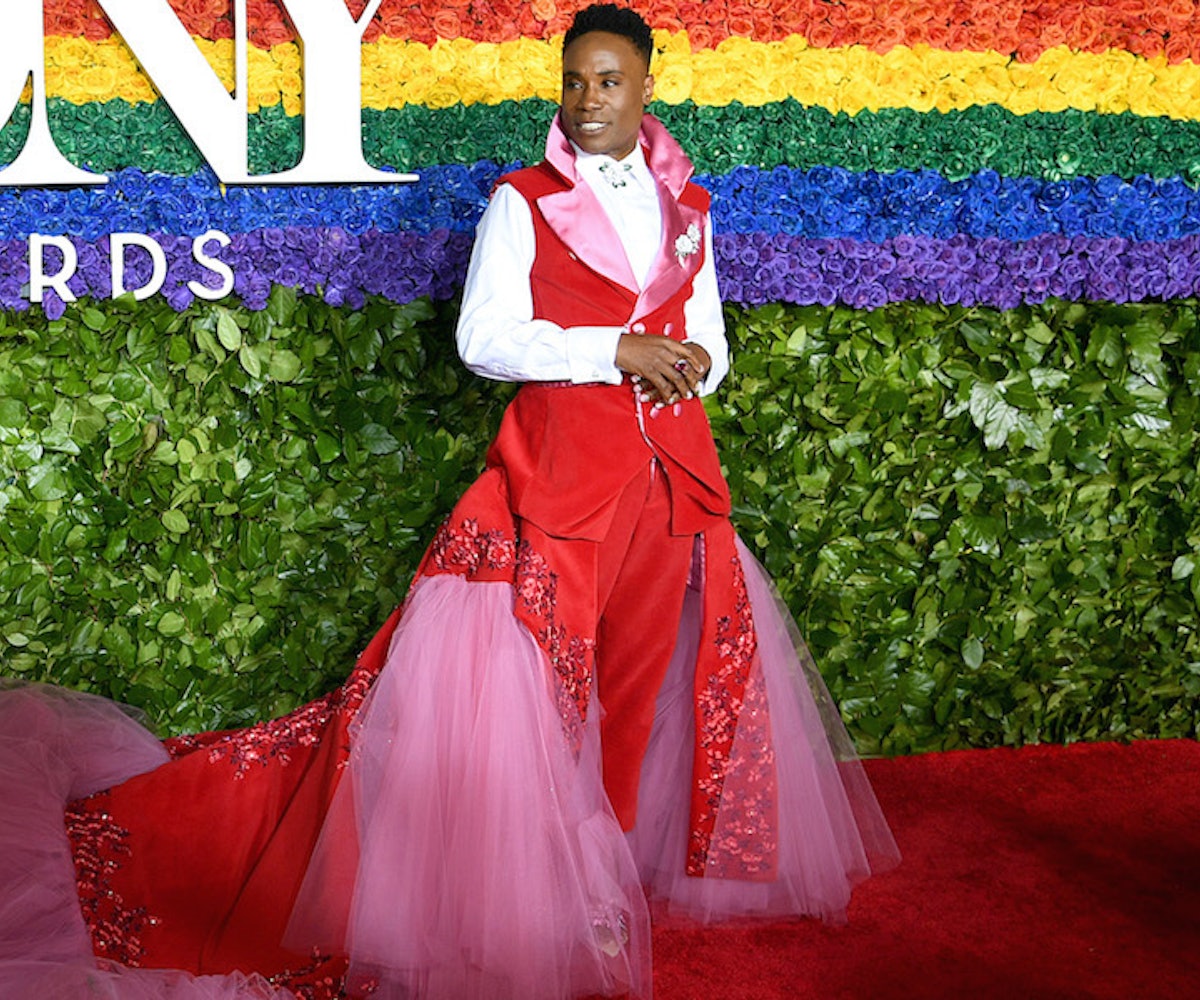 Billy Porter never disappoints when he steps onto a red carpet, and his Tony Awards look is no exception. The Posestar donned a "gender-fluid evening suit," per The Hollywood Reporter, that incorporated the stage curtain from Kinky Boots—which he won the Tony Award for Best Actor for back in 2013—and a uterus motif.

In a statement to THR, Porter elaborated on the inspiration behind his look, made with the help of Celestino Couture, which was really a statement about women's rights. Porter said: "At the fitting, we spoke about making a pattern on the train that was in the shape of a uterus, but not obvious, of course. And I thought it was awesome because women's rights are under attack right now. I'm an advocate for all who are disenfranchised. None of us are free until we're all free!"

He added later, "I really want to make sure that I'm showing up for all of the disenfranchised people I can so that we can find power in our unity. This government is trying to take away the woman's right to choose and that's unacceptable. No!"

Porter later took off the cape to reveal the full look, which included an adorable pair of heeled sandals and cropped velvet pants. I stan every single detail.