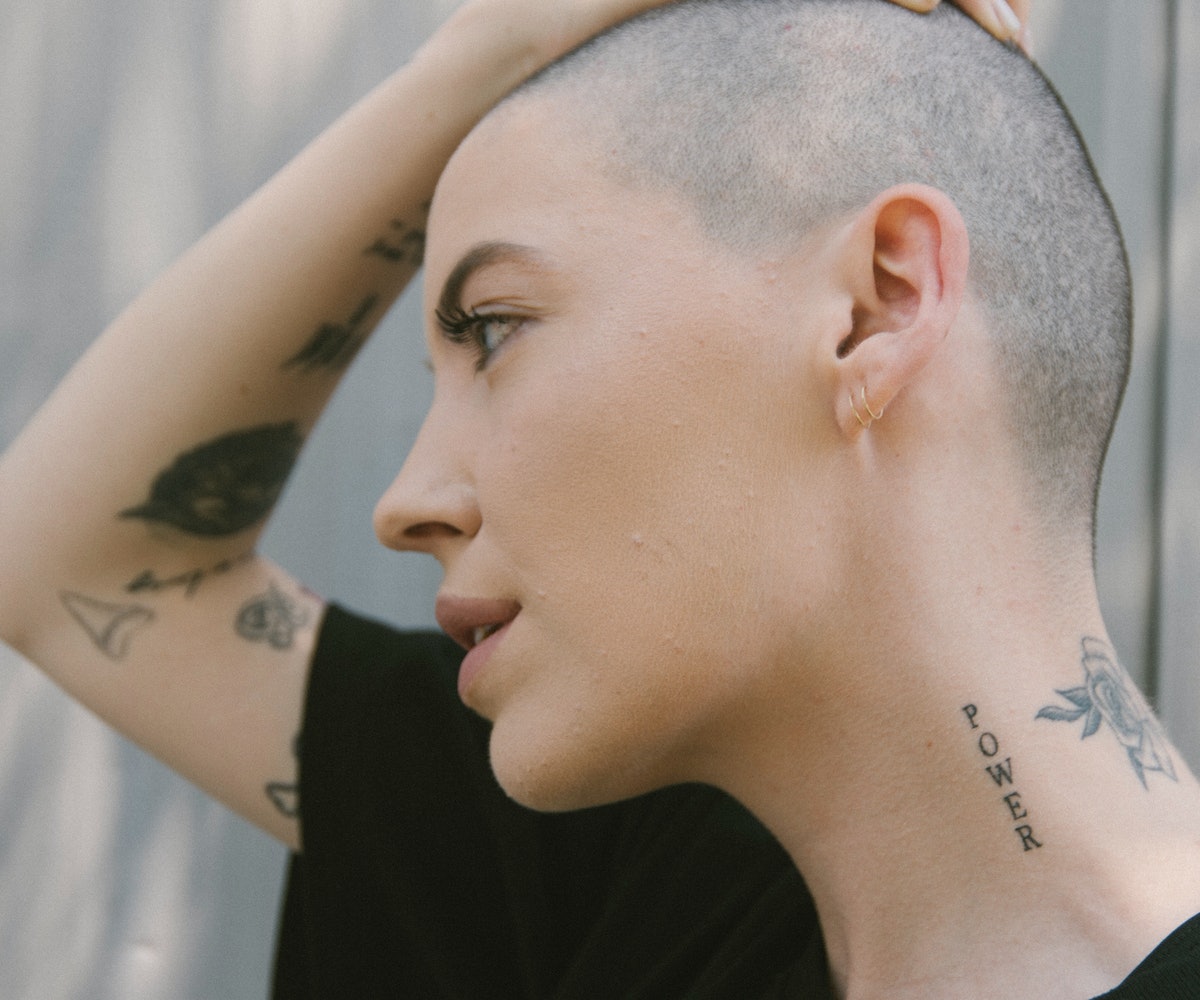 Bishop Briggs is a champion, regardless of whether or not she always feels that way. Last month, a few hours before her set at Bonnaroo Music Festival in Manchester, Tennessee, Briggs and I talked about new music she'd yet to release—including "Champion," which she shared with fans just this Wednesday—and the emotional journey she'd gone through from putting pen to paper, then finally setting her work out into the world.

Briggs began writing when gutted by heartbreak, and "Champion" was a way to become the person and attain the mindset to which she aspired. "Telling the truth and not hiding makes me feel stronger every day," Briggs told me. "As a writer and as a human being, I felt the connection I had in [the studio], being so honest, because I was only sad. I couldn't hide something fake; even if I tried, it ultimately came out."

On this track, rather than spending too much time dwelling in sadness, she used her "vulnerability as power," reminding herself of her best traits. "It's being kind to people. It's having a strong work ethic. It's being passionate about my job," she listed off. "What if just those things alone, or even one of those things, is what made me a champion?"

"What if I could walk around the world having that in me? I feel like socially, as women, we are told our whole lives to underplay our accomplishments and things that we're proud of, to make those around us feel better, no matter how bad we are feeling," she said, and she's right. When she performed the song, it forced her to own her best traits, a musical self-affirmation, not only to reassure herself that she's fierce and can keep on keeping on, but that those singing along with her can realize that about themselves too. But it's not always easy. "I am going to try and walk into each room with that confidence, but it's still hard. I'm still trying," she said.

"This song was written during one of my lowest moments," Briggs shared, and it's a mindset that most people probably wouldn't choose to reenter at any given moment, but it's something Briggs has to do whenever she performs. "Just like therapy, some days you leave it feeling heavier than when you walked in. You're just being honest, you're having realizations. I think sometimes with writing, it really is your subconscious, and sometimes it's the things that you don't want to hear that are making you feel."

"Champion" begins by describing a scenario in which Briggs feels defeated; the wounds are fresh. "My tongue is dry; why do I crumble quickly, stumble swiftly?/ Cursing myself, I burned the furniture a million times in my head," she begins, before quickly reminding herself of the good things that have yet to come, that "you gotta fall down before you fight back." It'll all be okay. She's a champion, after all.

Watch the music video for "Champion," below, and keep your eyes peeled for a special Easter egg hidden within.