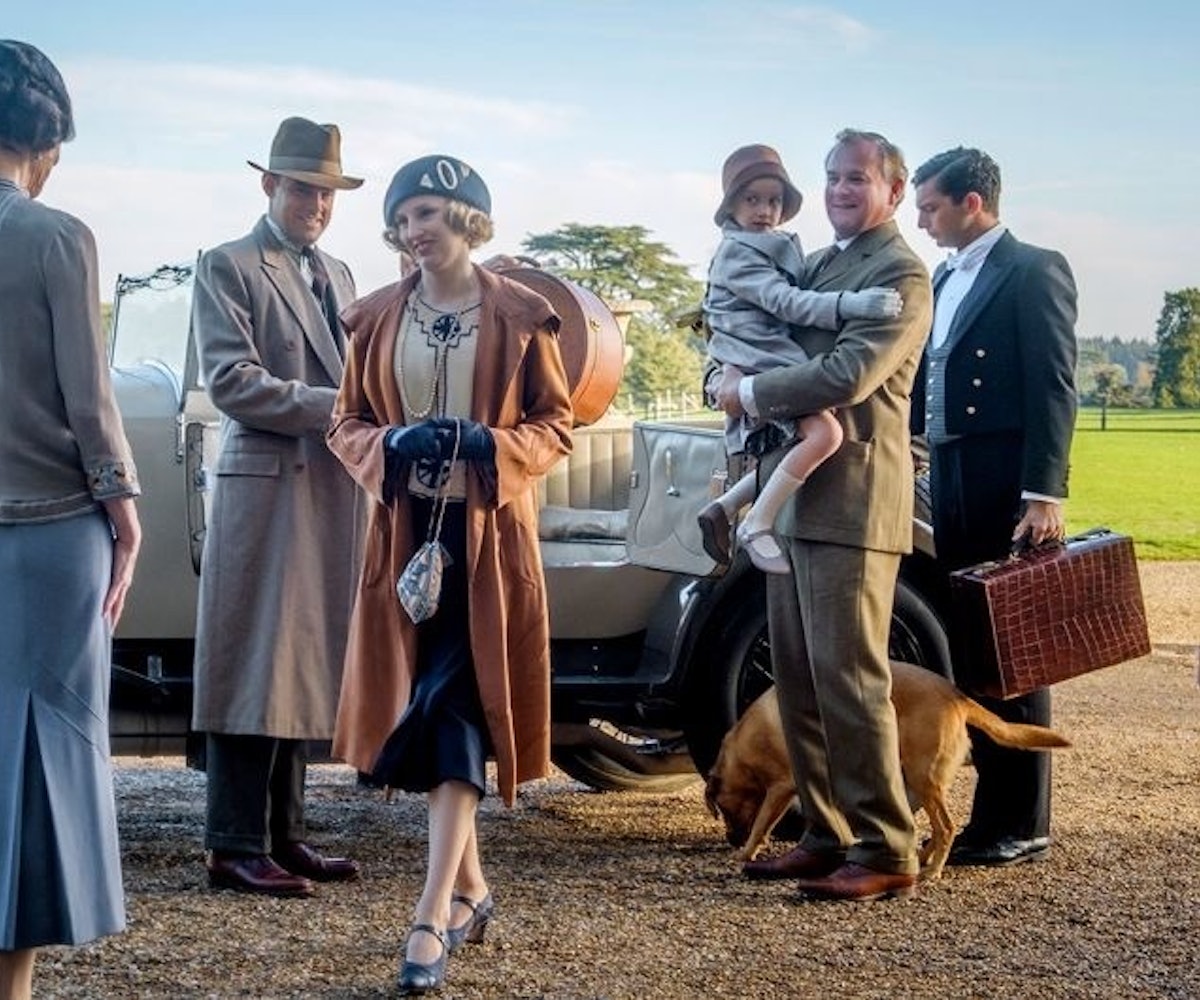 I'm a big Downton Abbey fan. I arrived late to the franchise, long after the show had ended and they'd started offering tours of Highclere Castle, but before you could stay there on Airbnb. It was my little obsession, something I binge-watched at college, in between avoiding writing papers and snagging small stretches of sleep.

It's hard to say what, exactly, was so captivating for me about the series. Maybe it was the outfits. Maybe it was the quaintness of parish life or the fantasy of living in a grand estate. I'm not sure. But I do know one thing: I've always been partial to period pieces and possessed a certain affinity for an era where people were extra-formal and their vices were thoroughly concealed. I can trace my fixation back to an anniversary-edition copy of Pride and Prejudice—hardcover and inlaid with gold. My dad gave it to me for Christmas one year, and I devoured the book and the movie along with it. I fell in love with Elizabeth Bennett and Mr. Darcy, fawning over the architecture of Pemberley and the elegant, empire-waist dresses. It felt very refined, and very low-stakes. The drama was contained to their pastoral setting, even as the world presumably raged on around them. Although Downton Abbey is set centuries later—it begins just after the sinking of the Titanic—the same type of nostalgia still plays a role in its allure.

It isn't lost on me that my fondness for this time period is a dissociative sort of escapism. Had I lived through this now-glamorized moment, I would've been the subject of physical, emotional, and spiritual bondage—my opportunities limited, to say the least. This almost bolsters my commitment to the genre, a fleeting sort of self-care where I can lose myself in a space that pretends I don't exist. Because to be clear, Black people did exist. They're just missing—omitted from the storyline due to the complications their presence would present. Downton Abbey did try to deal with race once (the fourth episode of Season 4), and it was a verifiable mess. The rebellious Crawley cousin, Rose, dated a Black jazz player for an episode, entertaining an alternate reality where she, a wealthy white woman, could safely coexist with a Black man. The show flounders to paint a realistic portrayal that doesn't render the Crawleys unlikeable, opting to do an early-20th century version of "we don't see race," and making sure the relationship didn't go any further than a few scenes. Rose is devastated (or "devastated"), but promptly moves on, the show ticking the box of tackling an "outside" problem. It was the show's version of an after-school special, and felt clunky at best.

I see why it's a hard sell for folks that look like me. A period piece where people with money wax poetic about how to deal with the poor? At least Game of Thrones has dragons. But there's an allure in the non-serious drama. Nothing really happens until something happens. Every once in a while someone dies or gets dangerously sick with the kind of illness that can now be prevented with vaccines or cured with a dose of penicillin. But mostly, they worry about things like inheritance or a visit from someone particularly important. It's dire in a way that things can only be dire for the white elite, where their privilege offers them the opportunity to live a mildly affected life. There's no threat of climate change or a widening wage gap. They don't have to be concerned that their Black bodies will show up in a room before they do.

Somewhere around Season 2, I got my partner into Downton Abbey, too. But, aside from us, I didn't know of any other Black people who watched the show (I still don't know many)—let alone Black lesbian women who enjoy binge-watching BBC shows and eating absurdly big tubs of Coldstone Creamery ice cream while doing it. if this is you, please DM me, we're always looking for new friends.

The feeling of being the only Black Downton Abbey fans changed with my newer obsession—The Boys—an Amazon Original that my partner and I devoured in one sitting. What can I say? We're professionals. In one episode, the character Mother's Milk—a member of "The Boys" reluctantly dragged back into a life of fighting superheroes—is on the phone with his wife and tells her she can't watch the next episode of Downton Abbey without him. We couldn't hit pause fast enough to take the time and give each other knowing looks. Could it be that other Black people watched Downton Abbey, too? It didn't matter that the character was fictional, or that it took up a few moments of screen time, we felt seen.

Turns out, the line was a writer's room joke come to life. "It started as a running joke in one of my other show's writer's room." Eric Kripke, The Boys' showrunner, told me. "We were all bingeing Downton Abbey, and when someone pitched an idea, we'd respond, 'It's good, but is it Downton Abbey good?' It made an impression on me how everyone, male and female, from all different backgrounds, equally loved the show." The episode's writer, Rebecca Sonnenshine, decided to add it in as a way to flesh out Mother's Milk as a "sensitive, cultured man."

Although it was disheartening to learn that the line wasn't said by Mother's Milk because he was a Black man, I felt connected nonetheless. Here was this man who shared my cultural heritage, watching the show with his partner, like I do. Still, though, it didn't lead to some larger discovery of tons of other Black people who also watch Downton Abbey. My Instagram poll on the topic went unanswered save for a single follower who commented: "It's so good." But, since it turns out I'm not the only Black person who likes Downton Abbey, we probably need some kind of Facebook group. If only to link up and go see the movie.