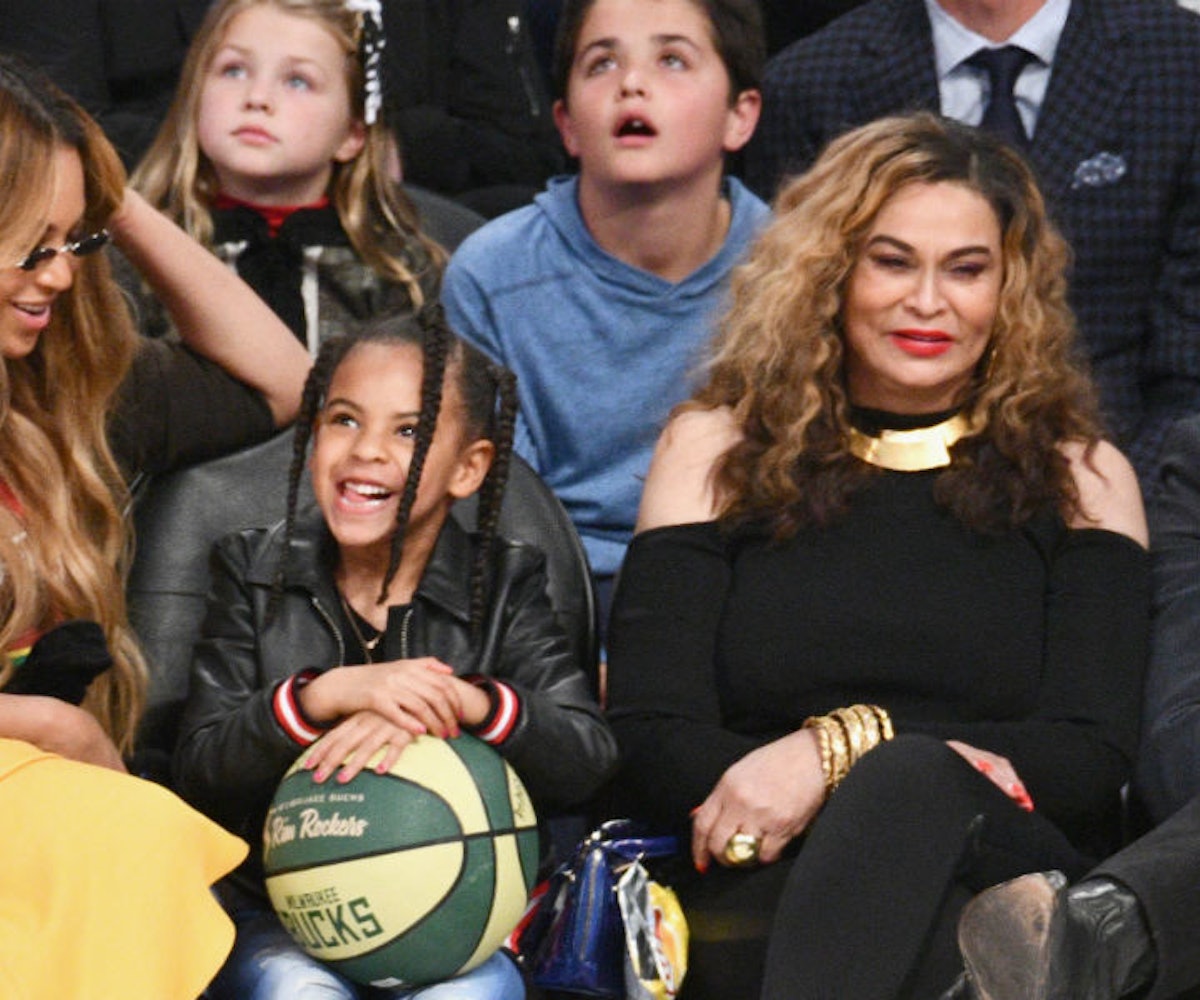 If you follow Tina Lawson, also known as Beyoncé and Solange's creator, on Instagram, you know that she loves her daughters, her husband, and what she calls "corny joke time." Which is basically her weekly or so ritual of lightening up the mood by telling jokes she likely found on the internet. This week, she had a special guest join: her granddaughter Blue Ivy.

Right after waving in front of Lawson's face and into the camera, Blue proceeds to tell the joke (off camera) which went like this: "Hey! So, how many petals—I mean, how many lips—does a flower have?" she asks. "Well, how many?" Lawson replies. "Two lips," Blue says. "You get it? There's a kind of flower that's called a tulip." We got it! And so did her grandmother, who let out a little chuckle.

Amazing how Blue is already a comedian and a botanist, among otherthings, at only seven years old. Her mind, it amazes us sometimes.