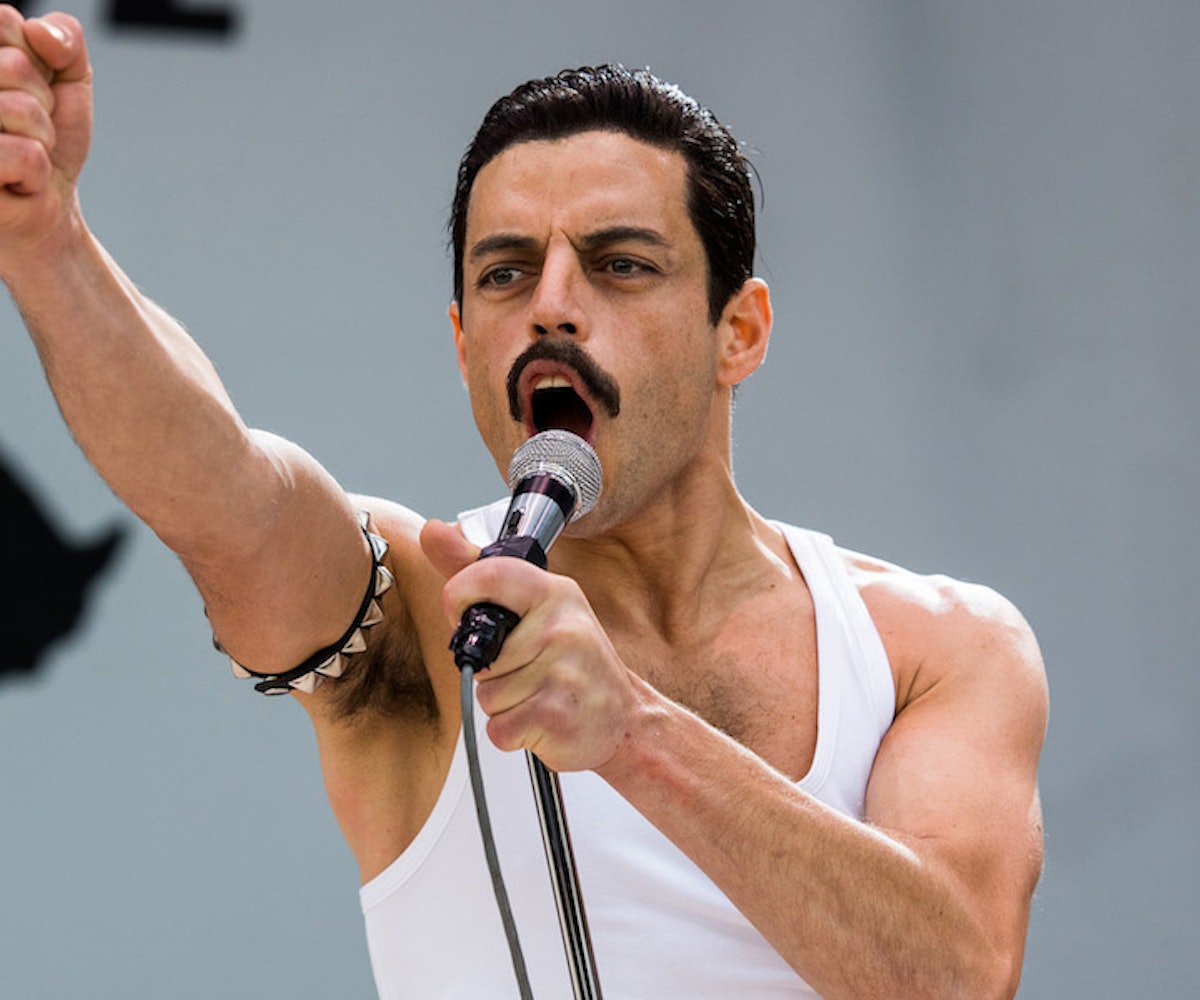 According to a frequent Queen collaborator, there may be a Bohemian Rhapsody part twoheaded to theaters following the success of the first film.

Director Rudi Dolezal (presumably no relation to Rachel), who is behind many of Queen's iconic videos as well as previous documentaries on late frontman Freddie Mercury, tells Page Six that a sequel is currently "being heavily discussed in the Queen family." Specifically, when talking about the band's famous manager, Jim Beach, Dolezal stated, "I'm sure he plans a sequel that starts with Live Aid." Back in November Queen guitarist Brian May also told Louder Sound in an interview, "I think Live Aid is a good point to leave it. Who knows, there might be a sequel."

When Dolezal's words first hit the internet, Twitter users shared their distaste over the idea of a sequel. @bradmiska wrote, "Way cool! I love their concept on doing a sequel that follows Queen selling out Freddie Mercury and making a movie called Bohemian Rhapsody!" Others resorted to memes and reaction images, pointing out that a sequel would further disrespect Mercury's life and legacy.

Luckily, it seems that Queen and its management did not confirm Dolezal's claims to Page Six, so hopefully what was "heavily discussed" is how bad the idea of a sequel is.