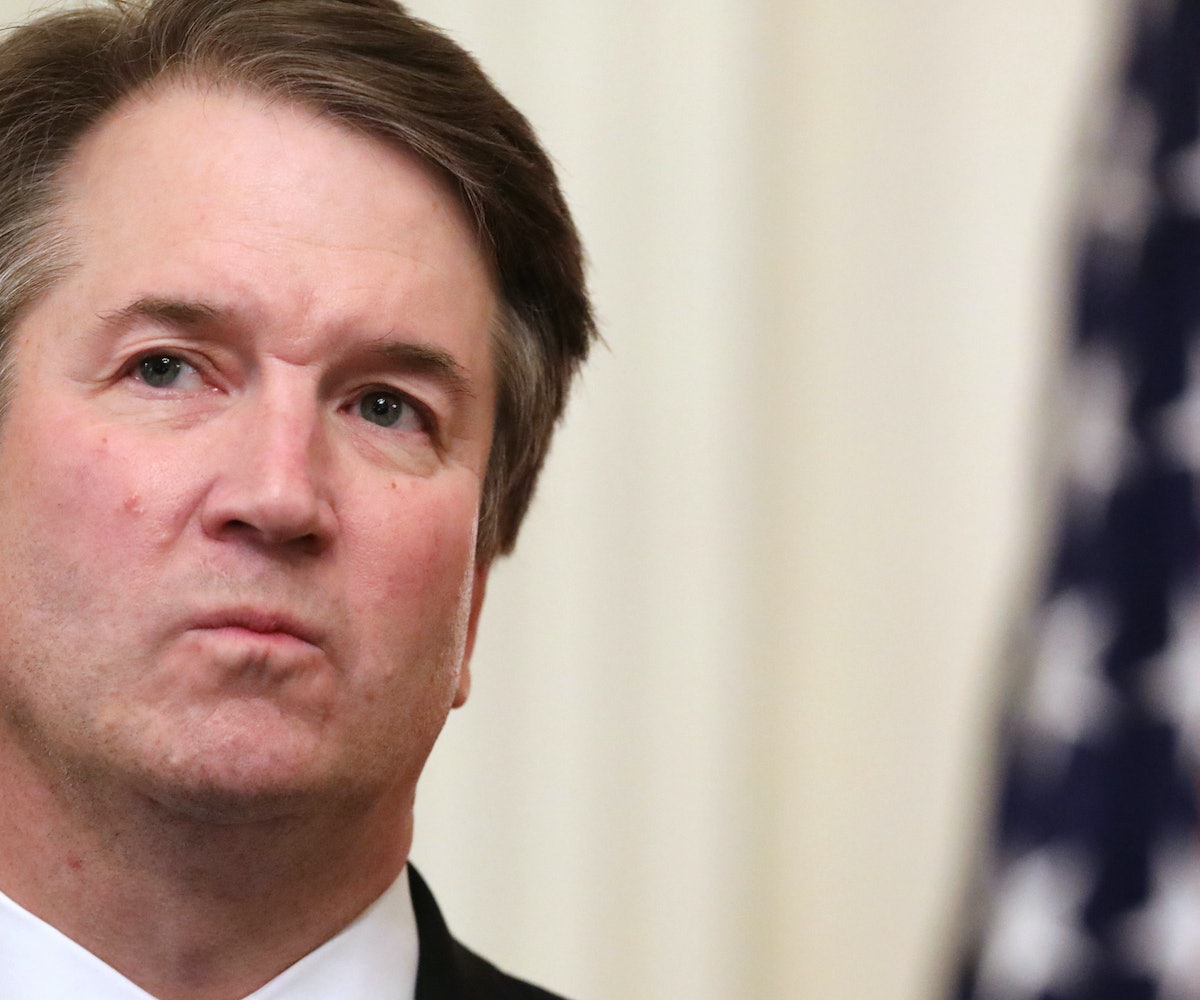 As Dr. Christine Blasey Ford continues to receive death threats, new Supreme Court Justice and all-around horrible person Brett Kavanaugh has returned to the basketball court to coach a team of young girls. The Washington Post reports Kavanaugh, aka "Coach K," was present at a recent tournament, and was met with none of the opprobrium he claimed he'd face following Ford's accusations earlier this year.

Joe Sego, tournament coordinator, was concerned that the controversial hearings would cause the league to "run into some issues. But," he said, "I figured since a little bit of time had gone on and things had kind of settled down, that it would be okay—and it was. There was no issue whatsoever." Aside from spectators tweeting photos of Kavanaugh, it seems that he was welcomed back to mentoring a group of young girls.

During his Senate confirmation hearing, Kavanaugh used his work as a basketball coach as a means to garner sympathy. "I love coaching more than anything I've ever done in my whole life," he stated. "But thanks to what some you on this side of the committee have unleashed," he added, taking a dig at the Senate Democrats, "I may never be able to coach again." Clearly, that isn't the case.

Parents and team members showed support for "Coach K" during the Senate confirmation hearings, often sitting behind Kavanaugh during the hearings.

According to the Post, Kavanaugh was accompanied by security at the game, but enlisting their support never became necessary.

Dr. Ford recently raised money via a GoFundMe to hire security for herself and her family, as it became a necessity due to threats after "the right wing smear machine started," according to the Post.

NEXT UP
A Night Out
A Night Out With Rachel Bilson
Culture
An Ode To Stripperweb, The Beloved Sex Worker Forum
Culture
Dizz Tate’s Novel Brutes Captures Sticky, Sweaty Girlhood In Florida
Culture
For The Girls Of Forever Magazine, What's Forever Is Friendship
Style + Culture, delivered straight to your inbox.