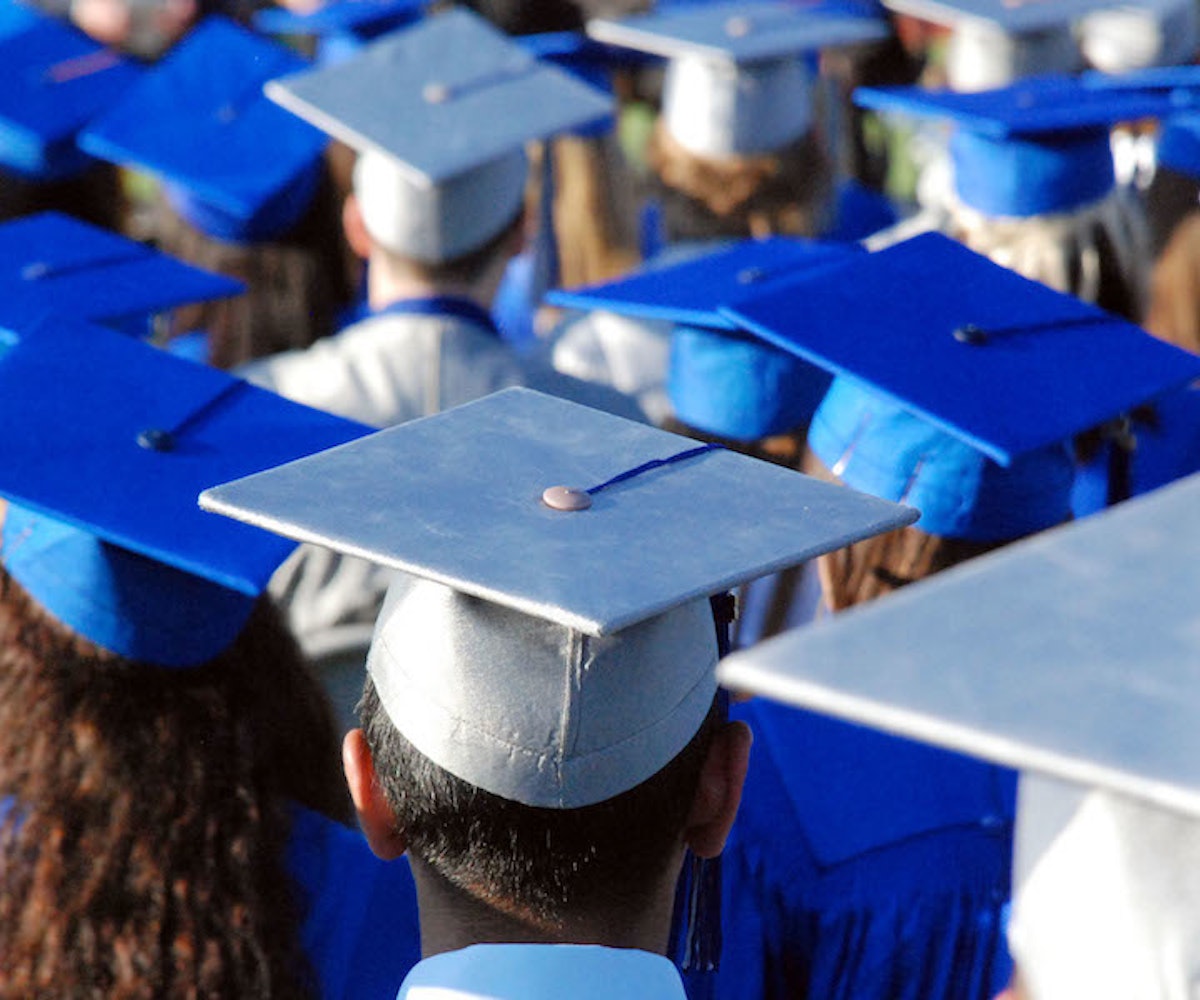 The valedictorian at Brigham Young University, a school owned by The Church of Jesus Christ of Latter-day Saints, used his graduation speech to come out. Throughout his speech, conducted in front of the entire class and faculty, Matty Easton eloquently spoke to marginalized student populations, and congratulated them on succeeding in the face of adversity, before identifying himself as gay.

"As I'm sure many of you have felt, I recall countless times here at the Y where I have battled and fought in prayer with my maker," Easton shared. "It was in these quiet moments of pain and confusion that I felt another triumph, that of coming to terms, not with who I thought I should be, but who the lord has made me. As such, I stand before my family, friends and graduating class today to say that I am proud to be a gay son of God."

Per The Salt Lake Tribune, BYU's Honor Code—which states that "homosexual behavior is inappropriate and violates the Honor Code"—has been subject to criticism after students spoke out about their "experiences of being punished for breaking the private religious school's strict code of conduct, or how they've been afraid of the consequences for turning themselves in, even when they weren't at fault."

On Twitter, Easton clarified that he'd come out to a handful of friends and family throughout his time at BYU, but his graduation speech was his first official public declaration. "While I don't speak for everyone—my own experience is all I can vouch for," Easton tweeted, "I hope that people know that we ARE here at BYU, and we're not going anywhere anytime soon."