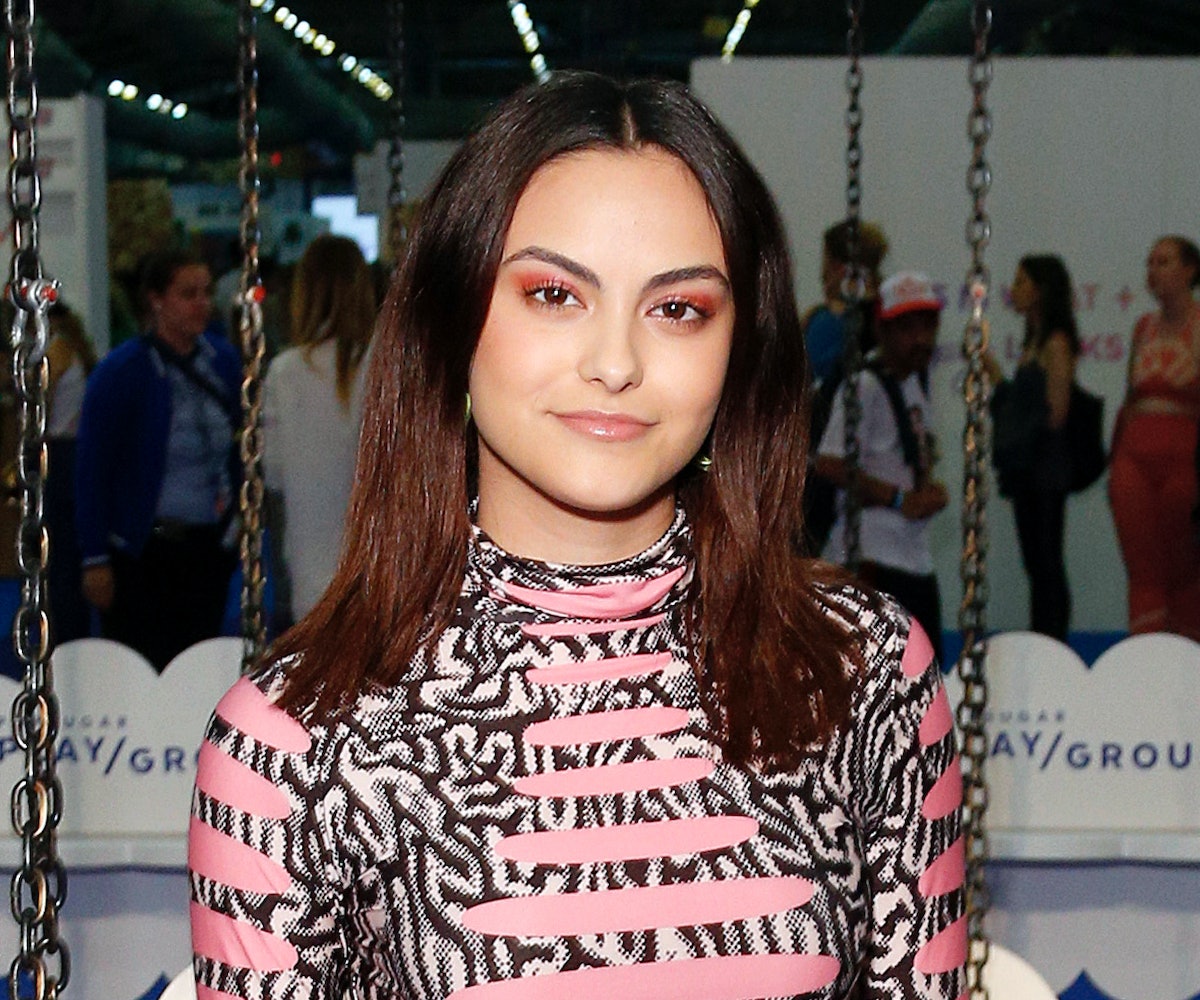 Photo by Lars Niki/Getty Images for POPSUGAR and Reed Exhibitions

Camila Mendes has been open about her eating disorder before, but, in a new interview during a panel at PopSugar's Play/Ground, she revealed that costume fittings for her show Riverdale were the catalyst that led her to seek treatment.

According to Mendes, it wasn't until she started working as an actress that she realized she was struggling. "I don't even think I knew I had an eating disorder until I was in the industry," she said, noting that she only realized she had one when she started working with a nonprofit organization called Project Heal, which helps people recovering from eating disorders. "I was like, Oh my gosh, I've been in denial about my issues," she said.

She said that Riverdale fittings were particularly "overwhelming" for her, because her character Veronica Lodge wears clothes that she normally wouldn't, and this is part of what prompted her to seek help. "I started to see a therapist and started getting serious about recovery when I couldn't get through a fitting," she revealed. "It was, like, so the opposite of what I like to wear, and it was really uncomfortable. It made me really insecure, so it got to a point where I couldn't get through a fitting. Thirty minutes in, I was crying… I was like, Why don't things fit me a certain way?"

Mendes explained that her sister's struggles with bulimia made her play down her own eating disorder, prior to seeking help. "I had this mentality … [my sister's] situation was a lot more serious than mine so I'd always find comparisons like, Oh, I'm not like that so I must not have an eating disorder, like, I just purge every once in a while, it's not a big deal, right?"