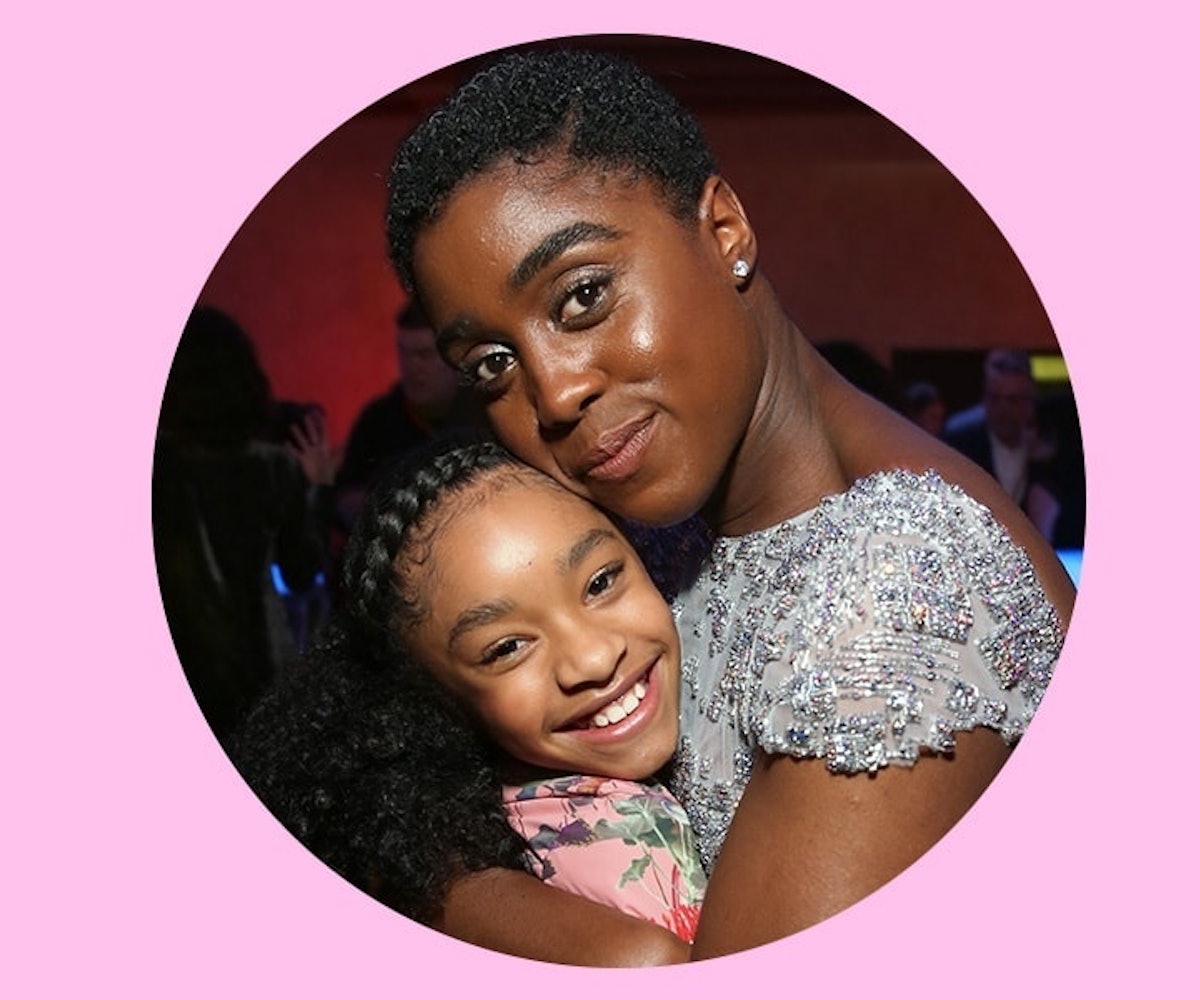 Captain Marvel may have just introduced the first-ever Black female superhero to hit the Marvel Cinematic Universe in the most adorably subtle way. But first: If you haven't seen the movie yet and/or don't plan on reading up on the comic universe, you might want to stop here to avoid any major spoilers.

As Refinery29 points out, Monica Rambeau (Akira Akbar), the scene-stealing daughter of Carol Danvers fighter pilot BFF Maria Rambeau, may just grow up to take over for Danvers as another iteration of Captain Marvel. Not only is the 11-year-old Monica fierce AF in the movie,and clearly a superhero-in-the-making based on attitude alone, but she also has an awfully similar backstory to her role model, too.

According to R29, Monica's origin story involves her time as a lieutenant in the New Orleans harbor patrol where she "tried to prevent a dangerous weapon from being created, and was exposed to 'extra-dimensional energy' which gave her the power to be able to convert her body to energy," which should ring all the bells for anyone who has already seen and obsessed over Captain Marvel. Not only is it an exact parallel to Danvers' story, but Danvers also adorably refers to Monica as Lieutenant Trouble before taking off into space, planting a potential seed for her future title. In the comics, Monica ends up retiring the Captain Marvel title in lieu of monikers Photon, Pulsar, and Spectrum as a means of cherishing Mar-Vell's legacy, so for the MCU it'd be a chance to end the Captain Marvel character's run in a historic way.

As R29 pointed out, it's not clear if Akbar herself would take over as Captain Marvel—it seems that she's probably just as old as Monica, so it'd be a long time IRL for her to be old enough to resemble the future lieutenant—but regardless, it's an incredible potential new story.

NEXT UP
Culture
The Madonna Biopic Is Being Scrapped
Culture
Kaia Gerber Won’t Stop Until She’s Cast As Patti Smith In A Biopic
Culture
The 2023 Oscar Nominations Full List Is Here
Entertainment
FLO Is Headlining Their First US Tour This Spring
Style + Culture, delivered straight to your inbox.