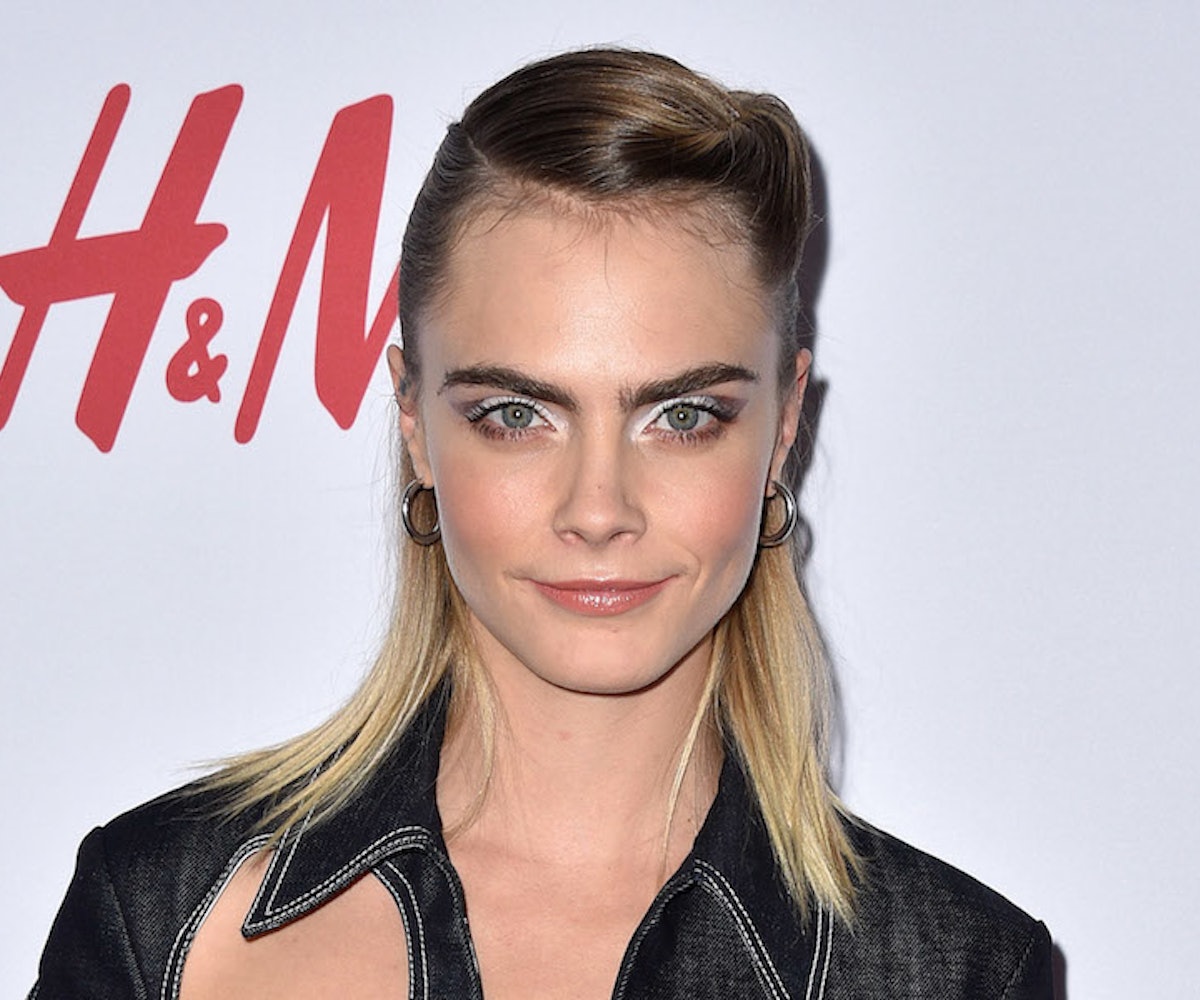 Cara Delevingne wore the holiest jumpsuit of all time on Sunday night: a denim Guy Laroche creation she chose for the Girl Up GirlHero Awards in Los Angeles. Delevingne kept her accessories minimal, with medium-sized hoops, white pointed-toe heels, and a delicate chain that mimicked the neckline of the jumpsuit; this is fitting, as it's the massive gaps in fabric that I can't get out of my head.

Despite not being made specifically for Delevingne, it appears to be that way, as one of the holes perfectly frames a tattoo on her left forearm. The jumpsuit originally made its debut during Paris Fashion Week on the Spring 2020 runway; the only major difference is that Delevingne's stylist zipped her 'fit halfway up, giving the piece a more daring neckline. But, it's not as if there's any real way to tone down a jumpsuit covered in giant holes.

Overall, I have only one major question for Delevingne about this look: What underwear is ideal for a one-piece with cutouts akin to swiss cheese? Thanks to red carpet photos chronicling the details of her backside, we can see that there definitely is a hole baring most of the left side of her butt, which must have caused quite the predicament when choosing undergarments. If she's somehow found the highest-waisted thong known to mankind, I would like to buy it immediately. And if she just went commando, well, I'd just have to stan even harder than before.

Take a closer peek at the jumpsuit below.