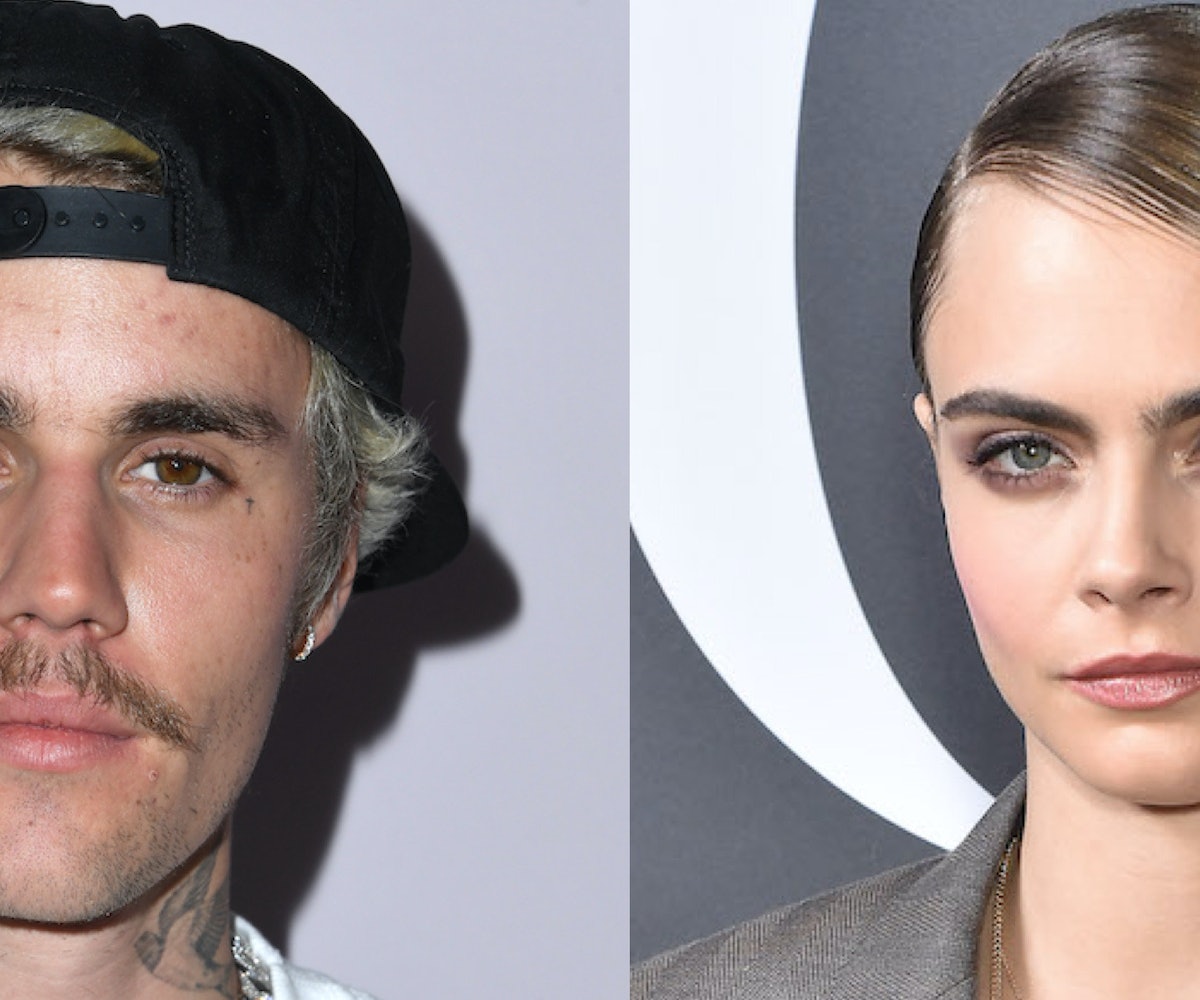 It's been a year and a half since Justin Bieber married Hailey Bieber (née Baldwin), and one would assume that both Biebers have since become significantly acquainted with each other's friends. Apparently, such is not the case for Justin, who recently went on The Late Late Show with James Corden to play a game of "Spill Your Guts or Fill Your Guts." The rules of the game, per Corden: "We are going to ask each other questions... We have a choice: We can either answer these questions truthfully or we have to eat whatever either of us chooses." The food options — which include Fear Factor-worthy dishes like cow tongue, bull penis, cow blood & pork tongue jelly, bird saliva (which Bieber seemed especially disturbed by), ant yogurt, and cod sperm, just to name a few — are designed to keep the game lighthearted and fun. But the questions are another story, especially since one of Justin's answers seems to have rubbed one of Hailey's best friends, Cara Delevingne, the wrong way, causing the model-cum-actress to call Bieber out on Instagram.

During one question, Corden asked Justin to rank three of Hailey's famous friends "from your favorite to your least favorite." The friends? Gigi Hadid, Kendall Jenner, and Cara Delevingne. Judging by the way Justin closed his eyes and nervously laughed after being presented with the options, it's clear that the question unsettled him. Yet, rather than choosing to eat bull penis (fair!) and avoid the question altogether, Justin went for the dare, responding, "Alright...Kendall, Gigi, Cara Delevingne." Eventually, he explained his reasoning: "I know Kendall the best. I've spent the most time with Kendall; she's a good friend of ours. I haven't spent a lot of time with Gigi and I haven't spent a lot of time with Cara, so..."

Well, according to Delevingne, Bieber's claim that he "hasn't spent a lot of time" with her simply isn't true. Just hours after the segment was unveiled to the public, the supermodel and Suicide Squad actress took to Instagram to offer some evidence to the contrary.

In her post, Delevingne uploaded the offending clip, followed by a picture of Justin Bieber checking her out as she walked by him during the 2012 edition of the now-canceled Victoria's Secret Fashion Show. In a final slide, Delevingne posted a more recent picture the two of them wearing matching NHL Toronto Maple Leaf jerseys while making silly faces to the camera. In the accompanying caption, Delevingne noted, "Now vs. Then. If you have nothing against me, then why don't you unblock me?" She followed that with a shoutout to her friend, Mrs. Bieber, saying, "Love you @haileybieber" before ending things with a scathing burn: "He should have just eaten the bull penis."

Whether or not Justin and Cara were close friends at one time may never be determined, but after this little spat, one thing remains clear: they aren't doing so well right now. Let's hope Hailey is a good mediator.

Watch the entire segment from The Late Late Show with James Corden below.