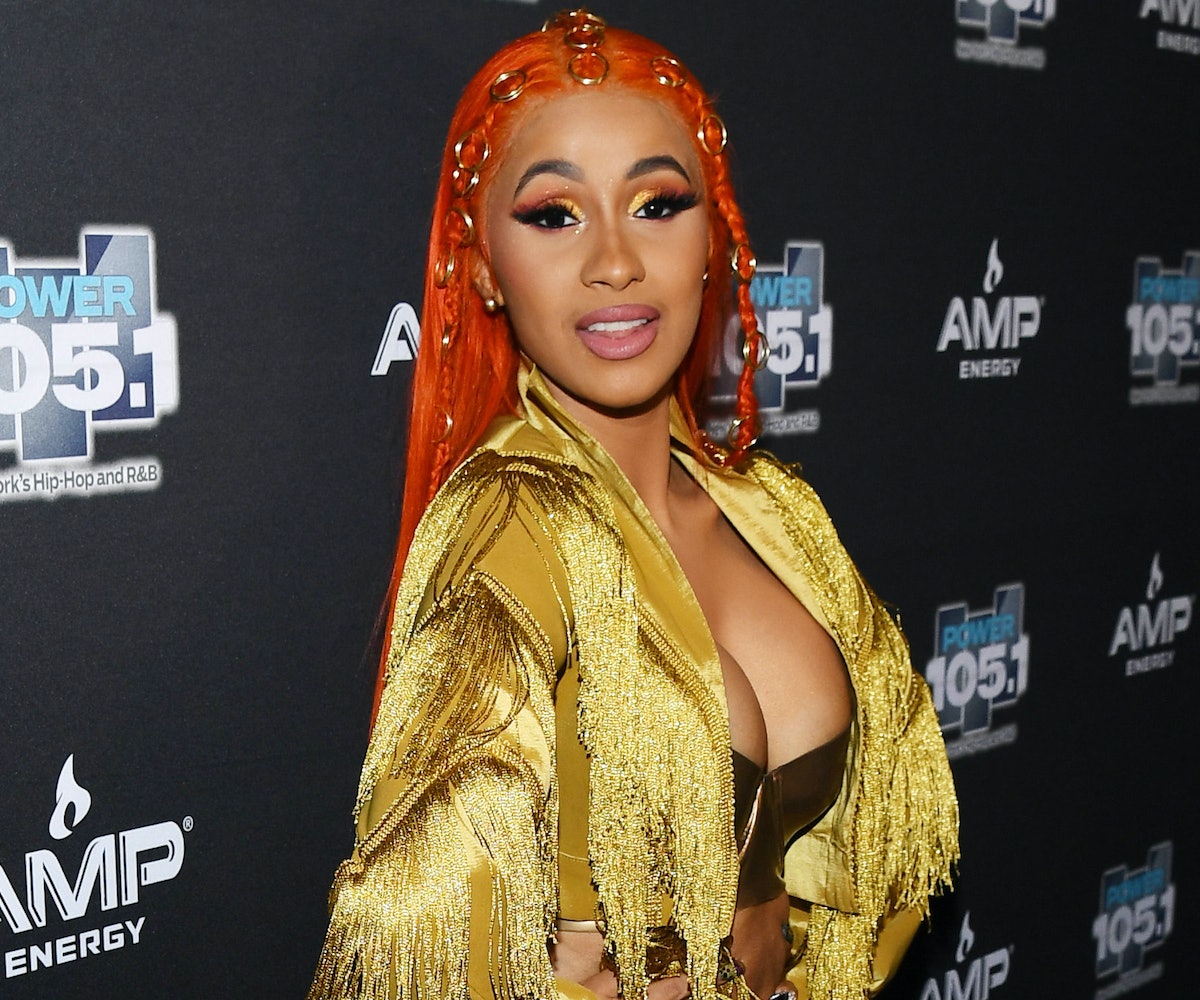 Cardi B is returning to TV with a new Netflix show. In 2019, you'll be able to binge-watch her, Chance the Rapper, and T.I. on Rhythm and Flow, a hip-hop competition that will be judged by the three rappers.

The Hollywood Reportershares that the series will be filmed in 10 parts, during which the team of superstars will be looking to discover fresh talent across the nation. Given Cardi's history with reality television, having come to notoriety from VH1's Love & Hip Hop: New York, we're guessing this next project will be no sweat for the performer. What's more, according to THR, the show is backed by John Legend's Get Lifted Film Co.

Maybe the potential success of this venture with the "I Like It" rapper will be enough to convince Netflix to make The Nanny reboot with Cardi as Fran's daughter actually happen. I'm holding out hope.