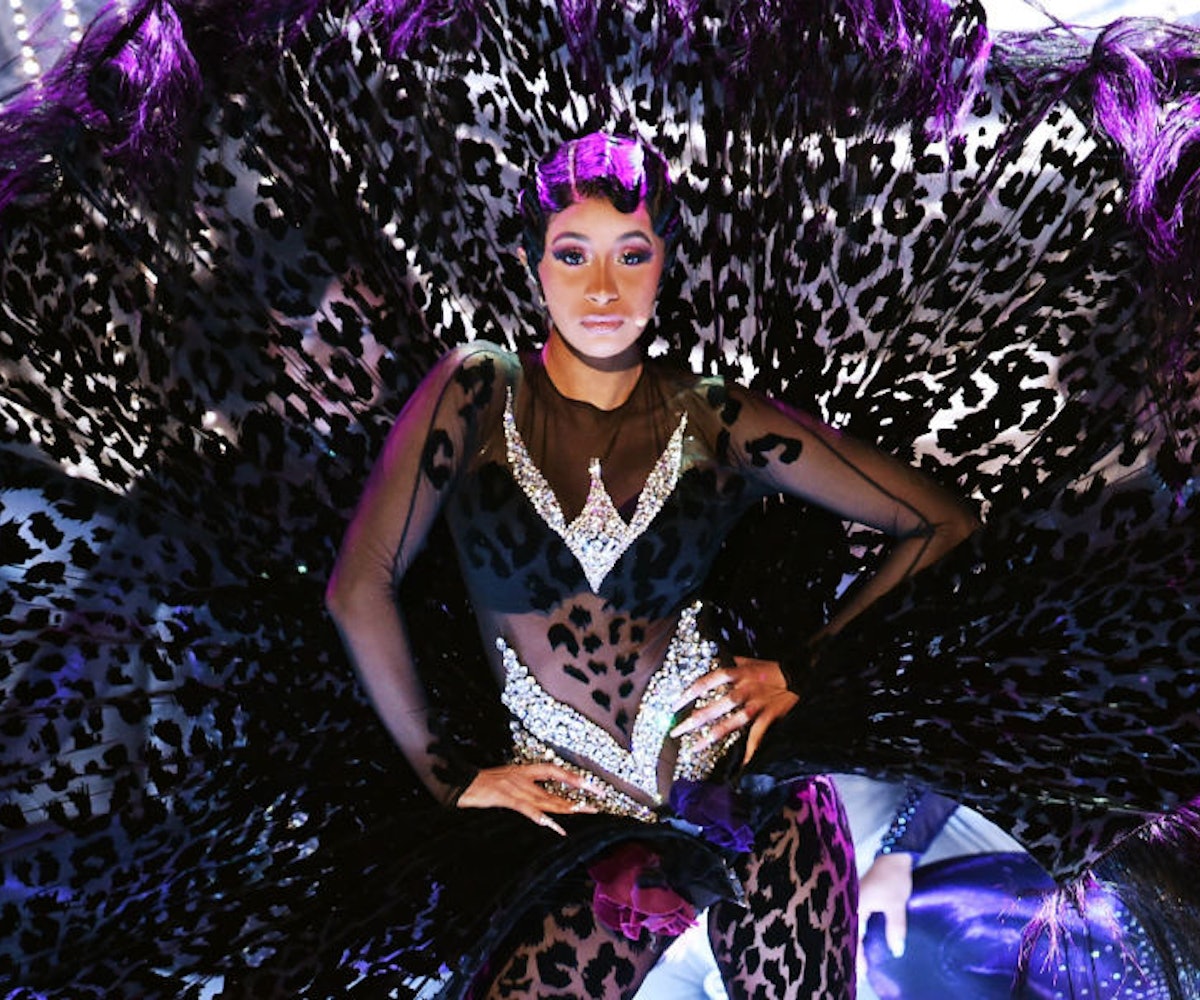 Photo by Kevin Winter/Getty Images for The Recording Academy.

An old video of Cardi B resurfaced, which shows the rapper addressing people claiming that she doesn't work hard for her money. During her impassioned speech, she shared that, back when she was a stripper, she would drug and rob men.

"I had to go strip, I had to go, 'Oh yeah, you want to f*ck me? Yeah, yeah, yeah, let's go back to this hotel,' and I drugged n***as up, and I robbed them," she says in the video. "That's what I used to do." The video then sparked people on Twitter to use the hashtag #SurvivingCardiB, referencing the name of the R. Kelly documentary that details the singer's alleged sexual abuse.

This comes after Cardi received criticism for wanting to trademark her catchphrase "okurr." More recently, in a different Instagram live video, she admits to not being perfect and also announces her plans to write a book about her life. "Let me tell you something," she says. "I am a rapper. I am a bitch that came from the streets that came to the industry. I wasn't a Disney channel star. I wasn't a nun. I wasn't a saint."

Not long after the rants and backlash, Cardi announced she was taking a break from Twitter for "a few days." But not before sending out one last tweet addressing her haters: