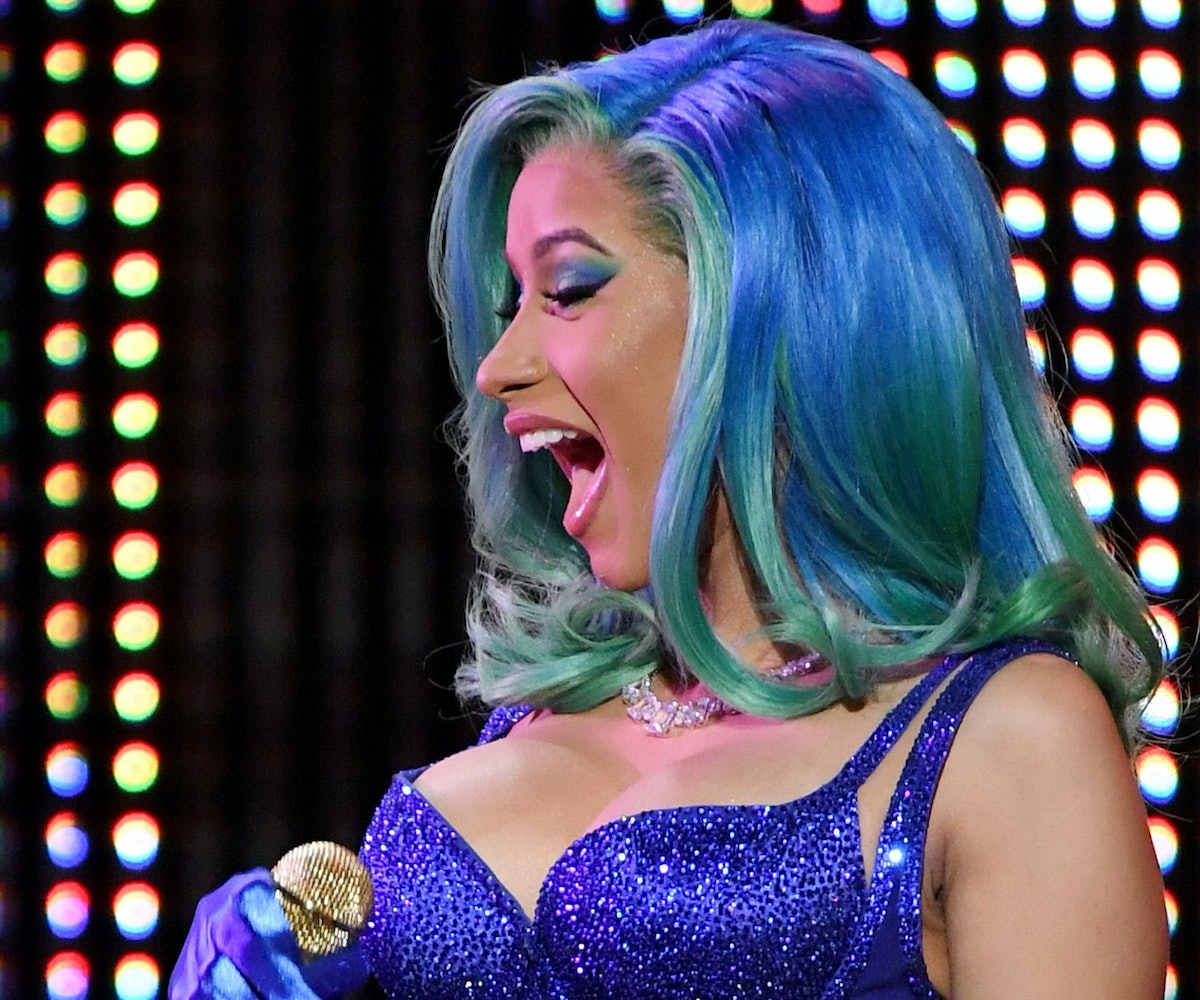 Cardi B, my new favorite political commentator, apparently has the facts to back up her statements. According to her high school AP Government teacher, she was an honor roll history student.

On Thursday, Joan Hill, one of Cardi's former teachers at the Bronx's Renaissance High School for Musical Theater and the Arts, seemed to have had enough of people questioning the rapper's intelligence. She took to Facebook to issue a statement to the trolls giving Cardi beef for speaking out about the government and "representing a political voice."

Among other revelations, Hill noted that Cardi "probably scored higher than you on the US History regents exam," and I believe her. She also raised an important point, saying, "You're not nearly as busy as her, and what have you done to advance political discourse in this country?" The trolls led by Tomi Lahren are definitely doing absolutely nothing of any importance. Hill also notes that Cardi "has a national platform and is using it to speak about things that are important," which should definitely be respected.

Cardi has actually spoken at length about her interest in history in interviews with Rolling Stone and GQ, so this backing from Hill isn't that surprising to us. Personally, I would have loved to have someone as fiery as her in my AP Government class.