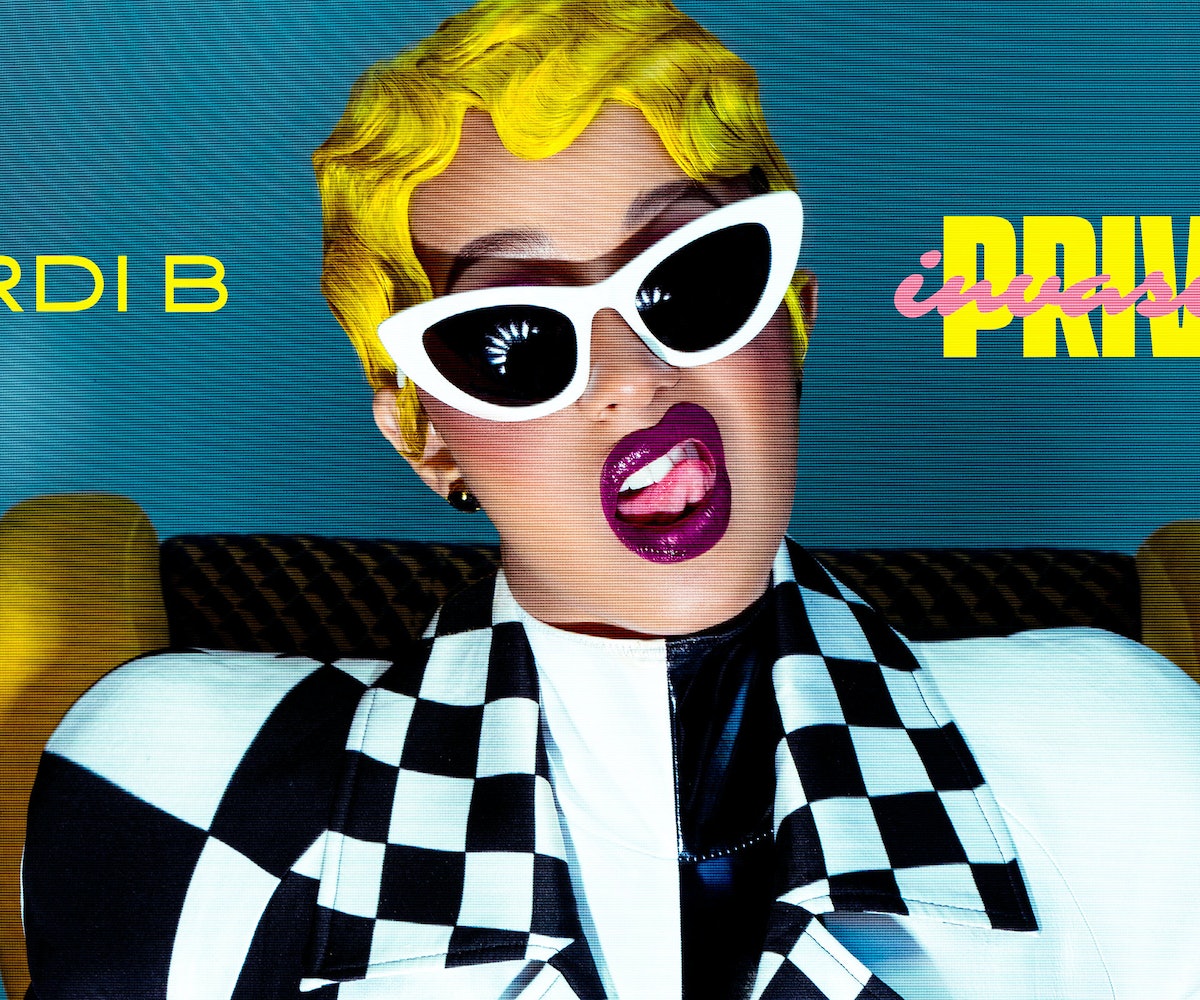 We all knew Invasion of Privacy was full of bangers, but now there's proof in the numbers as Forbes reports all 13 tracks are certified gold or higher by RIAA. Invasion of Privacy tied for the top-certified album of the year, alongside Post Malone's Beerbongs & Bentleys and Migos' Culture II.

Forbes points out that only three albums have managed to accomplish this feat in what they refer to as "the digital era," Invasion of Privacy being the first by a female artist. Twenty One Pilots' Blurryface and Kendrick Lamar's DAMN. also feature only tracks certified gold or higher.

"Bodak Yellow" maintains its position as the most successful track on the album, coming in at seven-times platinum, followed by "I Like It" at five-times and "Bartier Cardi" at two-times. "Ring," "Drip," and "Be Careful" are all platinum as well. The Fader notes that Cardi's sales success were not limited to her own releases; her collaboration with Maroon 5 "Girls Like You" is also certified platinum.

Currently, Cardi's breakout album is nominated for two Grammys, including Album of the Year and Best Rap Album. Billboardreports that the rapper is set to re-release this history-making album in the new year with an additional two tracks. No release date has been confirmed, but it's rumored to be January 25.

NEXT UP
Entertainment
Annie DiRusso Makes Indie Rock For Your Growing Pains
Entertainment
Beyoncé Is Now The Most Awarded Artist In Grammy History
Entertainment
Harry Styles' "As It Was" Grammy Performance Featured A Silver Tinsel Onesie
Entertainment
Taylor Swift Sparkled In Midnight Blue On The 2023 Grammys Red Carpet
Style + Culture, delivered straight to your inbox.