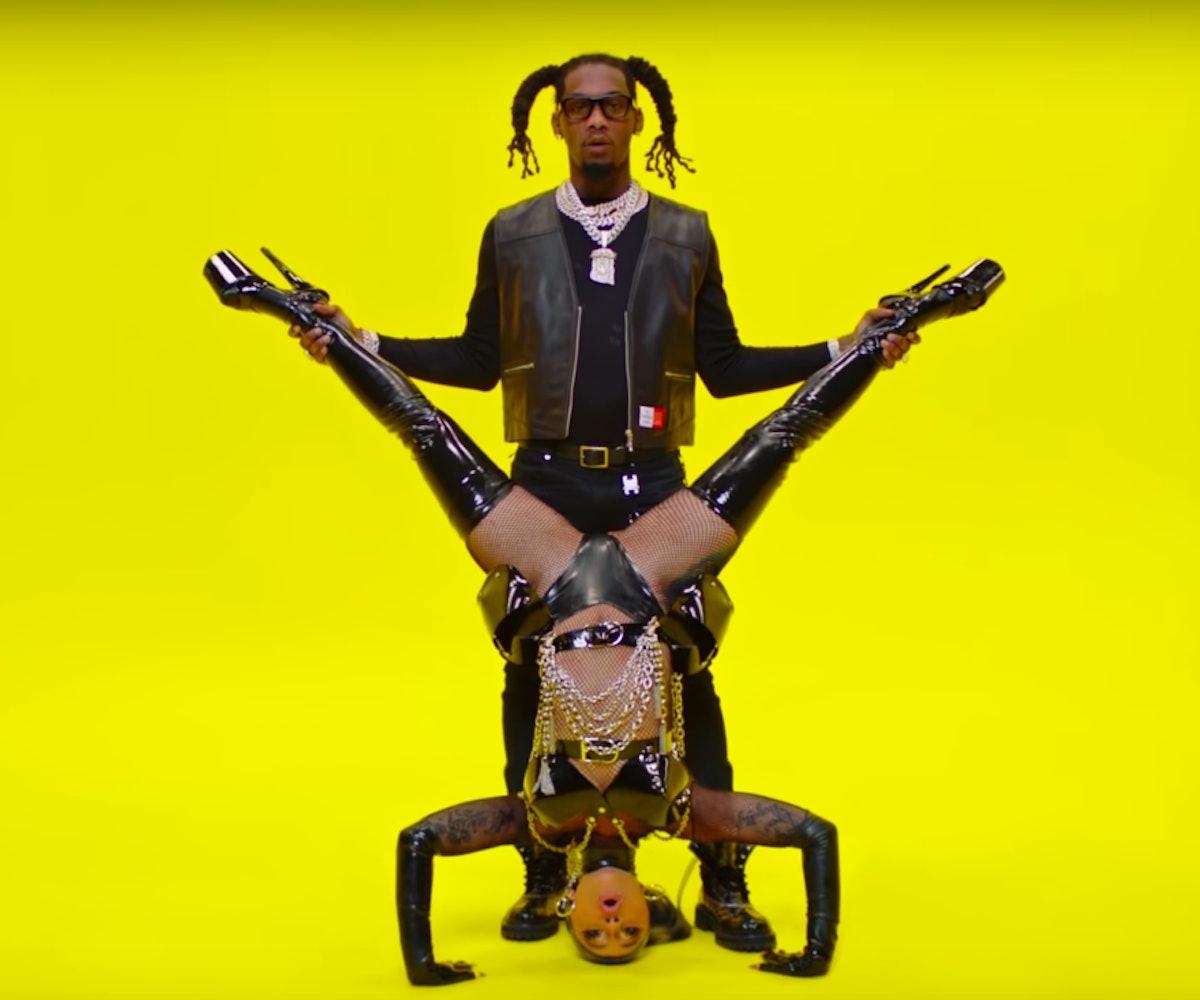 Set against a bright yellow motif, Cardi and Offset decided to adorn themselves in accoutrements that look ripped straight from a BDSM dungeon. There were more than a few fetishes represented that I could identify by name. The most obvious is a PVC/rubber fetish. Cardi wears a black vinyl number that includes thigh-high boots and a coned bra. Offset also sports some flared pants made of similar material. Then, there's the low-key sploshing scene where Offset takes a chainsaw to a multi-tiered cake. At one point, Cardi raps with her body buried under a pile of lemons, a nod to food play.

Fetishes aside, it doesn't take a body language expert to interpret their moves as sexual. Offset gets a good grip on Cardi's ass as he uses his other arm to hold her leg past his shoulder. In another scene, he sits in a chair as she straddles and twerks in his lap. Offset is named as one of the video's creative directors, so it's not far-fetched to think that he was possibly playing out a colorfully kinky fantasy with his wife. I don't hate it.

Check out the video for "Clout" below.