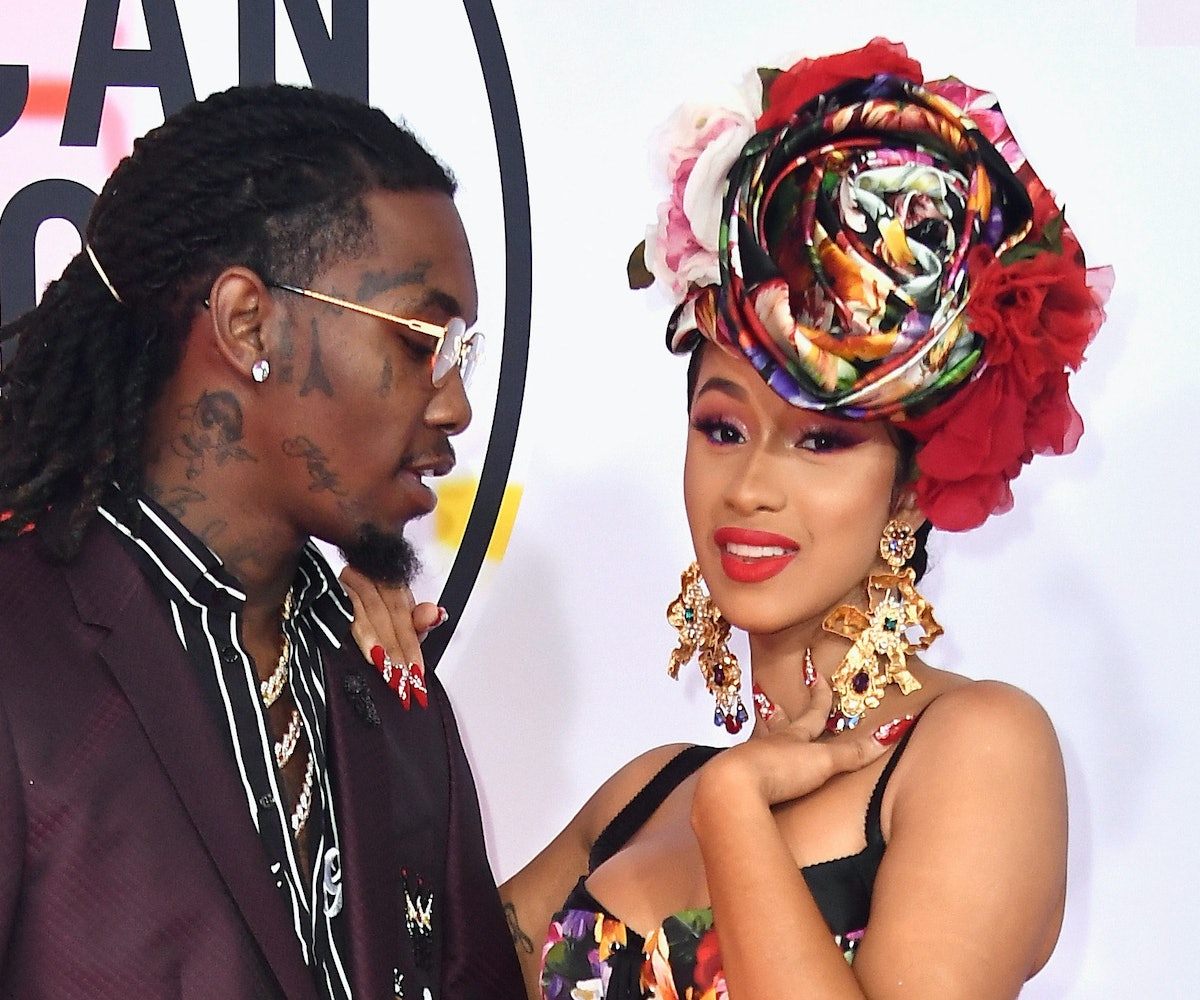 Cardi B announced in an Instagram video late Tuesday night that she and husband, Offset, are splitting up. The two have been together since early 2017, and have a daughter, Kulture, together.

In the video, Cardi says that she's "been trying to work things out with my baby father for a hot minute now... but things haven't been working out between us for a long time." We didn't see this coming, though, considering Cardi was talking about her future with the rapper in her October profile in W magazine.

She says that the two work great together as business partners, and will continue working together both professionally and in the raising of Kulture. She also notes that she and Offset remain close: "He's always someone that I run to to talk to, and we've got a lot of love for each other."

Cardi also maintains that there was no bad blood that contributed to their separation: "It's nobody's fault, we grew out of love." She also says that, while "It might take time," the two plan on getting divorced.