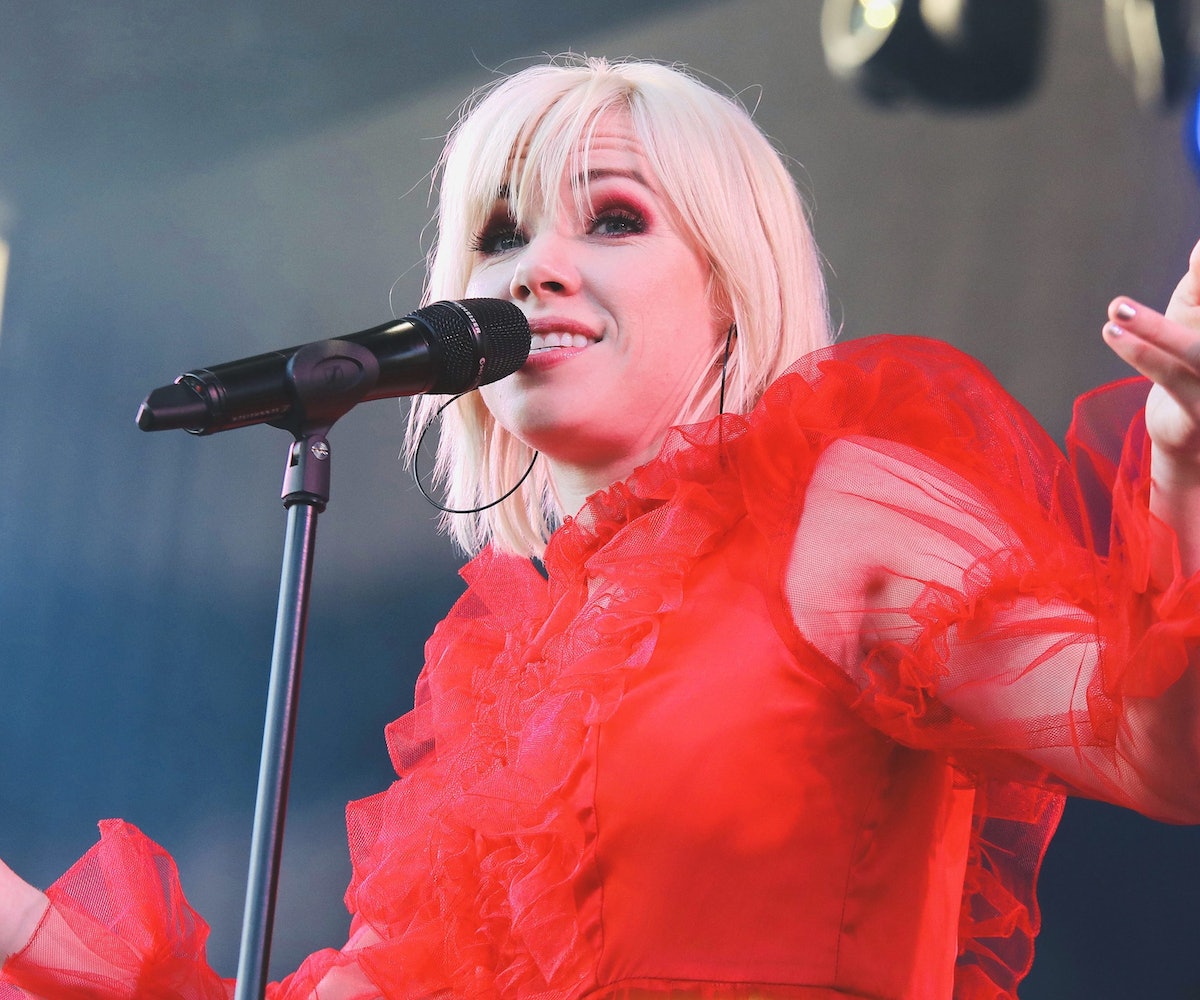 Carly Rae Jepsen just filled our hearts with hope, and then took it all away. Apparently, she recorded a full disco album, but it will never see the light of day because she has plans to bury it in her backyard. And disco dies again.

In an interview with SF Weekly, Jepsen revealed that she made an album called Disco Sweat, but that it will "probably never be released, and shouldn't." (We beg to differ! It absolutely should be!)

"I started off with a very strong intention to make an understated disco, living room dance party thing," she said about this album's sound. It was inspired by "going to Sweden and really digging into some ABBA stuff."

But alas, she doesn't plan to let it see the light of day. She continued to reveal that she went ahead with Dedicated, her most recent album, instead, because it allowed her to take influence from all different decades' music styles, instead of sticking to one time period, '70s disco.

We still get to hear a bit of what she was going for, though, in Dedicated, she said. "I think there are songs on the new album that achieved kinda what I was envisaging, I think 'Julian' is a good example of that."

Unfortunately, Disco Sweat likely won't be released on its own, and Jepsen has plans to not let it see the light of day. "That will be buried in my backyard," she said. But hey, if I make it onto her property, you better believe I'll come with a shovel and dig it up.

NEXT UP
Entertainment
Brendon Urie Officially Disbands Panic! At The Disco
Entertainment
Samia On 'Honey' & Saying The Ugly Part Out Loud
Entertainment
Gracie Abrams & Gia Coppola On The Joy Of Free-Flowing Collaboration
Entertainment
Bad Bunny, Lizzo, Kim Petras Will Perform At The 2023 Grammys
Style + Culture, delivered straight to your inbox.