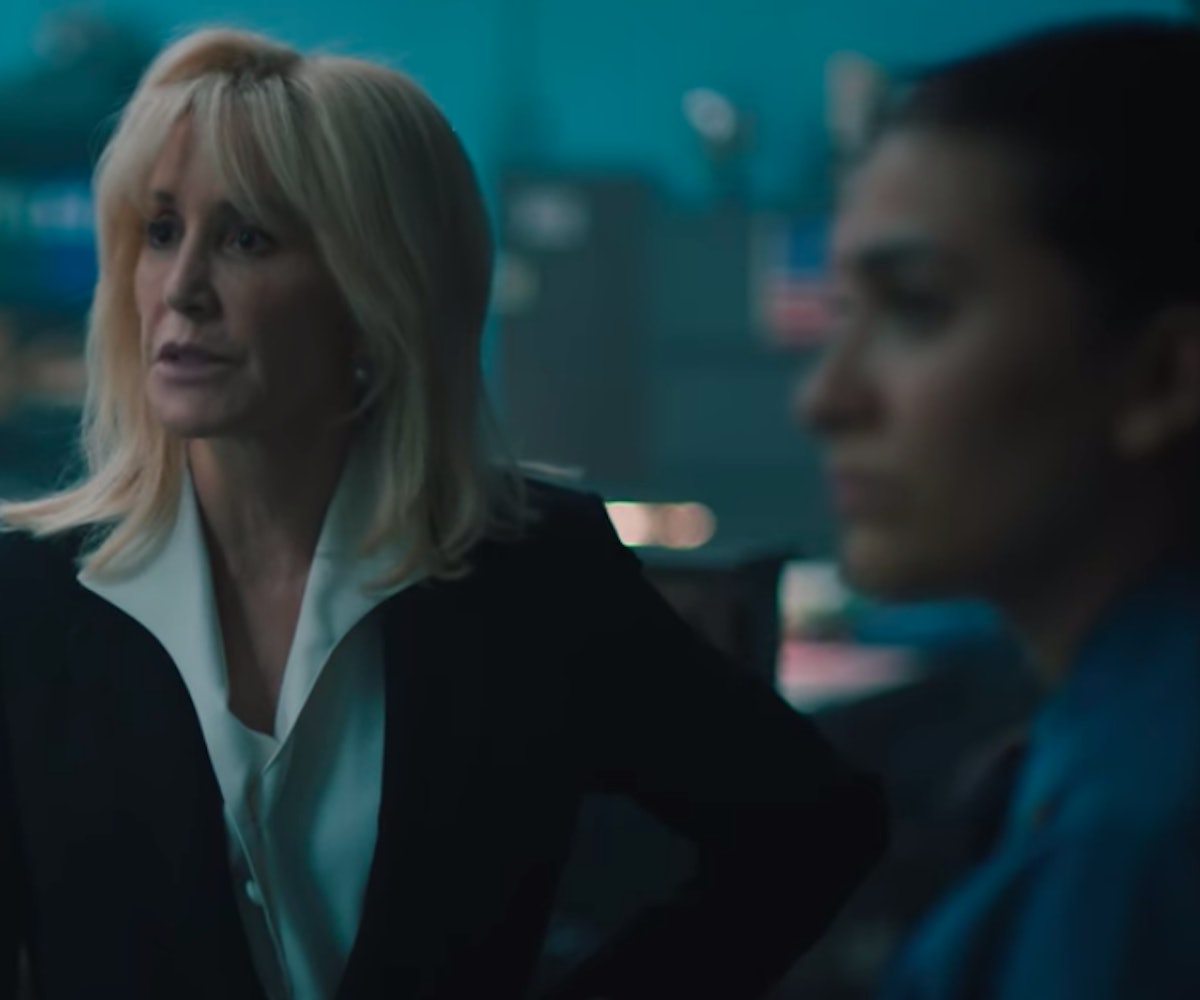 So many things went wrong, and so many people failed Kevin Richardson, Raymond Santana, Antron McCray, Yusef Salaam, and Korey Wise. Also known as the Central Park 5, this group of Black and brown men were only teenagers when they were falsely and maliciously prosecuted and imprisoned for the rape of a white woman, Trisha Meili, in New York City's Central Park in 1989. Their experience is now the subject of Ava DuVernay's Netflix series When They See Us.

A large part of the reason When They See Us is so hard to watch is because DuVernay makes clear just how many people were complicit in intentionally vilifying a group of young Black boys; a racist criminal justice system, dozens of attorneys and police officers, the media, and so many others didn't just turn their backs on these boys, but actively conspired against them. But there was perhaps no one more determined to pin this crime on these boys than prosecutor Linda Fairstein, portrayed by Felicity Huffman in the series. She is shown as being callous and heartless in her pursuit of these young men, allegedly doing it all in the name of women's advocacy. It is a horrifying example of the ways in which white feminism doesn't just support institutionalized racism, but is actually one of its most important pillars.

The night Meili was attacked, the five boys who would later be arrested were in Central Park as part of a larger group of boys who were in the park disturbing the peace. Santana and Richardson were arrested the same night in connection to other attacks that had taken place in the park; McCray, Salaam, and Wise were apprehended the next day. Based on the portrayal in When They See Us, Fairstein—who was head of sex crimes in Manhattan's District Attorney office at the time—insisted that all the boys involved in the separate attacks be rounded up for questioning in regards to the attack on Meili, who had been raped, severely beaten, and left naked and bound in a secluded area of the park. Doctors did not expect her to survive, and she was in a coma for days.

When They See Us depicts Fairstein insisting that sexual assault had become an "epidemic" in New York and demanding justice for Meili. Fairstein appealed to officers to aggressively pursue every Black boy in the park because, she says on the show, they "brutally raped a woman and discarded her like a piece of garbage." Fairstein also refused to hand the case over to the homicide unit—since everyone initially assumed that Meili would die from the injuries she sustained, this would have been typical—because she was personally adamant about seeing this case through. While, on the one hand, this behavior can be cast as Fairstein doing her best to be a powerful advocate for women, what is clear is that she had no problem doing so at the cost of young men of color. As the saying goes, the road to hell is paved with good intentions.

DuVernay depicts Fairstein as not only overlooking discrepancies in the timeline of the crime but also breaking protocol in interviewing underaged suspects, and using phrases like this to rally officers in their pursuit:

"Every young Black male who was in the park last night is a suspect.""These kids were on a rampage.""And to think we were going to release these animals to family court.""Go into those projects and you bring in every little thug you see."

Fairstein's refusal to acknowledge the humanity of the young boys, and her commitment to fueling the public's safety fears with racist stereotypes, not only shows how the Central Park 5 never stood a chance, but also is reflective of the ways in which—in pop culture and in real life—people of color have long been erased and harmed for the sake of white women and their social, political, and personal agendas. This can be seen in everything from Meryl Streep's misguided 2016 comment, "We're all Africans really," to the 53 percent of white female voters who helped Donald Trump get elected, to Lena Dunham accusing Odell Beckham Jr. of being a misogynist for not speaking to her at the Met Gala, to Emmet Till being murdered under the false assumption that he whistled and made advances at Carolyn Bryant, to the way Taylor Swift rode a decade-long wave of victimization after being merely interrupted by Kanye West. And it was definitely present when Fairstein started a crusade for "justice" that forced five Black boys to become men in prison. Every last one of these examples involves making people of color pay for the idea that the protection and support of white women is the only thing that matters.

One of the luxuries of white privilege is cultural blinders, and white feminists have been notoriously blind to all the ways in which their whiteness is a huge privilege. These blinders prevent white women from considering how racial minorities might experience the world differently than they do; these blinders make it difficult for white women to see the ways in which their experience of sexism does not mean that they aren't capable of being prejudiced themselves. And so, they don't question their own assumptions about those groups. And they prioritize their difficulties as women over the bigotry experienced by people of color. This is exactly why people of color have been taught to be cautious about the ways in which our very existence can be misinterpreted in the eyes of white people—but we are in just as much danger when they don't see us, or our humanity, at all.

When They See Us is out on Netflix now.

NEXT UP
Culture
Phoebe Dynevor Will Not Return for Bridgerton Season 3
Culture
Succession Season 4 Trailer Explodes With Family Drama
Culture
6 Shows To Binge Once You've Finished 'The White Lotus'
It Girl
Madison Bailey Is Embracing The "Elegance" of Being in Her Mid-20s
Style + Culture, delivered straight to your inbox.