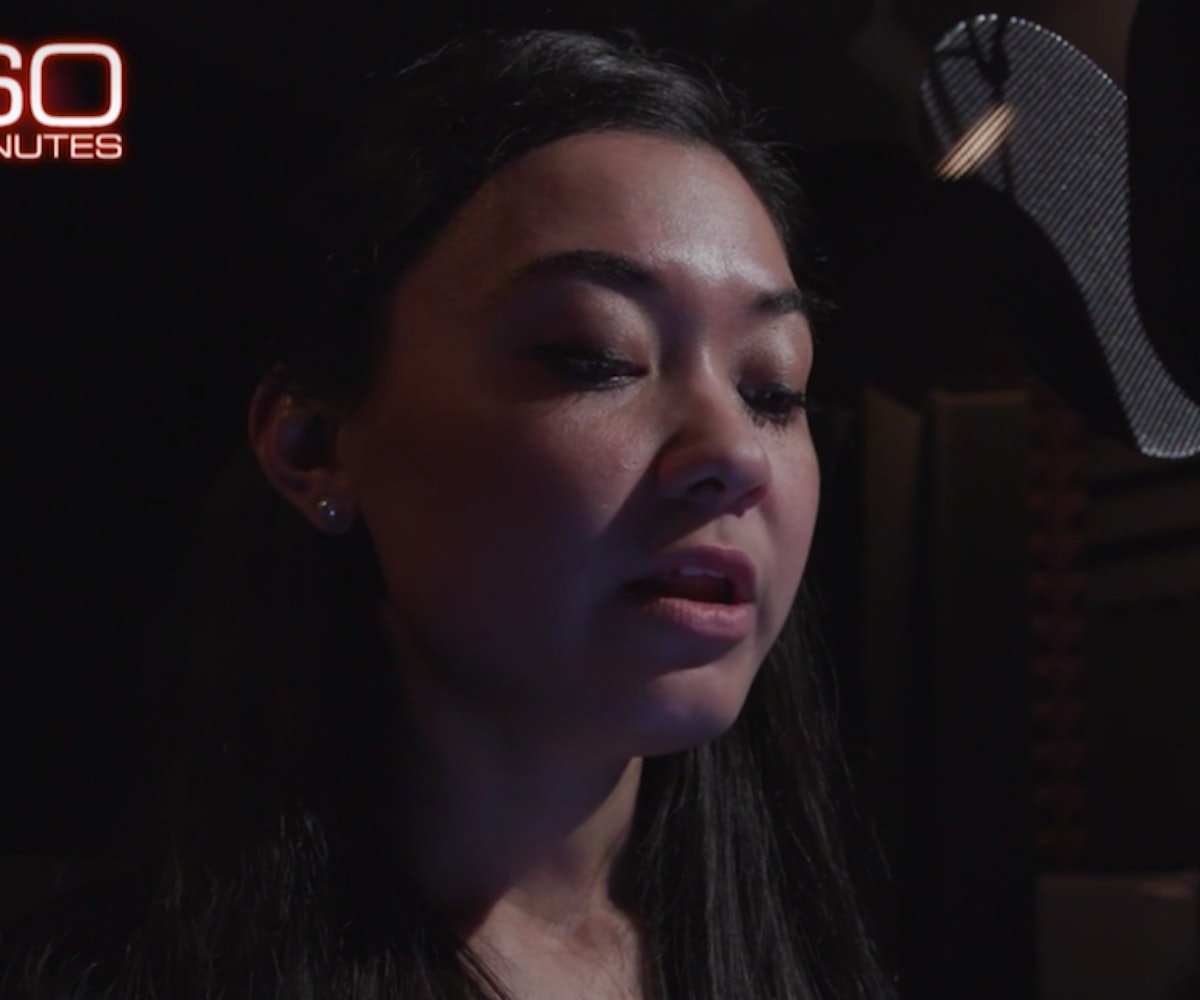 Chanel Miller, previously known to the world as "Emily Doe," has come forward as the sexual assault victim of Brock Turner. Three years after the highly publicized case began, Miller has given her first interview to 60 Minutes, and read aloud her emotional victim impact statement on camera. In a new report by The New York Times, Viking publisher has also announced Miller's forthcoming memoir, Know My Name, due out later this month.

Today, 60 Minutes shared the footage of Miller reading her statement; the full interview will be aired on September 22 at 7:30pm EST on CBS. "In newspapers, my name was 'unconscious intoxicated woman,' 10 syllables, and nothing more than that. For a while, I believed that that was all I was," she states. "I had to force myself to relearn my real name, my identity. To relearn that this is not all that I am. That I am not just a drunk victim at a frat party found behind a dumpster, while you are the All­ American swimmer at a top university, innocent until proven guilty, with so much at stake."

In an interview with NYT, Viking editor-in-chief Andrea Schulz revealed that she and Miller talked on the phone weekly during the process of writing her memoir, using "pages of court documents and transcripts of witness testimonies she had not been allowed to hear during the trial" to process her experiences as she wrote. Schulz also reveals that the Know My Name cover art is "inspired by the Japanese art of kintsugi or 'golden repair,' in which broken pottery pieces are mended using lacquer and powdered gold," and is meant to be representative of Miller's experience. "It is one of the most important books that I've ever published," Schulz stated, as it could "change the culture that we live in and the assumptions we make about what survivors should be expected to go through to get justice."