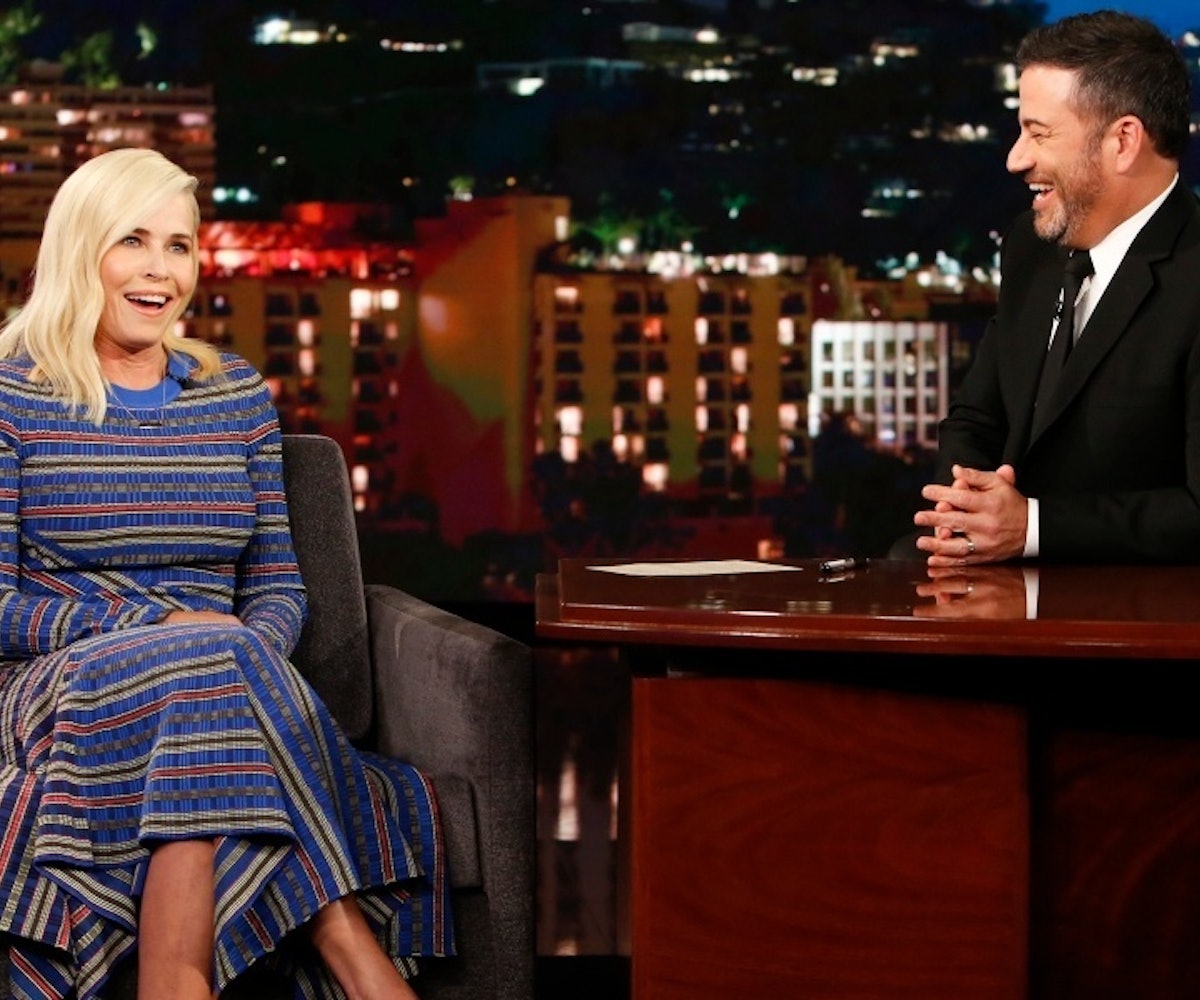 You may not have noticed, but Chelsea Handler is undergoing a bit of personal and brand transformation. She's still a crass comedian… but now she's "woke."

Case in point: She made a Netflix documentary that comes out this week called Hello Privilege. It's Me Chelsea where she goes around the country to learn more about her white privilege and how to "be a better white person to people of color." Clearly she needs it because she told Jimmy Kimmel that on the very first day of filming, she slapped a Black woman on the ass without her consent.

She told Kimmel that after the woman sang a song during an open mic, Handler hugged her and then smacked her on the butt. She thought her gesture was sisterly and fun until she got a phone call the next day putting her on notice that the woman was upset. Handler says she was at first defensive, using the excuse that she wasn't "hitting on her." But when she spoke with the woman on the phone, she got an earful. "For years and years and years, Black women have been defined by their hair and their asses. You have no right to touch my body," is what the woman told Handler. That's when she realized her intentions don't matter against how her actions make someone else feel.

After figuring that out, Handler, who considers herself to be a "very affectionate person," wanted to know if she was still allowed to touch white people without their consent. Netflix informed her that she could not.