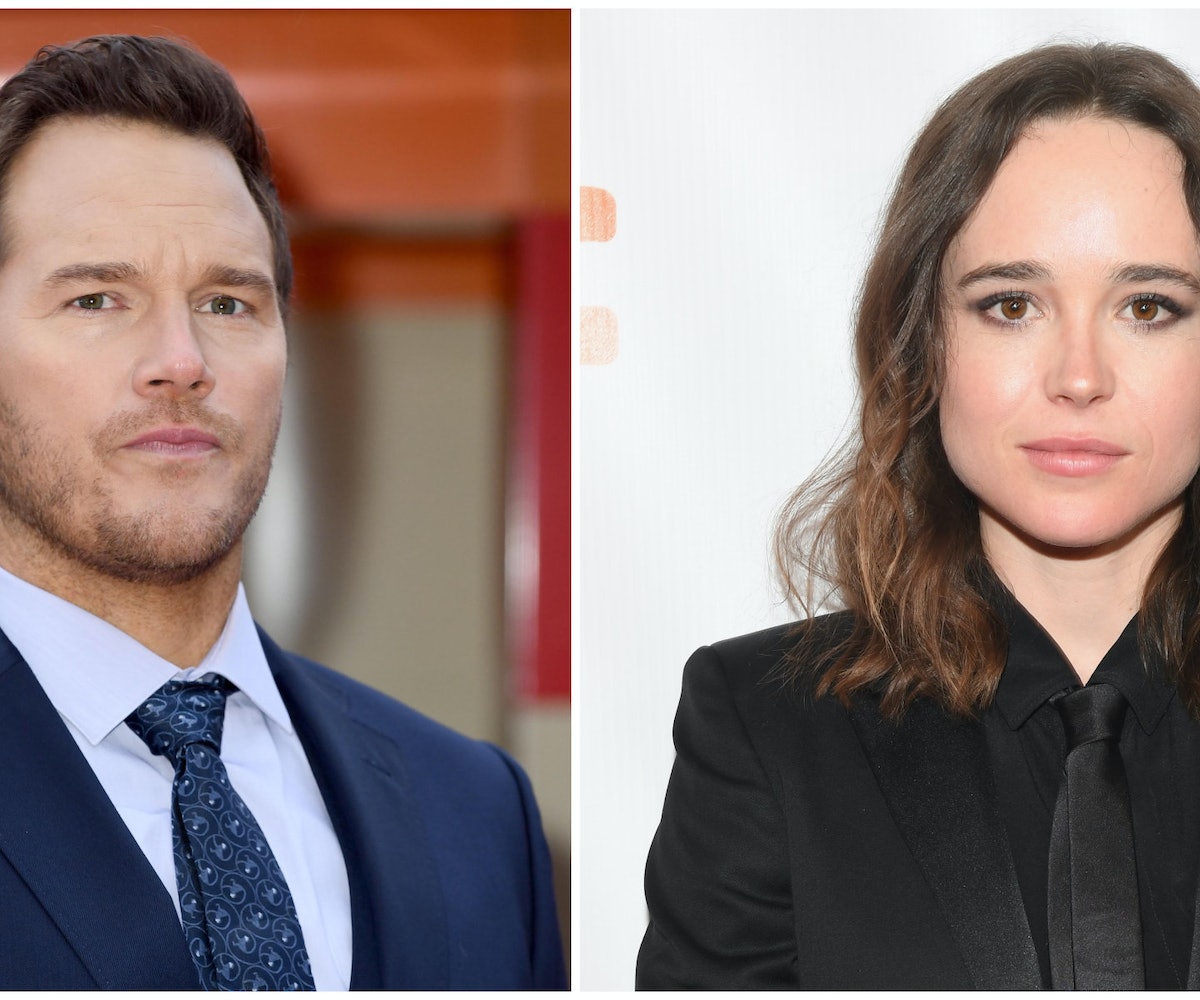 Chris Pratt has addressed Ellen Page's assertion that his church, megachurch Hillsong, is "infamously anti-LGBTQ." In a lengthy post on his Instagram story, the actor seemed to dismiss her concerns while failing to acknowledge Hillsong's homophobic history.

"It has recently been suggested that i belong to a church which 'hates people' and is 'infamously anti-LGBTQ,'" the post begins. "Nothing could be further from the truth. I go to a church that opens their doors to absolutely everyone." It's possible that Hillsong allows everyone to come in, but this does not make up for the fact that the church has fired pastors for coming out as gay, distanced itself from openly gay leaders, and allegedly even suggested conversion therapy to gay members.

Pratt then goes on to compare LGBTQ acceptance to acceptance of straight couples who get a divorce. Referencing his divorce from Anna Faris, he says that "despite what the Bible says about divorce my church community was there for me every step of the way, never judging, just gracefully accompanying me on my walk."

"They helped me tremendously offering love and support, he says. "It is what I have seen them do for others on countless occasions regardless of sexual orientation, race, or gender." I'd like to see some receipts, personally.

Pratt concludes by distancing himself from the church altogether to claim that he, personally, is not homophobic. "My faith is important to me but no church defines me or my life, and I am not a spokesman for any church or group of people," he says. "My values define who I am. We need less hate in this world, not more. I am a man who believes that everyone is entitled to love who they want free from the judgement of their fellow man."

It's great that Pratt himself claims not to be homophobic, but his way of addressing the issue basically did nothing at all. He both stood by his church and distanced himself from it, and seemed to dismiss the facts of the documented homophobia in his church rather than acknowledge them. And, as a gay person who went to church her entire life (churches like Hillsong, no less), I can say that it is much worse in the eyes of "progressive" churches like this to be gay than it is to be straight and divorced.