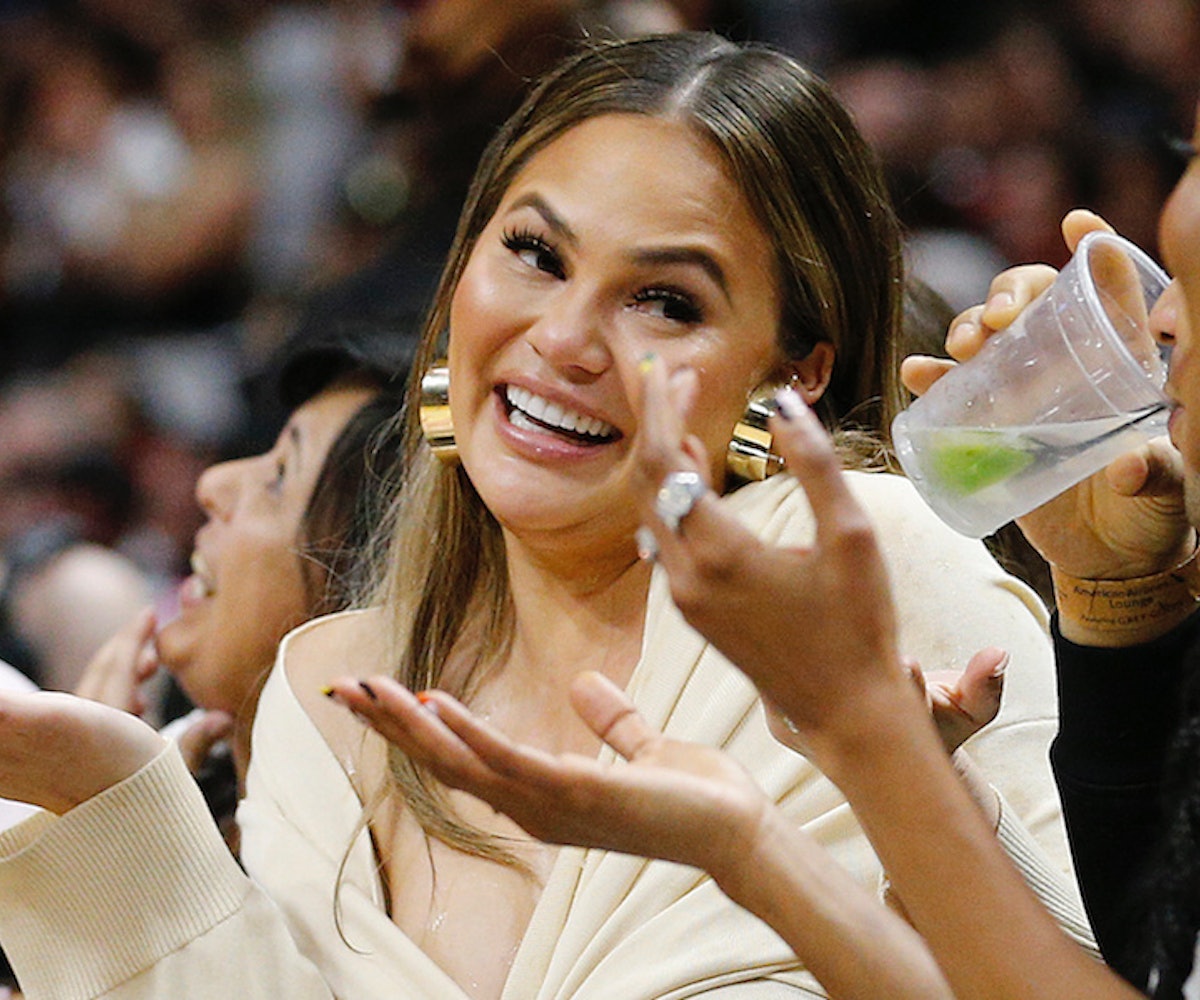 Chrissy Teigen, a model, cookbook author, and television personality, has a few characters to spare on Twitter for crusty critics of her TIME 100 Most Influential People of 2019 list inclusion.

In his ode to Teigen, On the Table host and chef Eric Ripert praised her for her cooking and personality. "She might come off as lighthearted, [but] Chrissy's cooking is truly excellent. She's a true perfectionist and extremely precise. She remembers where she came from, and she's very proud of that," he wrote. "She's very opinionated, and I love her for it." Same.

Unfortunately, some did not agree with Teigen's well-deserved addition to the list. When FOX News host Laura Ingraham came after Teigen, attempting to diminish the validity of her inclusion by complaining about Teigen advising women to say "fuck you" more, Teigen did not mince her words. "Corny monster," Teigen wrote on Twitter. "There were 1 million other ways to try and take me down and this is what you choose? Fuck you."

It didn't end there. As the perfect conclusion, Teigen recommended an apt honor for Ingraham. "When TIME comes out with their 100 most influential white supremacists list, I promise I won't question your worthiness," she wrote, adding a GIF where Ingraham throws up a Sieg Heil salute before waving at a crowd.

But Teigen definitely knows how to choose her battles. Amongst the other "corny monsters" was Piers Morgan, who notably likes to shit all over womenin thespotlight. Morgan attempted to elicit a reaction by calling her "vile," but we know that's really him.